This one thing could be destroying your relationship with your child

TL:DR – Your kids notice when you’re not actually there!

In this digital age where far younger children are getting exposed to electronic devices, it is easy to assume that their use of technology on a regular basis is causing them to become aloof with people around them, including us their parents. And while we try to find out what experts have to say on the internet on how much you should allow them to use smartphones, tablets and computer—be it for learning or for playing—we tend to neglect to monitor how much time we allow ourselves looking at these devices.

Believe it or not, a strain in your relationship with your child can begin not only when you prohibit your child from using digital devices, but when you don’t limit yourself from using them. Distracted parenting happens when one can’t get off of your phone or stop staring at your screens—even when around the kids. This results in these children begging for attention from their phone-distracted parents.

But now, technology plays a key part in our lives—making a lot of things so much easier with just a couple of clicks. So just how much screen time is too much for adults?

Have you thought about how much screen time is too much for adults? 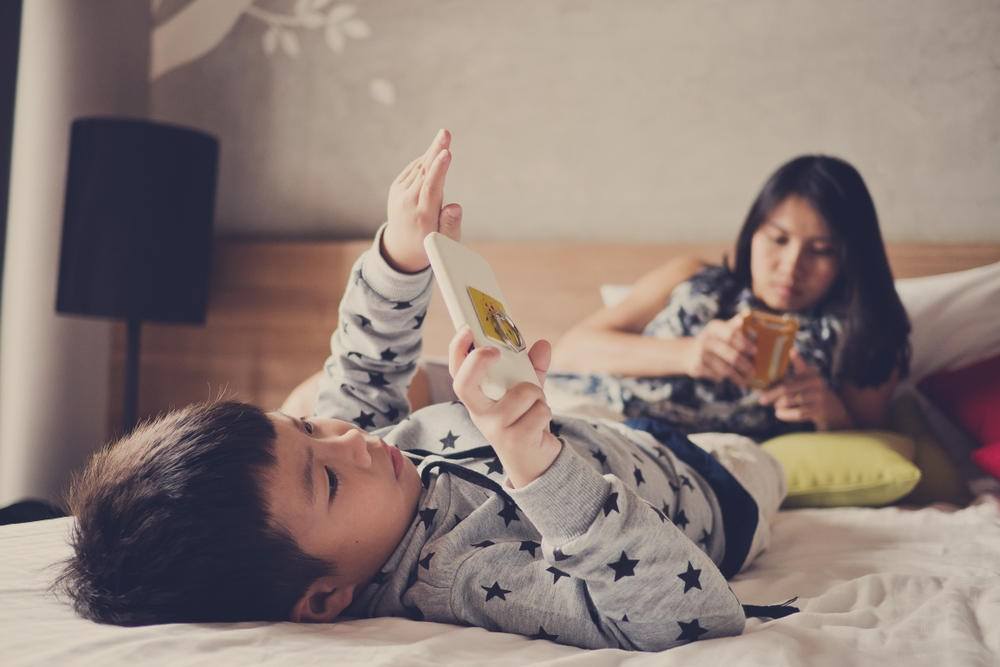 Remember the last time you were on your phone and felt someone tug at your sleeve or some seemingly-distant voice calling “mum! mum…look here”? This is exactly what happened to CNET’s Ian Sherr who wrote: “I can’t stay off my phone. And I’m afraid it’s hurting my 2-year-old son.”

Ian’s wife, Laura, expressed her concern that “that in the future, [their son will] feel like [they] weren’t active parents.”

And they are not wrong. A study has found that children of parents glued to their phones feel unimportant. Kids feel deprived of attention when a parent constantly chooses to focus on their phone. More worrying still are studies have also found that kids with cellphone-distracted parents are more at risk for accidents and injuries in the playground.

So how much screen time is too much for adults? Whatever the number is, anything less than “all the time” will be significantly better. A recent study showed nearly 40 per cent of 18- to 29-year-olds are online all the time, while most of us spend nearly 5 hours looking at our mobile phones.

There is so much content on the world wide web that it’s actually easy to get lost in this ocean of information of viral videos and dank memes. There’s a lot of useful info as well, but the main issue is that time spent looking at our phones is time and energy not spent on being with your child.

But what exactly are the effects of looking at your mobile on your children? After all, it’s not your kids who are glued to their phone? “How bad can it be?”

The effects of parents using their phones on children 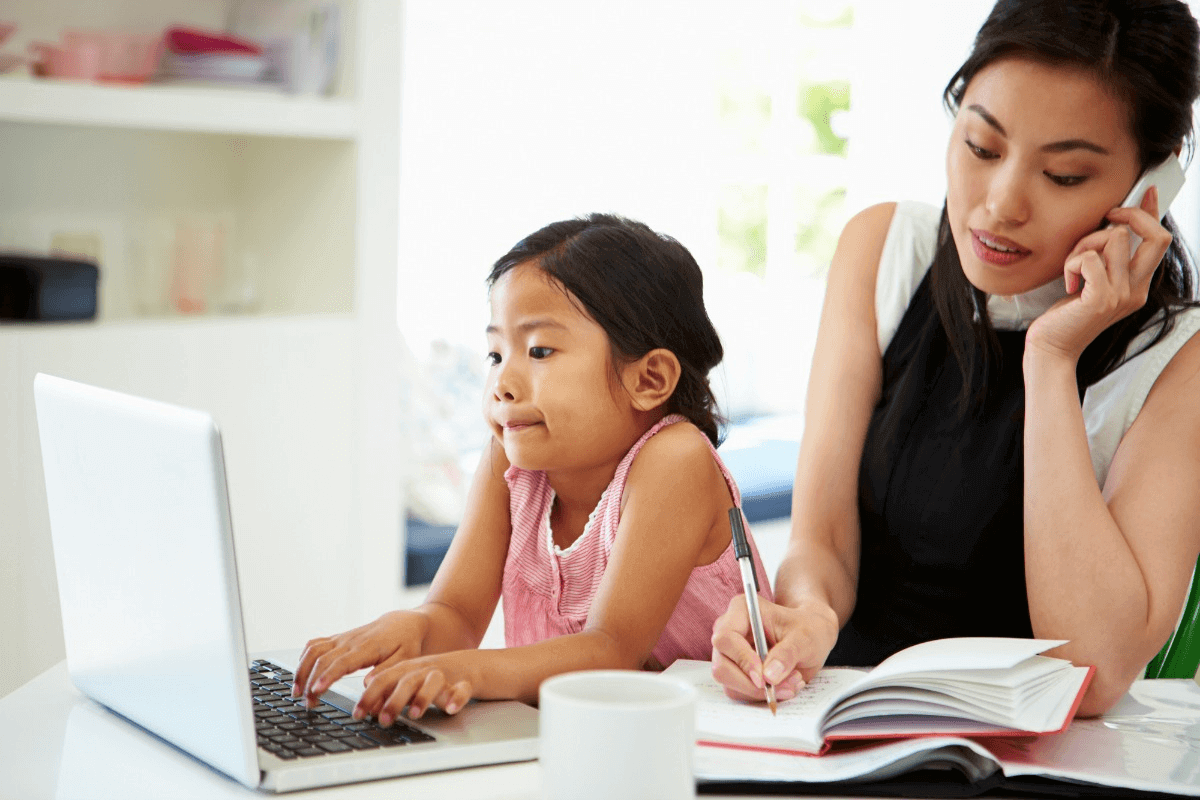 If you’ve ever experienced your own example of the situation described above, then you might have come across “technoference.” This term coined by Dr Brandon McDaniel is a hybrid of “technology” and “interference”. While this word hasn’t officially been added to the dictionary yet, it basically refers to disruptions in your daily routine because of technology.

Parental technoference has been studied before the term came about. The first study that looked at this was in 1975 by Dr Edward Tronick in the famous “still-face experiment”. Researchers found that infants become visibly withdrawn if the mums don’t respond to the infants’ cries for attention.

A team at Hunter College and The Graduate Center at The City University of New York tried to replicate this experiment with mobile phones. Instead of becoming withdrawn, the results showed kids actually learn how to play more by themselves.

The long and short of all of this research around technoference point towards the unmistakable effect it has on your kids. They notice that you’re not there. I mean, your body is there, but you aren’t there. The evidence indicates that if you are so caught up on the latest trends and catching up on your Instagram feed, it will become ingrained in your kids’ minds that you weren’t there, and they have to learn how to cope on their own.

Becoming aware of technoference is the first step to avoiding this from happening. The next step is being proactive in making sure technology helps you, and not be a hindrance.

How to shut down technoference from your daily life 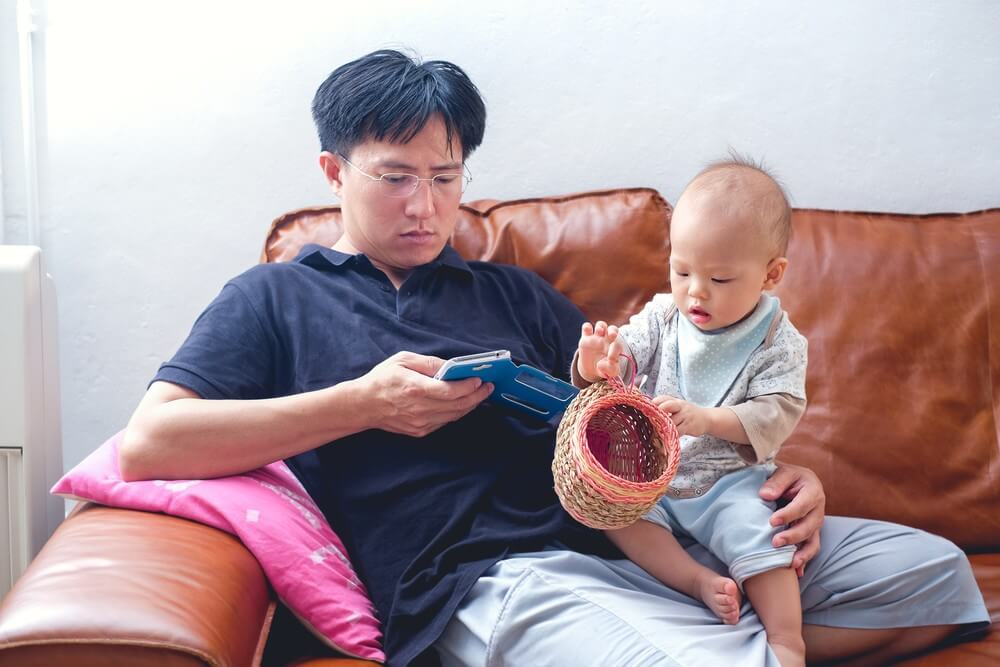 Parental technoference becomes an issue if your little one is constantly asking for your attention while your eyes are glued to the phone. It’s no wonder researchers say smartphones are like cocaine. We become dependent on them so quickly that we get annoyed with people when they interrupt us while we’re browsing. It might be a really important email. It could be breaking news. You might just be casually checking something out. But it’s a distraction from your role as a parent.

Mum, preventing technoference can be achieved in small and achievable steps. Try these tips to ensure you’re the best parent you can be.

Be a good role model 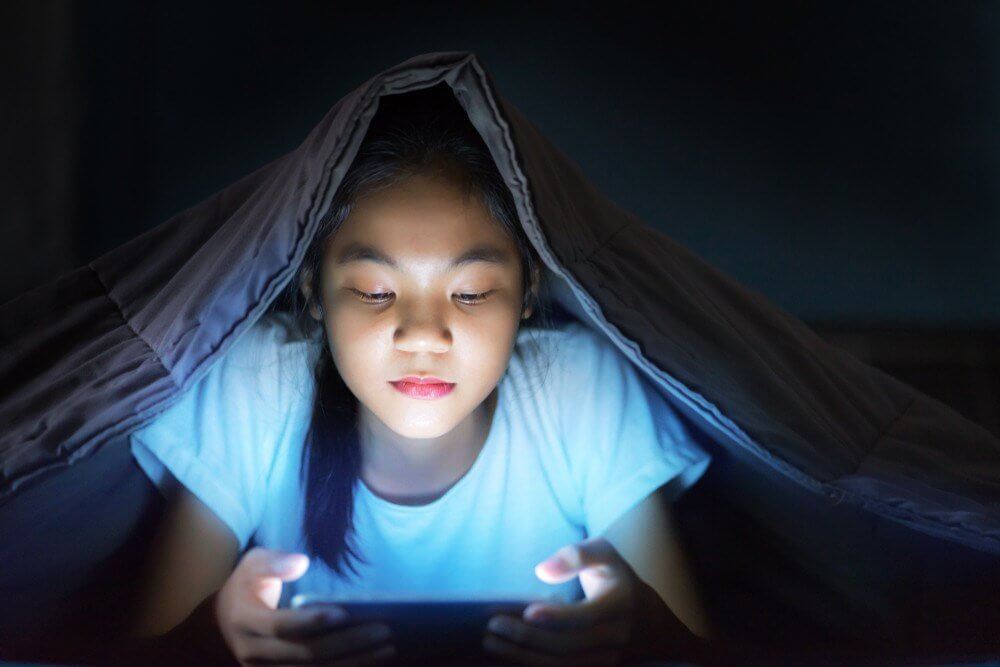 Parents should worry less about kids’ screen time—and more about their own.

It can feel easier said than done. But your kids are information sponges. They see and hear everything like super trained spies. And they use the information they sneakily store to make assumptions on how they should behave. Because your little one looks up to you. You’re the world to him, and if you do something, it means it’s right.

Start cutting down on technoference by reducing how much time you use your phone. Think about what you’re using it for and if it’s a high priority. It doesn’t mean completely neglect me-time. Instead, you should…

You probably use your phone even for work purposes. And that’s okay. You also need me-time to stay sane, which is good for the family. But how do you model a positive attitude around technology?

If your little one is okay playing by himself, then take a break. You can also check in on him after a few minutes just to give him a hug, or ask about the super cool train that’s going “chugga chugga choo choo.” However, if your little one wants your attention, then it’s time to put him before the expensive rectangle in your hand. Ignoring him for too long leaves him feeling unwanted. But asking him to wait teaches him patience. You could set a minute-timer and explain to him you need to tend to something real quick. But if you do that, it’s important to stick to your promise.

No phones at the dinner table 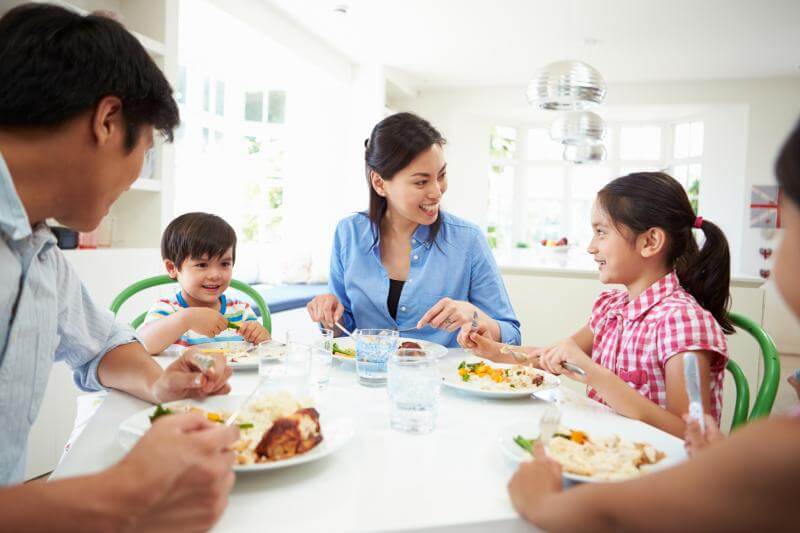 Enforce this rule by setting a phubbing jar. Phubbing, for the uninitiated, is snubbing other people by playing on your phone. It’s like a swear jar. Set the expectations clear that if anyone is caught using their phone for non-emergency purposes, then they have to donate to the phubbing jar.

If they can’t use it, so can’t you

When you tell your kids not to use digital devices, it’s best to lead with example—show them you’re not using them too! When you commit to spending time with your little one, be there in the moment. You will both enjoy the time more and become closer when there’s no phone to distract you.

Parental technoference can become a daily occurrence without us realising. There isn’t a simple formula to correct this. We can’t remove smartphones and technology from our lives. But we can change the way we use them. And your kids will notice.