Everything about the new drone laws 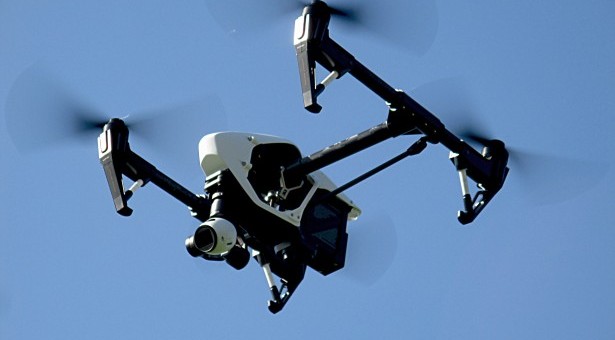 Unmanned aerial vehicles (UAVs), commonly known as drones, are aircrafts controlled remotely by people not on board the machine. Cameras may be attached to allow them to take aerial photos or videos of their surroundings. Drones have become more popular in Singapore for both recreational and commercial activities as they become increasingly inexpensive.

If not properly operated, drones may pose safety concerns. According to Minister for Transport Lui Tuck Yew, there have been at least 20 reported incidents involving drones since April 2014. This year, there have been two incidents of drones falling onto MRT tracks so far. In both cases, the drones had been flown near the tracks and their operators had lost control of them.

To better regulate the operation of drones and reduce the occurrence of accidents, the Unmanned Aircraft (Public Safety and Security) Act 2015 has been passed and is now in effect as of 1 June 2015. The Act makes amendments to the existing Air Navigation Act (ANA), Air Navigation Order (ANO) and Public Order Act. The law on drones will be administered by Singapore’s existing aviation authority, the Civil Aviation Authority of Singapore (CAAS).

The situations in which a permit is required to fly a drone are:

Permit needed to fly drones within 5 km of aerodromes, or at heights greater than 200 ft

Aerodromes are areas and buildings used for aircraft-related activities such as taking off, landing and servicing. Examples of these include airports and military airbases. As these are sensitive areas, drones cannot be freely flown near them. Drones also cannot be flown too high as they may interfere with flight paths of aeroplanes.

Accordingly, under section 72D of the amended ANO, drones cannot enter within 5 km of an aerodrome or be flown at heights greater than 200 ft (equivalent to about 60 m or 12 building storeys) above mean sea level. If you wish to do either, you will have to apply for a permit.

Under section 80 of the same Order, persons found guilty of operating their drones within 5 km of aerodromes or at heights greater than 200 ft without a permit will be fined up to $10,000 and up to $20,000 for subsequent convictions.

The Minister for Transport may restrict the number of places in which drones can be flown by declaring certain areas as protected areas. If you wish to fly your drone in these protected areas, you will have to apply for a permit. A list of protected areas may be found in the Air Navigation (Protected Areas) Order 2015. Examples include police stations, airports and the Istana.

Similar to protected areas, the CAAS may also designate certain areas to be restricted areas or danger areas where drones cannot be flown without permits. These areas primarily consist of areas where military operations are conducted. The list of restricted areas and danger areas is regularly updated in the Aeronautical Information Publication Singapore, which contains essential information on air navigation in Singapore.

Under section 80 of the ANO, persons found guilty of flying their drones in restricted areas and danger areas without a permit will be fined up to $10,000 and up to $20,000 for subsequent convictions.

So which permit(s) will I need and how much will they cost?

The table below lists the permits required for the various drone and operation types.

you will not need a permit to fly it.

The permit fees are as follows:

Applications for permits have to be submitted at least 2 weeks in advance. You can expect to obtain your permit(s) between 5 to 10 working days, depending on the types of permits required.

You may apply for a permit here.

For more information, you are advised to contact the CAAS directly, which will be able to give you further advice tailored specifically to your situation.

Apart from obtaining the required permits, do remember to exercise utmost care when handling your drone. On 31 May 2015, popular singer Enrique Iglesias attempted to pull his regular stunt of reaching for a camera-equipped drone in flight during a concert in Mexico. Instead of giving his audience a better view of the stage however, he accidentally grabbed the drone’s blades, slicing open several fingers in the process. He later had to see a specialist for reconstructive hand surgery.

Yuk Lun Chan
Yuk Lun is the founder of SingaporeLegalAdvice.com. He writes articles, runs the website, and enjoys going around talking to lawyers.