How to deal with a bully, according to my bullied 7-year-old

Dealing with a bully can be a challenge both for the bullied child and the parents. Here’s what experts say you should do, plus a seven-year-old’s golden advice.

My son’s school proudly proclaims that “There is no bullying in [insert school name here].” That’s not true, of course. It’s a statement of intent; it’s a goal. But of course there’s bullying. And it happened in my son’s class. It happened to him. Dealing with a bully is a difficult situation that leaves parents helpless, frustrated and angry. Meanwhile there are serious effects on children that can last a lifetime. But what can you do when your child is being bullied? 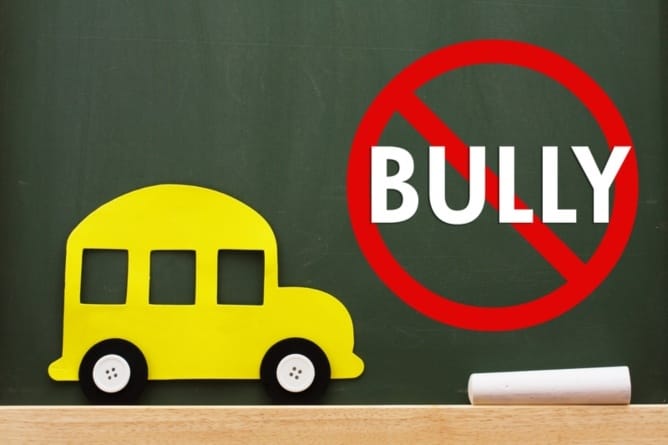 Dealing with a Bully

Alright, I admit it. Maybe I panicked a little. My son was being bodily harmed. This knowledge can trigger all kinds of alarms in a parent’s head. You may want to storm the school, confront teachers, confront the child’s parents, confront the bully himself, but for now, don’t. At this moment, you need to get a clear picture of the situation before you break down any doors, or – God forbid – break any faces.

For example, I had always suspected that my son might be a target for bullies. He’s skinny, nerdy and a little weird – he sticks out – and bullies are quick to spot children who are different, or easy targets. However, I soon learned after more questioning that this wasn’t the case here. The bully was an equal opportunity thug who basically lashed out at anyone who was in range – anything from extremely rough horseplay to mean pranks and some unprovoked hitting. In fact, many of the other parents had begun to complain…

Yes, you read that right. Countless experts advise telling the authorities about the bullying. This way, teachers are alerted to the fact that bullying is happening and can provide the guidance and discipline needed. Victims of bullying can even reach out to bystanders for help.

At least, that’s the plan. In our case, ratting out the bully did little to change anything. It seemed like every day, another parent was complaining in the messaging groups. Things were going to escalate soon. The parents were going to band together and demand action from the school…

Step 3: Avoid the Bully, and Stand Your Ground

With things showing no signs of improving, we followed the textbook approach to bullying and told our son to just avoid the bully. At the same time, we told him to stand his ground, just in case, knowing that bullying gets worse when the bully senses fear.

It can be tempting to tell your child to fight back, but this only leads to escalation. And the violence just gets worse and worse.

So my son kept a low profile and managed to avoid most of the bullying. But a plot twist soon developed – one child decided to fight back. And instead of becoming everyone’s hero, as one might imagine would happen in cases like this, he became Bully#2.

Oh great, now there were two of them.

Meanwhile, the children had banded together and found a way to strike back at Bully#1. They had invented a derogatory homophobic name for him, which I won’t repeat here. 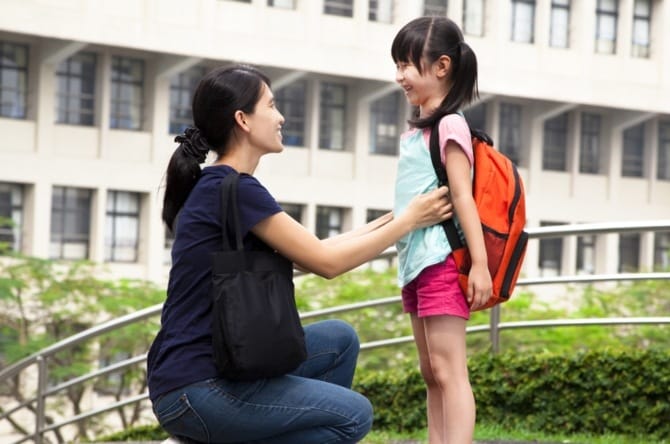 Supporting your child is crucial when he or she is being bullied. | Image: Dreamstime

Bullying is serious. Aside from the obvious physical harm, it can negatively impact your child’s self-confidence and can lead to depression. Keep close tabs on your child’s day to day. Chat with him about what’s going on in school. You may also want to try out self-defence classes. As a victim of bullying myself, I told him to do what I did – seek out friends and alliances – because nothing stops a bully like having a ridiculously big friend.

In our case, we stayed well clear of the parent lynch mob and chose to try compassion. Believe me, it wasn’t easy. Compassion is the last thing on your mind when children are being hurt. But knowing that bullies are often themselves victims of abuse or may be going through a difficult time in their life (experiencing a loss, parents separating etc), we told our son the ways that Bully#1 may be going through hell.

Weeks later, my son reported that he and Bully#1 were friends. My son makes friends easily, but he reserves the term “friend” for a few kids he shares a special bond with. Bully#1 could still be a jerk, my son said, and annoying, but they were good. And yes, he really meant that they were friends.

So that was his solution: make friends with your bully – because they need a friend the most.

Our Friend, the Class Bully

I’d like to tell you that this story has a happy ending, but it doesn’t. Bully#2 was sent to some kind of military school in China over the summer, for discipline. That couldn’t have been easy for the kid. The other parents have him marked and are keeping a close eye on him this year.

Meanwhile, Bully#1 and his parents were eventually called to the principal’s office and my wife and son witnessed them leaving the school, parents upset, child in tears. They didn’t enrol in the next school year, choosing to study elsewhere instead. But we didn’t know that then.

In the middle of that tumultuous year, on Bully#1’s birthday, he had a party. Everyone was invited, but few of the kid’s classmates showed up because naturally, why would you go to your tormentor’s birthday party?

My wife said it was a bit sad seeing a McDonald’s birthday party with so few kids. But my boy was there, cheerful as always, spreading joy and positivity that truly none of us deserved. His answer on dealing with a bully was better than the solution of all the other boys, all the educators, and yes, even all the parents. I wish I could take some credit, but he became friends with his bully all on his own. We could all learn a thing or two from him.

Are you bullying your own child without knowing it?

What to say to a bully: 8 powerful statements