Kids’ emotional abuse: The 5 signs you could be missing

In most cases, parents never know whether they’re emotionally abusing their child without meaning to.

The list doesn’t cover everything, and it is only a small part of the discussion. But by starting somewhere, we can open up other avenues of conversation about emotional abuse.

There are four common types of childhood neglect, according to the UK’s National Society for the Prevention of Cruelty to Children (NSPCC). There’s physical, educational, emotional, and medical neglect.

Now, physical, educational, and medical neglect are easy to spot because they have a visible manifestation. But emotional neglect is a form of kids’ emotional abuse that is often overlooked because of its internal nature.

Childhood neglect is defined as failing to meet a child’s need for nurture and stimulation. Neglecting a child’s emotional needs is just as damaging to the visible types of neglect.

Childhood emotional neglect can manifest during adulthood in different ways. British clinical psychologist Dr. Mari Kovanen said some common manifestations are feelings of emptiness, fear of being dependent on others, and poor awareness and understanding of emotions.

This form of kids’ emotional abuse happens to children from all walks of life, no matter what their social or financial status. Even when a child has all of their physical, educational, and medical needs met, a child can still experience emotional neglect from their parents.

Sometimes their parents struggle with substance abuse or mental illness, so the parents are unable to prioritize the emotional needs of their kids. In some cases, kids have absentee workaholic parents who are never home. This type of neglect is often overlooked, but it has an intensely damaging impact.

If you have survived a childhood of emotional neglect, you’ll know how to prevent it and thus prevent the cycle the perpetuates it. Learning to identify your emotional needs and having the empathy to recognize your children’s emotional needs is key to your recovery and theirs.

Covert incest, otherwise known as enmeshment, is a “too close for comfort” relationship between a parent and a child.

In this type of kids’s emotional abuse, the boundaries between both parties become blurred until the child no longer feels like a child but a romantic partner.

It’s here that the child then loses their sense of innocence and, perhaps, their grasp of who they are. The knowledge of sex may overshadow everything else.

According to Dr. Kenneth Adams, a mental health professional specializing in enmeshment issues, a parent turns a child into a surrogate partner to cope with a troubled marriage in cases of covert incest.

This kind of relationship does not always involve sexual touch (like overt incest or other types of childhood sexual abuse) but it may cause trauma as the child is prematurely exposed to sexual talk. Or they end up as sex objects or the recipient of sexual comments.

It also has an impact on a person’s ability to form healthy boundaries in relationships and the ability to develop a personal identity outside of the parent. While these consequences are real and debilitating, children can still recover. 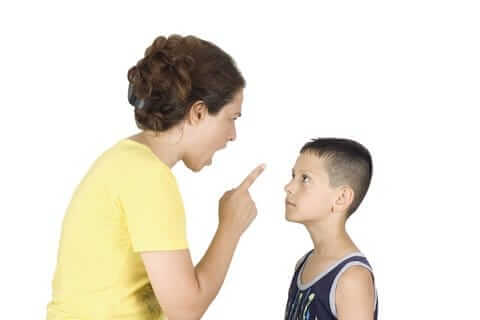 Being taught at an early age that words can’t hurt us is perhaps one of the most misguided lessons ever passed around. It’s not an issue of whether words can hurt us or not — they do — it’s an issue of what to do to avoid using hurtful words or what to do about it when verbal abuse happens.

It hurts even more when verbal abuse comes from a parent or an adult in charge of protecting, providing for, and teaching you. In addition, this type of kids’ emotional abuse has severe long term effects on children, like personality disorders.

Verbal abuse is especially devastating on a child’s psyche, and can affect a child’s developing brain. These effects can often be felt until adulthood.

If you’re having difficulty in adulthood because of verbal abuse in your childhood, seek help. And if your child is dealing with verbal abuse from peers or adults in school or anywhere else, help your child or seek help for them. Consider mental health treatment options like individual psychotherapy and group therapy. 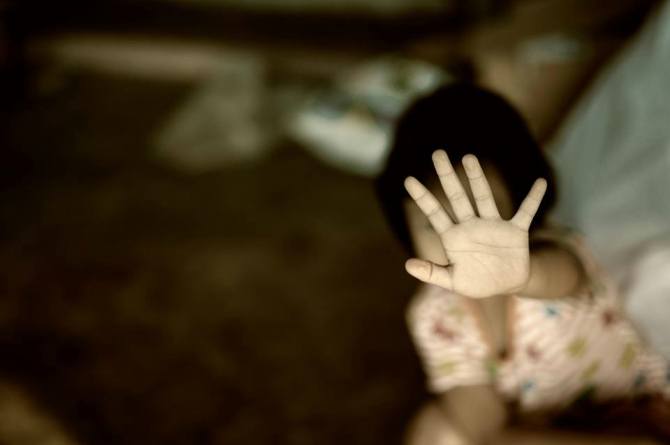 In many cases of sexual abuse, the perpetrator is an adult the child knows.

In most cases of sexual violence, it’s a well-documented fact that the perpetrator/culprit is someone the victim knows. The same is true with childhood sexual abuse cases.

According to the Rape, Abuse & Incest National Network (RAINN) among the many sexual abuse cases reported to the authorities 93 percent of juvenile victims knew the perpetrator. The horrifying implication here is that this is just the reported cases. Many incidents of sexual abuse cases are never reported.

The psychologically abusive tactics sexual predators use to abuse a child are often overlooked. In this type of kids’ emotional abuse, one tactic they use is “grooming”. It is the process of identifying potential victims, gaining their trust, isolating them, and breaking down their defenses so they can finally engage in sexual contact with the perpetrator.

To further exercise their control over their victim once they’ve established a sexual relationship, the perpetrator will use secrecy and blame to ensure that the child’s or the adolescent’s participation continues.

As a parent, you can prevent this type of kids’ emotional abuse from happening in your children. If it’s already happening, there are ways you can spot it. They are not always obvious and clear. But, according to RAINN, you can watch out for warning signs like the following:

There are more signs and things you can do to check if your child is being harms. You can read more here.

5. Use of shame and humiliation

According to Karyl McBride, Ph.D., L.M.F.T, the use of shame and humiliation by parents to enforce their rules and power is a classic sign of kids’ emotional abuse. This is evident in adults punishing or putting a child down in front of other people to watch.

“Shaming and humiliation causes fear in children. This fear does not go away when they grow up,” McBride wrote. “It becomes a barrier for a healthy emotional life and is difficult to eradicate.”

It’s evident in how we shame our children for their behaviour in front of other people. It could be shaming them about their body, their behaviour, they way they wear their clothes, and many other things.

When parents prioritise their needs and wants over their children

What’s apparent about this kind of behaviour towards children is that it’s never about the kids but about what the adult wants.

Parents everywhere should take this seriously. Shaming and humiliating a child is emotional abuse. It is real and widespread because not a lot of people think it’s an issue. For some parents, it’s discipline, and for some others they are just “kidding.”

Sometimes some parents even say “You should have known I wasn’t serious,” or “I’m just kidding.” These statements unfairly shift the blame onto the child. It’s basically saying “it’s your fault you feel bad because you didn’t understand me properly.”

As an adult, whose job is it to understand whom?

As parents and guardians of our kids, it’s our job to take care of them on all fronts. Whether it’s mentally, physically, or emotionally, we should learn to be careful of how we deal with our kids. In doing so, they can go grow up to become well-adjusted adults.

YOU CAN ALSO READ: Do not force your children to sit on Santa’s lap, and other things you’re not supposed to force on your child