Your Guide to Resolutions Passed at a First Directors’ Meeting

The Companies Act (CA) requires a company to have at least 1 director who is “ordinarily resident” (i.e. has his usual place of residence) in Singapore. Persons who are ordinarily resident would include Singapore Citizens and Permanent Residents.

Accordingly, there has to be a directors’ resolution appointing at least 1 such individual to the Board. The individual must also meet various criteria before he or she can be appointed as a director.

For more information, please see our other article on appointing company directors in Singapore.

A company must also have a registered office within Singapore to which all communications and notices may be addressed. This office must be open and accessible to the public for not less than 3 hours during ordinary business hours on each business day. There would have to be a directors’ resolution designating a particular address as the registered office of the company.

It is not a requirement to open a corporate bank account for the company, but doing so would separate your personal and business finances, which can then be independently managed.

Drawing a clear distinction between personal and business finances can also help to protect your personal finances from any corporate liabilities that may arise.

For example, say that your company owes creditors money. You use a single bank account to manage personal as well as business funds, and the business funds are insufficient to repay the creditors. In this case, the creditors may seek to be repaid from your personal funds by holding you personally liable for the company’s debts.

This would be on the basis that the company should not be regarded as a separate entity from yourself, because you have been treating the company’s finances like your personal finances. In this case, the creditors may obtain a Garnishee Order against the bank, to claim the debt from your “corporate account”.

The bank’s corporate account opening form would also typically contain a set of resolutions that go into detail about the facilities offered by the bank to the company. Such resolutions would state, for instance, that the bank is instructed to honour all cheques, promissory notes and other orders drawn by the company.

Accordingly, there would be some wording in the directors’ resolution to effect the resolutions stated in the bank’s corporate account opening form as resolutions passed by the Board.

The CA has provided that, generally:

Accordingly, there would have to be a directors’ resolution specifying the start and end of the company’s first financial period and the subsequent financial years.

The dates on which the company’s financial year starts and ends would determine, for example, when the company has to:

Allotment and Issuance of Shares

This is done by way of a directors’ resolution, which would specify the name of the shareholder(s) receiving the shares and the quantity and type of shares being allotted to him.

For more information, please see our article on how to issue shares in a Singapore private company.

Need a template for resolutions passed at a first directors’ meeting? You can get one here.

Compliance
Company Management
Company Documents
Company Resolutions Templates
Tax and Accounting
Data Protection
Marketing
Franchising
Debt Restructuring
Ending a Business
The information provided does not constitute legal advice. You should obtain specific legal advice from a lawyer before taking any legal action. Although we try our best to ensure the accuracy of the information on this website, you rely on it at your own risk. 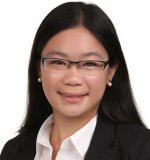 Lim Kim Hong
Thank you for your speedy completion of the required work. Really appreciate the help extended by the team one day…
Read more