Can I Buy an HDB Flat in Singapore For Investment Purposes?

In Singapore, it is prohibited to buy a Housing Development Board (HDB) flat if you already own real estate. In this context, real estate includes other HDB flats and both local and overseas private properties. If you have inherited or received a private property by way of a gift, you are likewise still ineligible to purchase an HDB flat.

That said, with HDB flats being heavily subsidised for Singaporeans, purchasing a flat for investment purposes can seem like a lucrative plan. Subsequently, some individuals who already own real estate may look into purchasing an HDB flat through a relative or friend to hold that property on trust. However, with no safeguards in place to protect your legal interest in the property, this plan can often result in hefty repercussions.

What Does It Mean to Hold a Property on Trust?

A resulting trust is then an implied trust that occurs when a property is transferred to someone (the nominee) who has not paid or only partially paid its purchase price. It arises when the purchaser has no actual intention to benefit the nominee.

In this case, even though the property is registered under the name of the person who did not make a significant financial contribution, the resulting trust remains in favour of the actual purchaser.

This means that in spite of the name under whom the property is registered, the rightful owner generally remains the actual purchaser. That said, it is important to note that this only applies if there was a lack of intention on the purchaser to benefit the nominee.

On the other hand, a resulting trust may be rendered baseless or invalid in the following situations:

These situations are further discussed below.

Are You Permitted to Hold an HDB Flat on Trust?

When you get a relative or friend to buy an HDB flat on your behalf, a resulting trust is created. This means that the person through whom you are purchasing an HDB flat is known as a nominee.

Under the Housing and Development Act, HDB flats are protected assets and require written approval for the creation of a trust. This is to prevent people who fail to fulfil the eligibility criteria from benefiting or profiting from public housing. Therefore, a claim that you are holding an HDB flat on behalf of another party would not be legally recognised.

Thus, an HDB flat can be held on trust only with prior written approval. Otherwise, the trust will be regarded as null and void.

What are the Legal Implications of Holding an HDB Flat on Trust?

Even if written approval has been obtained and an HDB flat is held on trust, the legal implications may still be unfavourable to you. This is because HDB only recognises the person whose name is registered on the title as the flat’s true and only owner.

As such, even if you are the actual purchaser of or the main contributor to the purchase of an HDB flat, it is your nominee who will be regarded as the legal owner of the flat. Thus, if a person holding the HDB flat on trust for you chooses to ignore any claims that the property belongs to you, there will be few recovery options. This is because the legal title belongs to them.

In the event that your nominee purchaser passes away, you may find yourself in an even more disadvantageous situation. For one, the nominee could have no will or left you out of one, leaving you with no way to reclaim the property. Even if the HDB flat has been willed to you, HDB’s “one property” rule will require you to sell the property you currently own before you can claim the HDB flat. This would mean that you would ultimately still have to sell off the HDB flat.

The following cases are real-life examples of some of the possible issues that you may face should you get someone to purchase a flat on your behalf.

In the case of Cheong Yoke Kuen v Cheong Kwok Kiong, the flat was originally purchased and held under the joint names of both the son and mother. However, the son eventually transferred his entire interest in their flat to his mother as he wanted to buy a second HDB flat. Upon the passing of his mother, a dispute arose between him and his siblings. His siblings argued that because the mother was the beneficial owner of the flat, it was a part of her estate and each child was entitled to equal shares of it. In contrast, the son claimed to be the beneficial owner of his mother’s flat by a resulting trust because he paid for the flat.

The Court of Appeal ultimately rejected the son’s claim for the following reasons:

The court, therefore, held that the alleged trust was prohibited and void.

In 1987, one of the sisters removed her name from the title of the flat as she had gotten married and bought another flat of her own. The other sister then took over as co-owner with their mother until 1993, when she too, got married and bought her own HDB flat.

Hence, even though the HDB flat arguably belonged to the two daughters due to the resulting trust, the court decided otherwise. This case illustrates the potential difficulties with proving that you are the actual purchaser or true beneficiary of an HDB flat, and reiterates the possible risk of placing a flat on trust.

What Can You Do If You Wish to Have a Legal Interest in an HDB Flat?

If you are still keen to have a legal interest in an HDB flat, your best course of action would be to consult a lawyer first. Do note that in Singapore, every citizen is permitted to apply for a new HDB flat twice. This means that you do not need a nominee to buy a flat on your behalf if you decide to sell your first flat.

Even so, selling your flat is not a quick fix and you have to be clear on any other implications that may result. For example, you may have to pay additional costs like a resale levy, which is the cost to sell a subsidised HDB flat to buy another.

It is therefore important to seek legal advice from a conveyancing lawyer who would be able to review your circumstances and help you determine the best possible way to retain a legal interest in an HDB flat. They will also be best placed to advise you on any potential hurdles and other consequences to note.

Investing in property can be promising, but it is important to be aware of the limitations and possible risks you might face. Before pursuing and finalising any real estate investments, you may wish to consult a conveyancing lawyer.

As mentioned, a conveyancing lawyer can help you retain your interest in the HDB flat, best explain the consequences of your decisions, as well as protect your interests by helping you avoid any future disputes with your nominees. 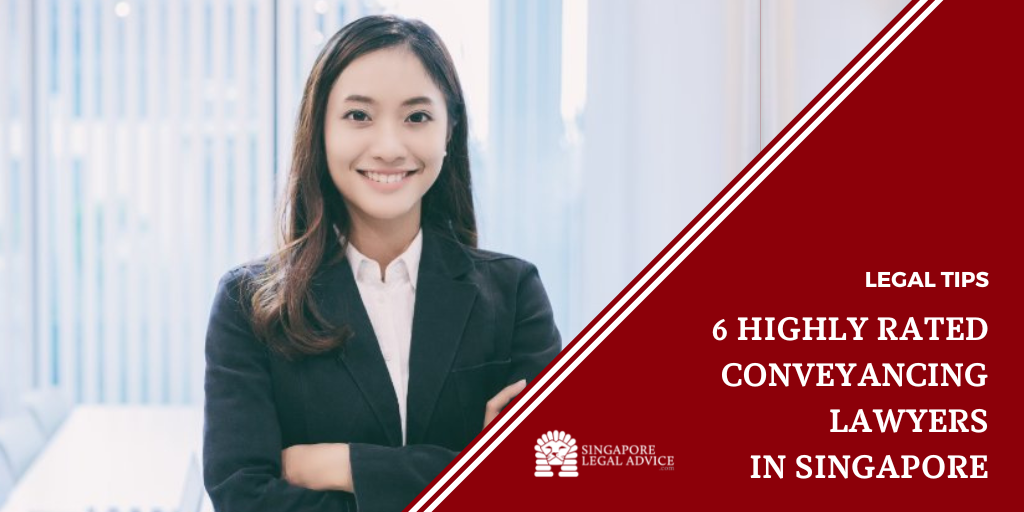 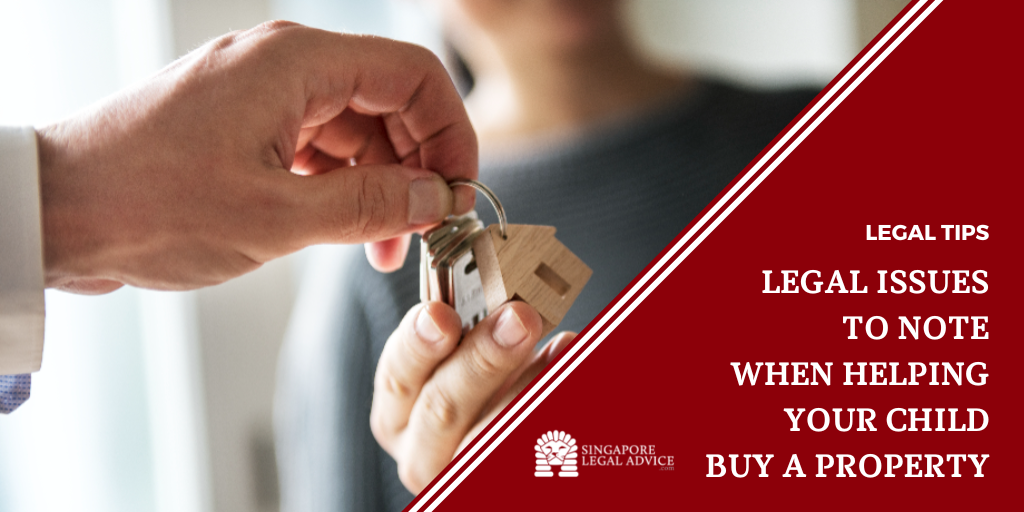 Legal Issues to Note When Helping Your Child Buy a Property 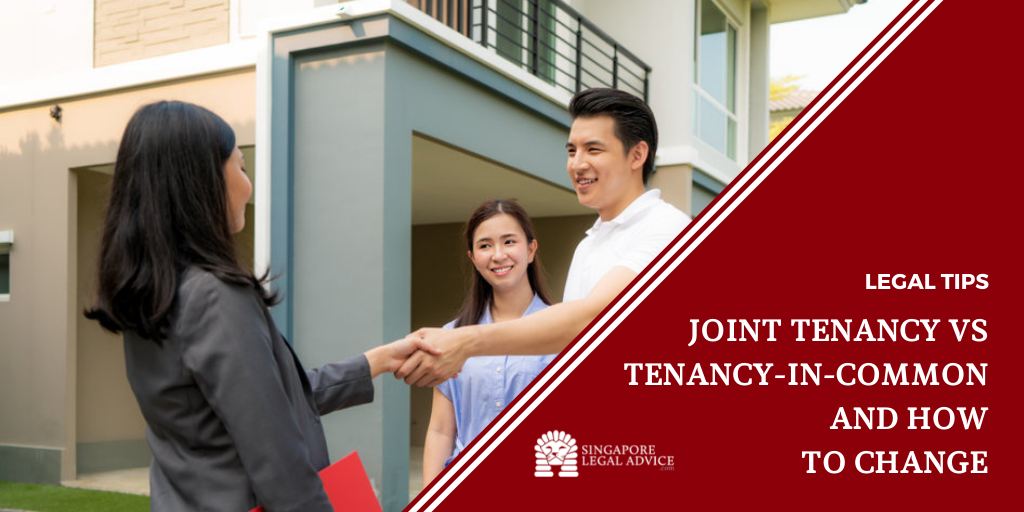 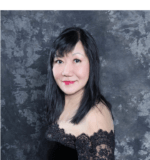