In general, child pornography refers to the capturing and/or distribution of material (known as “child abuse material”) which depicts a child below the age of 16 who is:

Disturbingly, in 2017, there was a reported increase of 12% of Singapore-hosted websites distributing child abuse material.

Knowingly or unknowingly, you may have come across such material on the internet, or may have been caught with child abuse material in your possession.

What are Some Child Pornography-Related Offences and Their Penalties in Singapore?

The Penal Code of Singapore includes offences relating to child pornography which took effect on 1 January 2020. Among others, these offences include:

Involving a child in production of child abuse material

If you fall within any of these categories, you may be held criminally liable:

There is a mandatory imprisonment sentence of up to 10 years for this offence, accompanied with a fine or caning.

Producing child abuse material in any form is a crime, where it was done knowingly or if the offender should reasonably have known the nature of what they were producing.

Such material may be produced in the form of film, photograph, recording, drawing or writing, among others. Even indirect production such as altering, copying or manipulating existing material lies within the scope of this offence.

You may face liability for this offence if you fulfil 2 requirements:

If found guilty of this offence, you face an imprisonment term of up to 7 years, and either a fine or caning.

These offences attract an imprisonment term of up to 5 years and either a fine or caning.

If you are in possession of any child abuse material, you are guilty of an offence. Aside from physical possession, possession under this provision includes electronic possession if you control electronic access to the material.

Even the viewing of child pornography is a crime.

Persons guilty of these offences may be liable for an imprisonment term of up to 5 years and either a fine or caning.

In the event that the perpetrator of any of the above offences is someone who had met the victim at least once before, the commission of the offence may also constitute sexual grooming of a minor.

This is provided that all of the following conditions are met:

Although there do not seem to be any specific sentencing guidelines for offences relating to child abuse material, the courts generally mete out harsher punishments when the victim is a vulnerable person, or where the offender is in a close or intimate relationship with the victim.

This is primarily due to the fact that such victims are often emotionally and financially dependent on the offender, who unfortunately abuse the trust of the child and exploit their relationship with them.

A “vulnerable person” refers to someone who is unable to protect himself from abuse, neglect or self-neglect, due to mental or physical disability or incapacity.

These “harsher penalties” mean up to twice the original maximum punishment for that same offence and are applicable in the following circumstances:

For instance, the child abuse material must have been distributed in Singapore, or the victim being depicted in the material, lives in Singapore.

If there is such a connection, the Penal Code dictates that the overseas accused person will be equally liable for the offence as if it had been committed in Singapore.

The various situations in which offenders would be liable in Singapore, even if they are located overseas, are outlined in the infographic below:

Are There Defences to Crimes Related to Child Pornography?

An accused person will not be excused from a child pornography-related offence just because he mistakenly believed, while committing the offence, that reasonable persons would not consider the child abuse material to be offensive.

Aside from this, there are certain defences that can result in the accused being acquitted if they are successfully proven (see below).

However, it is likely that courts would interpret these defences restrictively to set a high threshold for the successful use of these defences, especially where young victims have suffered psychological harm.

For the above defences, there is an additional requirement that the offensive material was not kept in possession for a period longer than necessary.

Second, if the child abuse material was produced, collected or distributed for a purpose related to science, medicine, education or art, the accused person may be acquitted of the charge if the material did not pose undue risk to a person below 16 years of age. .

For instance, if a researcher collects child abuse material for the purpose of examining the psychological effects of exposure to such material, he may be excused since his collection is for scientific research purposes.

Unintentionally coming into possession of the child pornographic material

Third, if the offender is accused of possession of child abuse material, it may be a defence if he is able to prove that he did not intentionally come into possession of it and took all reasonable steps to cease possession as soon as possible.

This could, for instance, include an accidental download of child pornography from the internet, through a computer virus, followed by the immediate deletion of such material upon realising what it was.

For instance, if a child below the age of 16 takes a nude picture of himself, and this image is stored in his phone, it will not render him liable for an offence.

Child abuse material of a married couple made with consent

Can You be Arrested Without a Warrant for Offences of Child Pornography?

All the offences mentioned above are arrestable offences. This means you can be arrested without police officers having to obtain an arrest warrant from the court first.

You’ve Been Convicted, What Next?

If you have been convicted of an offence of child pornography, it counts as a registrable crime and will result in a criminal record.

To qualify for having your record spent, you must first meet the following criteria:

If you are convicted of committing the other types of child pornography offences, your criminal record unfortunately cannot be treated as spent.

In all except limited instances, dealing with child abuse material in the ways mentioned above can result in you receiving an imprisonment term and/or a fine or caning. A conviction of child pornography may also remain on your criminal record for the long-term.

If you have been arrested for an offence of child pornography, you are recommended to engage a criminal lawyer to advise and represent you. The lawyer will be able to help you highlight facts in your case which may assist the court in allowing your defence, or reducing your sentence. 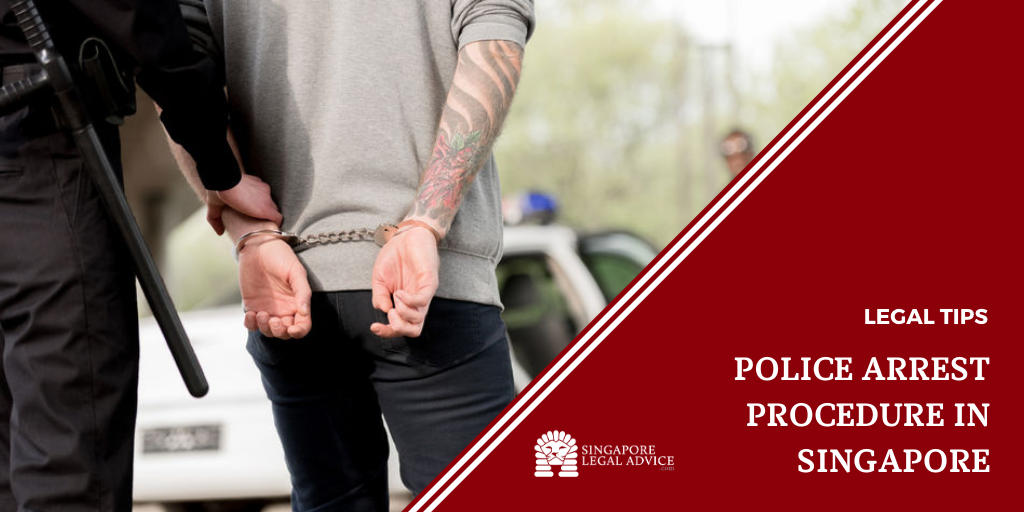 Getting a Driving Licence & Learner Driver Rules in Singapore 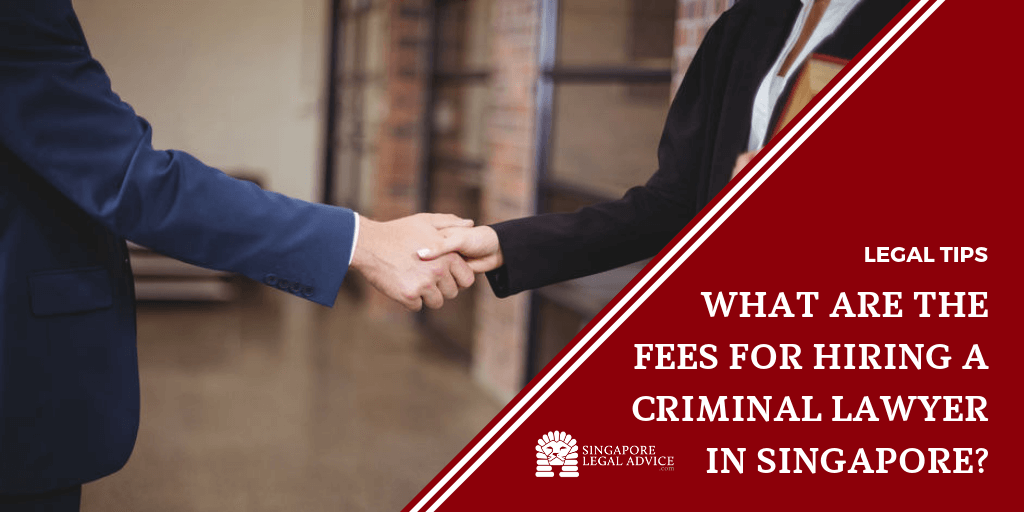 What are the Fees for Hiring a Criminal Lawyer in Singapore? 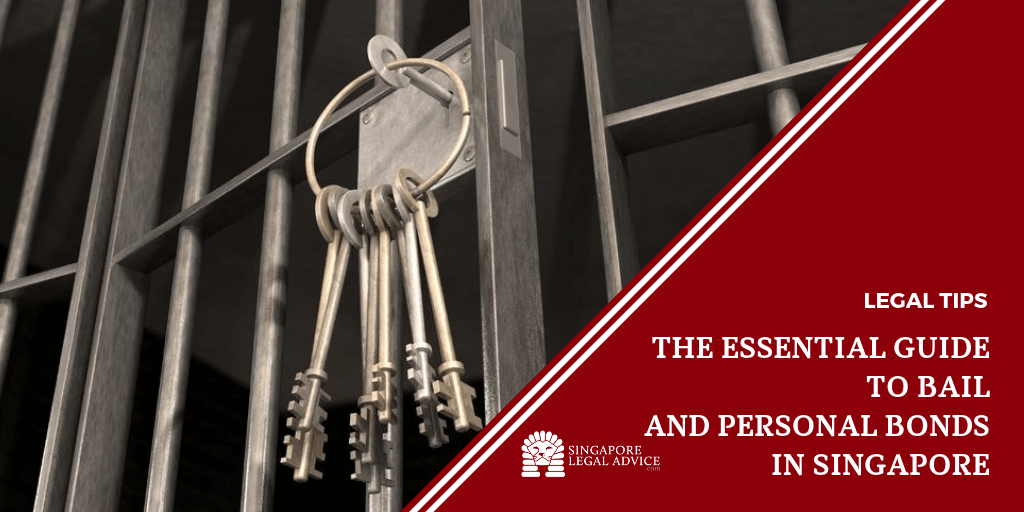 The Essential Guide to Bail and Personal Bonds in Singapore

Arrest and Investigation
Bail
Prosecution
During Criminal Proceedings
After Criminal Proceedings
Types of Sentences After Committing an Offence
Being a Victim
Offences Against the Human Body
Sexual Offences
Vice-Related Offences
Property Offences
Cybercrime
White-Collar Crimes
Road Offences
Animal-Related Offences
Offences Relating to Public Peace and Good Order
Certificate of Clearance
Other Criminal Offences
The information provided does not constitute legal advice. You should obtain specific legal advice from a lawyer before taking any legal action. Although we try our best to ensure the accuracy of the information on this website, you rely on it at your own risk.

Ray Louis
I would like to thank Mr Ray, Ms Netto and their team for all the efforts,time and patience that have…
Read more