Those of us who are fans of American courtroom dramas may have come across terms like “contingency fees” or “no win no fee” being mentioned at some point in time by the lawyers in such shows as they advise their clients.

The “clients” are typically average working-class individuals who have been injured in an accident and are anxious that they might not be able to afford the legal fees to bring their claim before the courts. Their lawyer assures them that they would not need to pay a cent unless he succeeds in bringing their claim and recovering damages for them.

For the next hour or so, we then see the same lawyer tirelessly fighting for his client in court, leading to the ultimate cliff-hanger of whether or not he will win the case.

Beyond their appearance in popular culture, what exactly are contingency fees? Are such fee arrangements even permitted in Singapore?

This article explains more about the current position on contingency fee arrangements in Singapore and what you should know about contingency fees and their role in the legal landscape.

For individuals who are concerned that they might be unable to afford the legal fees for pursuing their claim, this article will also set out some possible alternatives that can be considered. It will discuss:

What Does It Mean to Hire a Lawyer on a Contingency Basis?

When a lawyer is hired by a client on a contingency basis, this means that no legal fees are payable by the client if his or her claim is not successful when brought before the courts.

In other words, both the lawyer and his or her client agree that the client would pay the fees for the lawyer’s legal services only if the lawsuit is successful. The legal fees are therefore contingent on and payable only if the claim succeeds.

If the claim succeeds, there are different ways in which the contingency fees can be payable. For example, under a percentage contingency fee – which is the most popular form of contingency fee used in the United States – the lawyer and client agree to a certain percentage of the money recovered by his client. This would apply if the claim involved an award of damages or the settling of the case.

If the lawyer and client agree that fees are payable on a fixed contingent fee, this means that the lawyer will receive an agreed-upon lump sum payment if the lawsuit is successfully resolved.

Such arrangements are also known informally as “no win no fee” arrangements. Hiring a lawyer on a contingency basis results in the risk of incurring legal costs from bringing the claim being shifted to the lawyer instead of the client, even if the client’s claim is ultimately unsuccessful.

Can Lawyers in Singapore Be Paid Contingency Fees?

Currently, lawyers in Singapore are prohibited from receiving contingency fees from their clients. This prohibition originates from the English common law against maintenance and champerty, although it has since been abolished in England in 1990.

In the context of contingency fees, maintenance refers to the “officious intermeddling in litigation” – in other words, to become involved in the legal proceedings without being requested or having any legal obligation to do so, and then seeking compensation for such involvement.

Champerty, on the other hand, is a form of maintenance where one party (A) agrees to assist another party (B) to bring a legal claim such that A receives a share of the claim if it is successfully litigated.

While contingency fee arrangements have been viewed as a positive arrangement for clients who might otherwise be unable to afford the legal fees for claims, they have also been objected to on grounds such as:

The United States is often referred to as an example of what might happen if contingency fees were to be permitted, as it could result in an overly litigious society.

How Does a Lawyer Typically Charge for Legal Services Then?

In light of how lawyers are not allowed to charge contingency fees for their services in Singapore, lawyers adopt other types of fee arrangements when billing clients for work.

These are the more common types of fee arrangements that are used by the majority of lawyers in Singapore:

Traditionally, a lawyer’s legal fees are charged on a time-cost basis. This means that the client will pay legal fees based on the lawyer’s hourly rate and the number of hours that the lawyer spends working on the case.

Some lawyers may also charge their clients on a fixed-fee basis. Under a fixed-fee arrangement, the lawyer agrees to provide certain legal services for a fixed sum of money.

Such arrangements are common for more routine and non-complex legal matters, such as drafting a simple will.

The fee cap is a variant of the fixed-fee arrangement. In this situation, the lawyer will charge the client their hourly rate, but the total legal fees that the client would have to pay at the end of their matter will not exceed an agreed-upon cap on the fees.

For more information on how lawyers in Singapore charge for civil litigation work, criminal defence services or other legal services in general, you may wish to refer to our respective articles on these subjects.

What Can I Do if I Might Not Be Able to Afford a Lawyer’s Fees for My Case?

If you are unable to afford legal fees, there are several alternatives that you can consider:

The Legal Aid Bureau provides legal assistance and support to individuals who are unable to afford legal fees. However, you would need to meet certain criteria to qualify for legal aid.

In addition, obtaining legal aid does not mean that all your legal fees are covered. You may still be required to contribute a sum towards the legal costs incurred for your case. This sum is assessed based on your financial means and the complexity of your matter, among other considerations.

Crowdfunding is becoming an increasingly popular way to raise funds for a person’s legal fees. This entails setting up a campaign online, such as on a crowdfunding website, and asking friends or members of the public to make donations towards your legal fees.

Litigation funding allows a party to pursue their legal claim without having to pay for all or some of the costs. Instead, the claim is funded by a third-party funder – typically a commercial funder – that agrees to pay some or all the party’s legal fees and expenses.

In Singapore, third-party litigation funding is currently permitted for only certain types of proceedings, such as domestic and international arbitration proceedings, and proceedings commenced in the Singapore International Commercial Court.

For more information on the various ways of raising funds or receiving financial support to pursue your legal claim, you may wish to refer to our other article.

Is the Current Prohibition on Contingency Fees Likely to Change in Future?

The Singapore courts have recognised that there may be a need to consider revisiting the current prohibition against alternative fee arrangements, such as contingency fees, if they are regulated.

In the case of Law Society of Singapore v Kurubalan s/o Manickam Rengaraju, a Singapore lawyer was engaged by a client to advise on a personal injury claim in Australia. The lawyer and the client entered into an agreement where it was agreed that the lawyer would receive payment of a specified percentage of the amount to be recovered from the claim.

The client subsequently refused to pay the Singapore lawyer the agreed percentage of the fees and filed a complaint with the Law Society of Singapore against him. The lawyer was subsequently sanctioned for entering into the agreement, in breach of the Legal Profession Act, and suspended from legal practice.

The High Court noted that the prohibitions against such arrangements were in place to ensure that a lawyer was able to effectively represent his or her client’s interests without having any other interest in the case.

However, the court also acknowledged that some jurisdictions have recognised that a proper regulation of such arrangements can help persons in need of legal help, who might otherwise be unable to afford the costs of legal proceedings, gain access to justice.

In August 2019, the Ministry of Law invited members of the public to give feedback on a proposal to allow Conditional Fee Agreements (CFAs) for certain fixed categories of legal proceedings, namely:

CFAs can be defined as agreements where a lawyer and client agree that the lawyer will receive payment of his legal fees only if the lawyer succeeds in getting the client’s claim. In addition, the payment may also include what is known as an “uplift” or “success” fee in addition to the base fee, that is, the standard legal fees that the client would need to pay for the lawyer’s services.

However, unlike contingency fees, the legal fees payable under CFAs do not depend on the sum of the damages recovered.

The outcome of the consultations is still pending. Those who are of the view that contingency fees should be permitted have noted that doing so would help level the playing field for lawyers in Singapore, as lawyers in other jurisdictions have the capacity to use contingency fees as well as CFAs.

However, they also recognise that regulations and safeguards would be necessary to ensure clients are fully informed before entering into such arrangements with their lawyers.

Contingency fee arrangements, where lawyers are paid their legal fees only if their client’s claim is successful, are currently prohibited in Singapore. But given the recent public consultations by the Ministry of Law, this position may be changed in the coming years.

However, even if contingency fee arrangements are eventually permitted in Singapore, it is likely that they would apply to a limited category of legal proceedings and would be subject to strict regulation to ensure they are not abused.

If you have a legal matter that you would like to pursue but are concerned about your ability to afford the legal fees, you should nevertheless consider consulting a lawyer for advice on your matter.

A lawyer would be able to assess the merits of your case and advise on your chances of success if you were to bring your claim before the courts. This can help you save on legal costs, compared to if you were to spend money to bring a claim that is unlikely to succeed.

A lawyer would also be able to advise on alternative means for you to resolve your matter. For example, if your matter concerns a dispute between you and another party, your lawyer might advise you to consider alternative forms of dispute resolution, such as mediation, depending on how complex your dispute is. These alternative forms of dispute resolution may also be more cost-effective for you instead of pursuing litigation.

You may get in touch with experienced lawyers for your matter here. 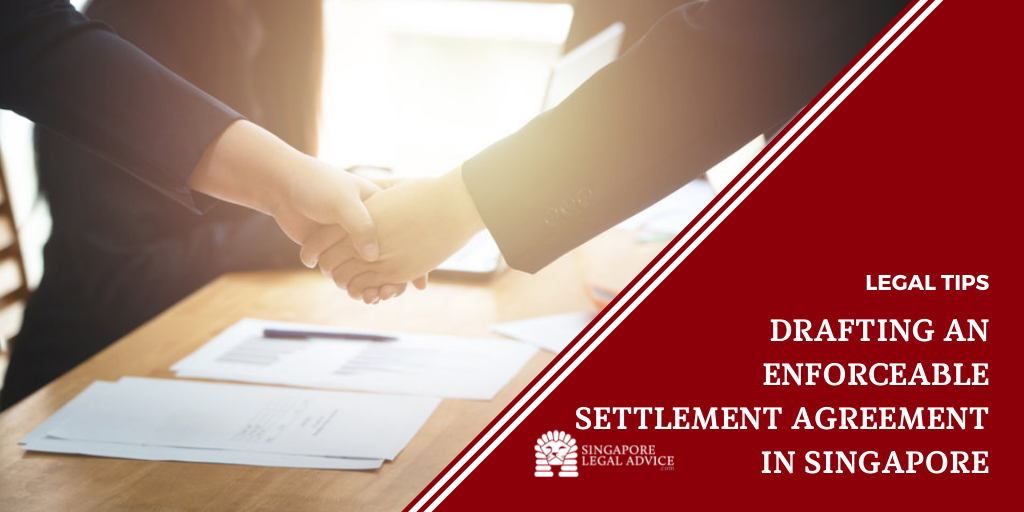 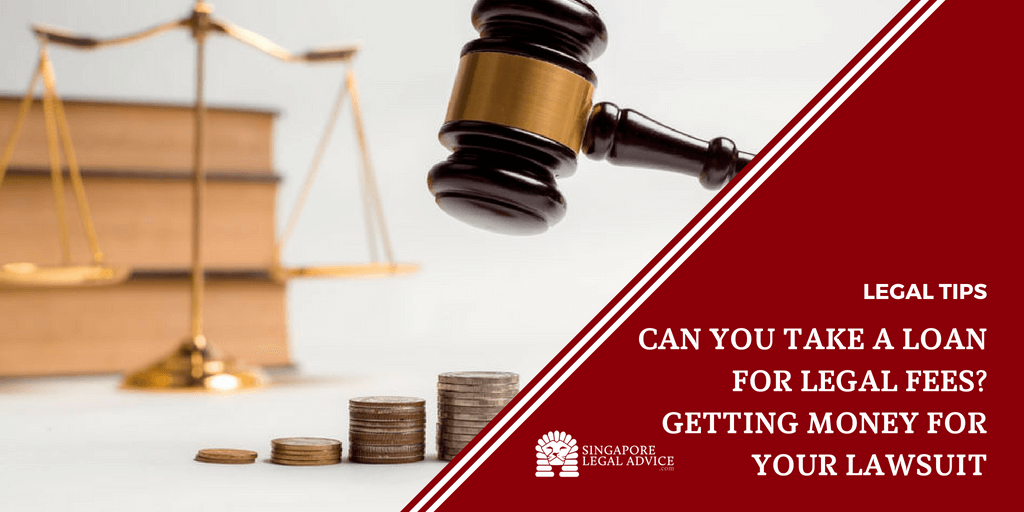 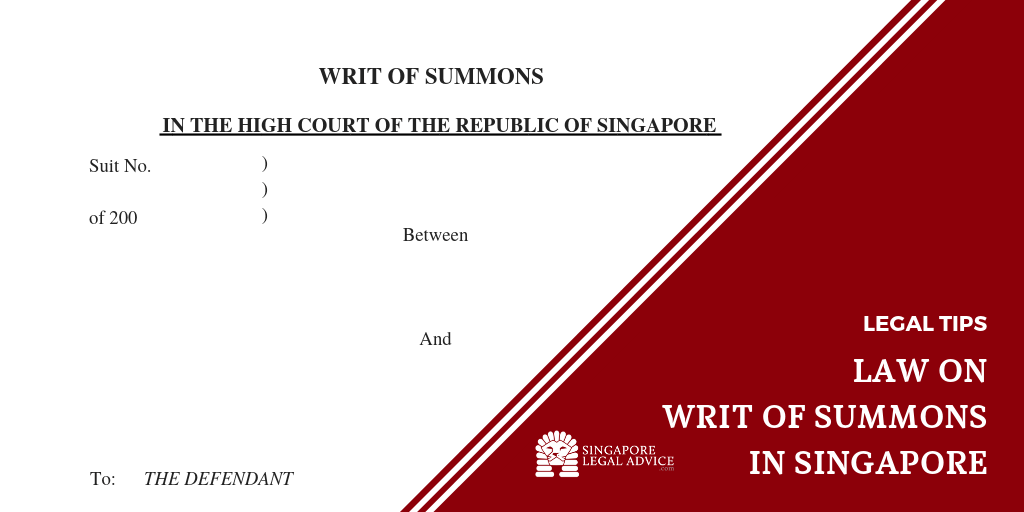 Law on Writ of Summons in Singapore