If you have signed a contract in Singapore agreeing to do something but find yourself unable to do it due to circumstances that are entirely beyond your control and that you could not have foreseen, then you may be able to get out of those obligations, at least for a while, by invoking the concepts of force majeure or frustration.

What is force majeure?

Force majeure is a clause that is frequently included in commercial contracts that allows a party to be excused from performing its obligations on time when some unforeseen outside event beyond the parties’ control (also known as a force majeure event) prevents or delays performance.

How might a typical force majeure clause be worded?

How can a force majeure clause be invoked?

Sometimes a force majeure clause will prescribe a specific procedure for a party to invoke the clause. Otherwise, usually one party simply writes to the other informing them that a force majeure event has occurred and explaining how this has impacted the party’s ability to perform its obligations.

For an event to be accepted as a force majeure event, it is usually not enough to show that it has merely become more difficult or more expensive for the party to discharge its obligations (e.g. the price of raw materials or labour has increased). Usually it must be impossible or highly impracticable for the party to perform its obligations, but again this depends on the wording of the clause.

For example, if the clause is worded such that a force majeure event must “prevent” the performance of the affected party, then the clause may only be capable of being invoked if an event has happened that caused such performance to become impossible to perform.

On the other hand, if the clause states that a force majeure event must “hinder” the performance of the affected party, then the event in question only needs to render performance more or less difficult, instead of impossible, for the clause to be invoked.

What happens if force majeure is successfully invoked?

Sometimes it will excuse the affected party from performing at all and allows the other party to cancel the contract.

Frustration is probably what you will need to rely on if you don’t have a force majeure clause in your contract and a major unforeseen event beyond your control prevents you from discharging your contractual obligations.

In Singapore, the Frustrated Contracts Act relieves parties from their duty to discharge their contractual obligations if it has become impossible to perform them.

How is frustration different from force majeure?

The circumstances in which a contract might become frustrated are likely to be similar to typical force majeure scenarios. But because the Frustrated Contracts Act does not define specific triggering events, there is more scope to argue that a certain event has frustrated your contract, than could be argued pursuant to a tightly-drafted force majeure clause (i.e. that has specifically stated the kinds of situations that would constitute force majeure events).

In general, if the event makes it impossible or extremely difficult for you to perform your contractual obligations, with certain exceptions, this is likely to frustrate your contract.

What happens if a contract becomes frustrated?

When a contract is frustrated, it is essentially cancelled. Neither party needs to do anything more for the other. There is no need to pay any sums set out in the contract. If any payments have already been made but not used to provide goods or services, a refund or partial refund may be obtainable.

The Frustrated Contracts Act gives discretion to the courts to determine the most equitable manner of cancelling the contract and ensuring that neither party unjustly benefits from the cancelled contract at the other’s expense, as far as possible.

If an external event has impacted your ability to perform certain contractual obligations in Singapore, consult a lawyer immediately. This is a very complex area of law and it is important that you have reliable legal advice early on so that you act in a way that preserves your rights without putting you in breach of contract.

Not every event that has a negative impact on your business will entitle you to cancel a contract. So much depends on the wording of your contract and the specifics of your case. It is best that you consult a lawyer immediately if you think you may need a legal basis to get out of a contract.

Need a building and construction claims lawyer to assist with your legal matters? 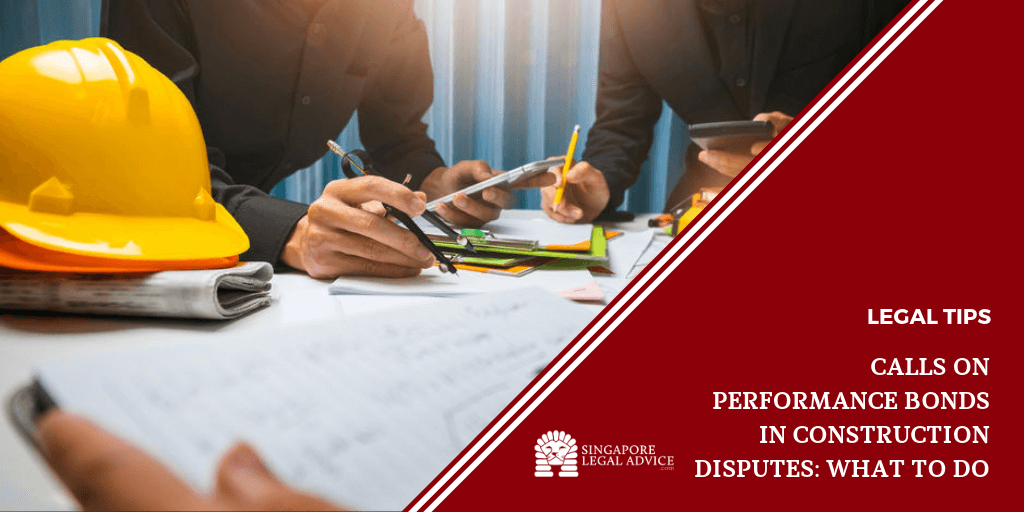 Calls on Performance Bonds in Construction Disputes: What to Do