What Does It Mean to Annul a Marriage?

An annulment is a legal procedure to dissolve a marriage and declare it null – that the marriage never occurred in the first place.

What is the difference between an annulment and a divorce?

After a successful annulment, both parties’ marital status will return to “single”, unlike in a divorce where parties will be known as “divorcees”.

The facts you have to prove during an annulment and a divorce are completely different. There is only one ground for divorce – the irretrievable breakdown of the marriage, which must be proved using certain facts, such as adultery or separation.

On the other hand, to annul a marriage, you have to prove that your marriage is void or voidable. This involves proving facts linked to whether the marriage itself was even valid in the first place.

What does it mean by a marriage that is void or voidable?

A void marriage is one that is invalid from the very start of the marriage, even if you decide not to formally annul your marriage. However, your marital status will still be “married” until your marriage is annulled.

Conversely, a voidable marriage is one that is invalid but can continue to exist unless one party annuls the marriage. You may, however, need to meet certain other criteria before the court will deem your marriage voidable (see below).

The grounds for a void or voidable marriage are different as well.

For a void marriage, you will need to prove that there was an error in fulfilling the requirements for a valid marriage, such as improper solemnisation of marriage or a marriage between close relatives (which is prohibited in Singapore).

For a voidable marriage, you will need to prove other grounds. For example, if you are male, your marriage may be voidable if your wife was pregnant by another man when you married her. Another example would be if your marriage was not consummated due to the other party’s refusal, or the incapacity of either party.

To find out more about the differences and the grounds you need to prove to annul your marriage, read our article on void and voidable marriages.

The following infographic summarises the different grounds and requirements for void and voidable marriages as well as the process for annulling a marriage in Singapore.

Requirements for Annulling Your Marriage in Singapore

Do I have to be a Singaporean to annul my marriage here?

You do not have to be a Singaporean to annul your void or voidable marriage in Singapore. However, you and your spouse must be living in Singapore when you start your annulment proceedings.

Deadline for applying to annul your marriage

For voidable marriages, you have to apply for an annulment within 3 years of marriage.

This is unless you are alleging that your marriage is voidable on the ground that it has not been consummated due to the other party’s refusal, or the incapacity of either party to do so. Only if you are seeking an annulment for this reason, you may apply for an annulment no matter how long you have been married for.

For void marriages, there is no time limit for when you must apply to annul your marriage by.

Evidence proving that your marriage is void or voidable

In order to annul your marriage, you first have to produce enough evidence to prove that your marriage is void or voidable.

For example, if you are claiming that your marriage is voidable because your spouse has refused to consummate the marriage, but are unable to produce enough evidence to prove this, the court can refuse to grant an annulment.

In addition, be mindful of the need to be truthful when applying for an annulment. On 22 Dec 2020, a man was jailed for 1 week for lying before a court, in his annulment application, that he and his wife had failed to consummate their marriage.

What is the Process for Annulling a Marriage in Singapore?

Annulment in Singapore is a two-step process.

The first part involves submitting and proving your claims for the ground(s) of annulment, after which you may be granted an Interim Judgment.

The second part involves settling ancillary matters about the division of property and maintenance, after which the court may grant a Judgment of Nullity. Once this Judgment is delivered, your marriage is officially annulled, and your marital status will go back to “single”.

To annul your marriage, you will first need to file a writ for annulment of your marriage together with other documents including a:

You may find the forms for the various documents on the Family Justice Courts website under “Divorce”.

It is not compulsory for parents going through an annulment to attend the Mandatory Parenting Programme, which is applicable to divorcing parents only.

How long will the annulment process take?

If your spouse does not contest your application for annulment, you will be able to set a court hearing date for an uncontested annulment afterwards. If the court is convinced by your case, it will grant you an Interim Judgment.

The final Judgment of Nullity can only be granted at least 3 months after an Interim Judgment is granted, and only if your ancillary matters are also settled. Hence, an uncontested annulment may require an estimated 4 to 5 months to be completed.

However, if your spouse contests your petition for annulment, the annulment process may take longer depending on the complexity of your case.

What happens during ancillary proceedings?

After you receive your Interim Judgment, you would now have to go through the ancillary proceedings. This includes matters on the division of matrimonial assets, spousal maintenance and child maintenance, and child custody. Regarding these issues, the courts take into consideration the same factors for an annulment as they would in a divorce.

Because annulments tend to take place within the first 3 years of marriage, you may have to surrender your flat to the HDB if you have not fulfilled your flat’s minimum occupation period.

Child custody relates to who will have the authority to make important decisions regarding the child, such as on matters pertaining to the child’s education, religion and healthcare. Which parent will be granted custody will be decided based on the best interests of the child. The courts generally tend to grant custody to both parents (i.e. joint custody) to encourage them to both play a part in their child’s life.

Once ancillary matters are settled, the court will grant a final Judgment of Nullity and your marriage will officially be nullified.

What will the legitimacy status of my children be if my marriage is annulled?

For a void marriage, any children born during the marriage would still be considered legitimate if the parties had believed that the marriage was valid when they were married.

Children of voidable marriages that are annulled are still considered legitimate children of that marriage.

What if your application to annul your marriage is unsuccessful?

If your application to annul your marriage is unsuccessful, and you and your spouse have been married for less than 3 years, you may consider:

Do You Need a Lawyer to File for an Annulment of Marriage in Singapore?

An experienced divorce lawyer will be able to assist you in drafting your documents accurately and helping you get your fair share of the matrimonial assets, maintenance and custody of your children.

If you are considering an annulment of your marriage and require advice on whether to do so, you may want to approach one of our experienced divorce lawyers for help.

Division of CPF Assets (Monies, House, Investments) After a Divorce

Maintenance of Parents: Your Child’s Duties and How to File

Transfer of Matrimonial Home to Ex-Spouse After Divorce 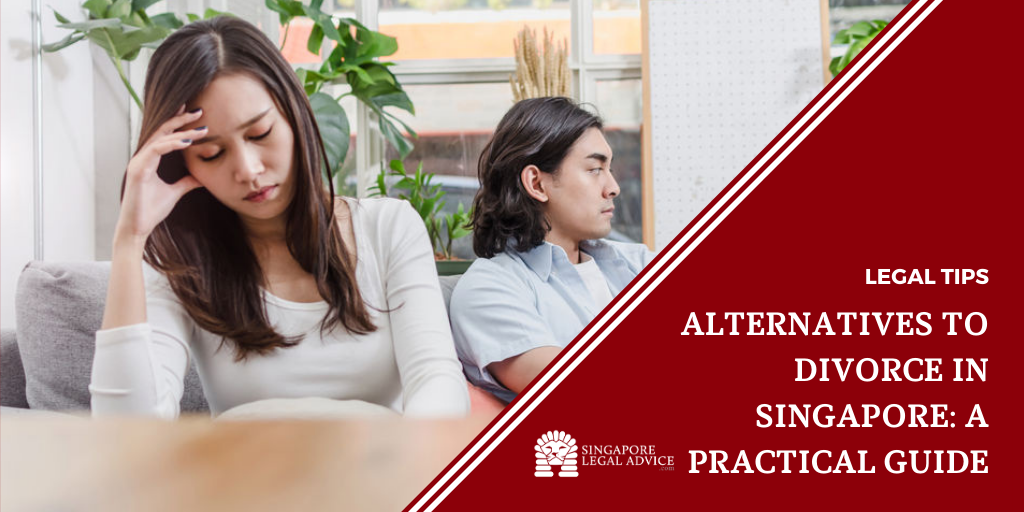 Alternatives to Divorce in Singapore: A Practical Guide

Mohamed Baiross
Mr. Baiross gave me peace of mind, he was so considerate giving me acknowledgement that I will be understood, taking…
Read more