Is Inheritance Tax Payable When You Die in Singapore?

Are you wondering if your assets will be subject to tax after you die? Not in Singapore, if you die on or after 15 February 2008.

What is Inheritance Tax?

Inheritance tax, also known as estate duty in Singapore, is the tax charged on the total market value of the assets of someone who has died, at the date of the death and regardless of whether there is a will.

A deceased person’s assets are referred to as the estate. An estate includes the following:

Is inheritance tax the same as the fee to administer an estate?

In Singapore, the Public Trustee can administer estates that do not exceed $50,000 in value, among other conditions.

There is a fee charged by the Public Trustee for the administration of the estate and it cannot be waived.

This fee is separate and should not be confused with inheritance tax.

Who Has to Pay Inheritance Tax?

This means that persons dying on or after 15 February 2008 do not have to pay inheritance tax.

Why was inheritance tax abolished?

Inheritance tax was initially seen as a way to re-distribute the wealth in the new generation, as the tax would be contributed to the development of the society for everyone to benefit.

This would in turn reduce the concentration of wealth among certain households, each time the wealth was passed down in the family, increasing social equity.

However, as wealth was generated in other ways such as by entrepreneurial means, even when there is little initial capital, inheritance tax did not seem as impactful.

In addition, the abolishment of the tax would attract high-net worth individuals who would invest and accumulate wealth in Singapore, which eventually benefits the economy and society.

How Is Inheritance Tax Calculated?

Inheritance tax can be calculated based on the following steps:

1. Determining assets that are subject to inheritance tax

Assets that are subject to inheritance tax can be distinguished based on the domicile (the country in which the deceased was or was presumed to be a permanent resident of) of the deceased.

A deceased who domiciled in Singapore

In Singapore, inheritance tax is payable for the total market value of movable and immovable assets of a deceased domiciled in Singapore.

This includes movable assets outside of Singapore, or tangible items that are movable, such as computers, jewellery or vehicles.

Immovable assets such as land and buildings that are outside Singapore are not subject to inheritance tax.

Inheritance tax is also payable for different types of gifts made by the deceased:

A gift is not subject to inheritance tax if it is:

A deceased who died domiciled outside of Singapore

If the deceased died before 1 January 2002, inheritance tax is charged on the total market value of all his movable and immovable assets in Singapore at the date of death.

However, it qualifies for the exemption threshold (maximum amount on which tax will not be imposed) of $9 million. This means that residential properties that amount to less than $9 million would not be taxed.

2. Calculate the total market value of these assets

If 2 persons were to pass away on or after 1 January 2006, the estate of the deceased who died within 24 months after the earlier deceased would be entitled to Quick Succession Relief (QSR).

If the order of the deaths is unknown, it is presumed that the younger person died after the older person and had inherited the latter’s assets.

Nevertheless, the estates of both persons and the applicable exemptions are separately assessed and applied. The QSR decreases as the time period between both months increases.

The exemption threshold amount varies according to different types of assets:

For gifts that are not specified in the will and are made to the Singapore government or any other IPC on or after 1 January 2002:

For deceased persons who died between 1 January 2005 and 14 February 2008, a total of $6,000 or less for funeral expenses is allowed to be deducted from the value of the estate when determining the inheritance tax.

If debts are outstanding at the date of death, are incurred for the deceased’s own use and benefit, and are not reimbursable, they can be deducted from the value of the property, regardless of whether inheritance tax applies.

4. Apply the tax rate to the remaining tax figure

Tax rates on the estate apply after all deductions in the form of exemptions, funeral expenses and debts (as discussed above) have been calculated.

For deaths from 28 February 1996 and before 15 February 2008, the net value of the inheritance tax would be taxed:

5. Include the interest amount where applicable and calculate the value accordingly

If the inheritance tax is not paid from the date of death to the date of payment, there is a simple interest on the unpaid amount that is payable.

The executor, administrator or other accountable person of the deceased’s estate, may estimate the payable amount any time after the death and make payment to the Commissioner of Inland Revenue Authority of Singapore (IRAS).

If there is a reasonable cause for:

the Commissioner may reduce the interest rate. This interest rate will not be less than the current, prevailing prime lending rate of the banks in Singapore.

For deaths between 1 January 1999 to 31 December 2004, the interest on the amount of the unpaid inheritance tax differs according to the time period after the date of death:

An executor, administrator, or accountable person has to pay the inheritance tax within 30 days from the date of the Notice of Assessment (NOA).

The NOA is the tax bill that IRAS sends, which includes the payable inheritance tax if any.

If the inheritance tax or interest is not fully paid after the date of the NOA, a late payment penalty is imposed (see below).

Only the interest imposed, and not the unpaid inheritance tax, is payable.

There is a penalty of 6% per year on the first complete month, if the inheritance tax is not paid for more than 6 months after the death and within 30 days from the date of the NOA.

There is a further penalty of 1% per year on an incremental basis for each completed month, for which the maximum may be up to 12%.

IRAS would issue a Demand Note for late tax payments, stating the penalty that is payable. If you receive a Demand Note, you should pay the duty and penalty within the deadline stipulated in the Demand Note.

If you do not do so, IRAS is authorised to take legal action against you to recover the unpaid inheritance tax without prior notice.

How Do I Pay Inheritance Tax?

There are 2 ways to pay inheritance tax:

For cheque payments, the payment slip should be attached and the tax reference number should be written at the back of the cheque.

When Is Inheritance Tax Clearance Required?

Inheritance tax clearance refers to the confirmation that your tax affairs are in order. Meaning, you have disclosed and paid all inheritance tax liabilities.

Clearance is not required if:

However, clearance is required if a Grant of Representation is required (a court order that authorises a person to administer the estate of the deceased – either a Grant of Probate or a Grant of Letters of Administration) or in instances where:

These are not exhaustive, and there may be other instances where clearance is required.

It is never too early to start planning your estate. For a start, you can select your executor or trustee, whom you are confident of, in entrusting the administration of your estate after your death.

Need a probate and letters of administration lawyer to assist with your legal matters? 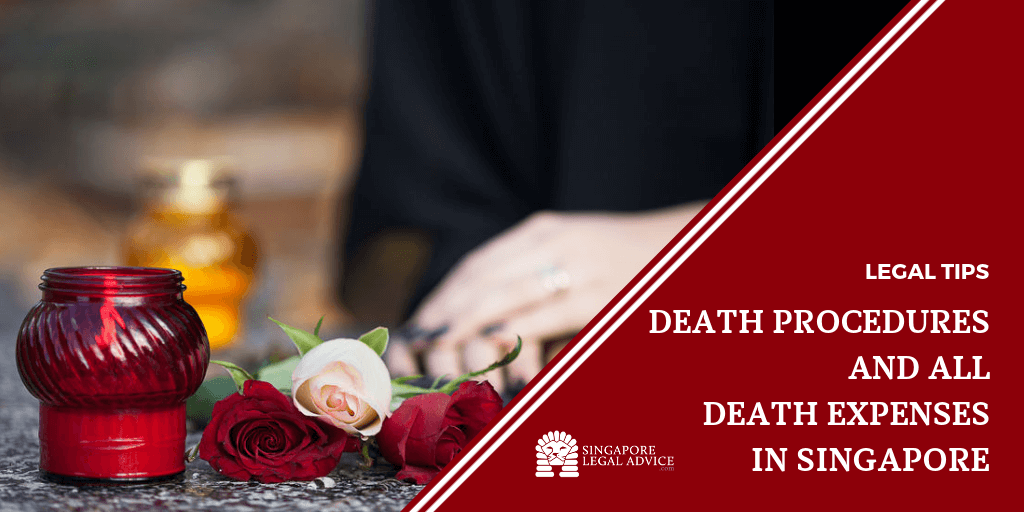 Death Procedures and All Death Expenses in Singapore

Applying for a Grant of Probate in Singapore

An Executor’s Checklist to Executing a Will in Singapore 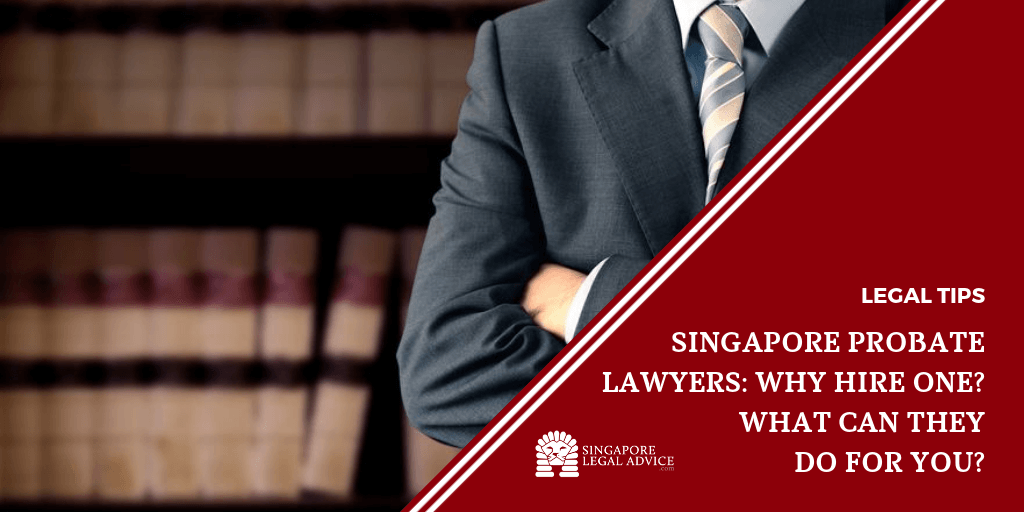 Singapore Probate Lawyers: Why Hire One? What Can They Do for You? 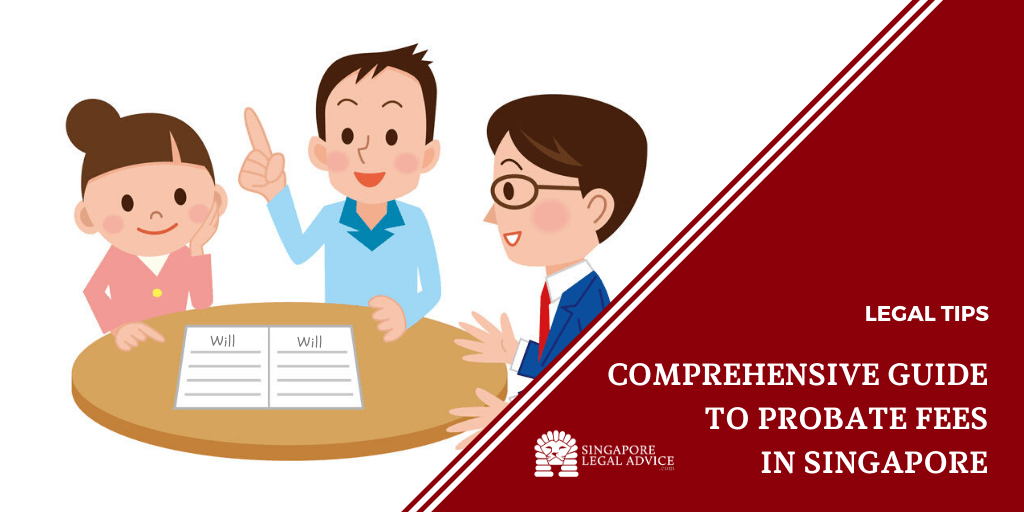 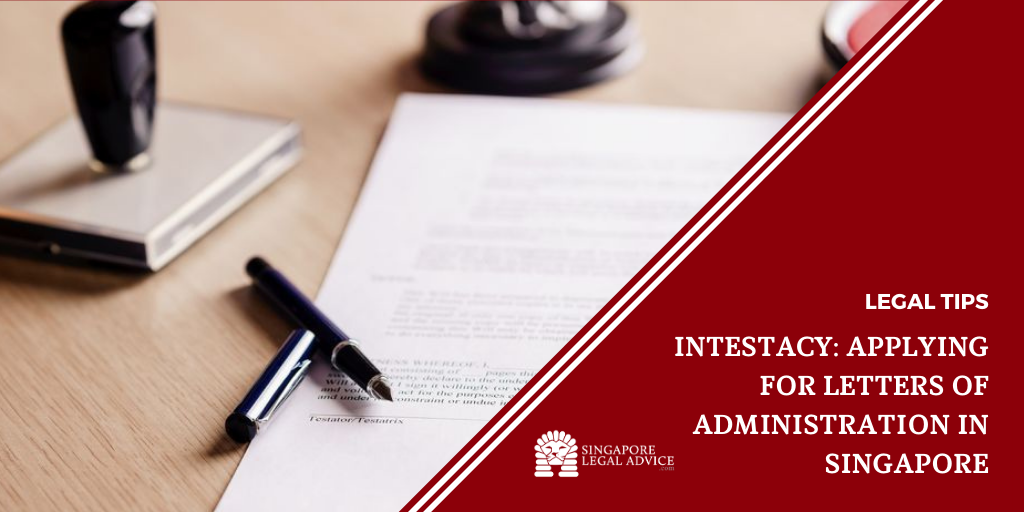 Intestacy: Applying for Letters of Administration in Singapore