Generally, the unlawful carrying of weapons is an offence punishable with jail and caning. Sometimes, a fine is incurred. This is however subject to certain conditions, all of which will be detailed below.

This article will also discuss certain provisions under the Guns, Explosives and Weapons Control Bill which will come into operation at a later date. It will cover:

What is the Law on Carrying Weapons in Singapore?

What are Considered Weapons in Singapore?

Both the Guns, Explosives and Weapons Control Bill and the Corrosive and Explosive Substances and Offensive Weapons Act state types of items that are considered weapons. They include:

Next, an “offensive weapon” is defined in the Corrosive and Explosive Substances and Offensive Weapons Act as any item that is likely to cause hurt. These are items that do not fall within the above categories, but are still capable of causing hurt.

Once the Guns, Explosives and Weapons Control Bill takes effect, the Bill will refer to “prohibited weapons” and “offensive weapons” as “weapons” in its provisions.

What are the weapons requiring a licence in Singapore?

The following items are controlled by the police and a licence is required for possession:

Can I Carry or Possess Weapons for the Purpose of Self-Defence?

However, you are not allowed to use greater force than necessary to defend yourself. Thus, the use of a weapon to defend yourself, whether the weapon is an imitation one or real, might be considered excessive if the attacker was not using a weapon against you.

Even if you do not use the weapon, possessing a weapon for self-defence (e.g., simply carrying it in your bag) will still be a criminal offence. A 32-year-old man admitted to carrying a 20cm butter knife for self-protection when he went to the home of an acquaintance. He was jailed 3 months for the possession of an offensive weapon.

Can I Carry Imitation, Replica or 3D-Printed Versions of Weapons?

Imitation or replica weapons such as imitation guns will be excluded from the Guns, Explosives and Weapons Control Bill. This is because they are deemed to be unlikely to be effective to cause injuries or death. Therefore, you can still possess your Nerf guns.

However, if a Nerf gun or any replica gun was used to commit or abet certain offences, you may be penalised for exhibiting an imitation arm, along with an offence for the main criminal act.

On the other hand, ornamental weapons, which currently are exempted from the licensing requirement, will need a class licence under the Guns, Explosives and Weapons Control Bill in the future, as they have the potential to cause harm. Such ornamental weapons include ornamental swords and daggers.

Under the class licence scheme, there will be certain criteria and conditions relating to possession of the licensed weapon to adhere to. If you do so, you will then be automatically treated as licensed and will not need to apply for an individual licence to possess such weapons.

The Guns, Explosives and Weapons Control Bill also renders unlicensed possession of 3D digital blueprints for a gun or major gun parts an offence, punishable either by a fine of up to $10,000 or a jail term of up to 1 year, or both.

What Happens If You’re Caught in Possession of an Offensive Weapon?

If a police officer has reasonable grounds to believe that you are in possession of an offensive weapon (i.e. any item that is likely to cause hurt), he may stop and search you or your vehicle without a warrant for it.

If he finds the weapon, and you have no lawful purpose for possessing it, you may be charged with an offence punishable by up to 3 years’ jail and at least 6 strokes of the cane. The weapon may also be disposed of.

What happens If You’re Caught in Possession of a Scheduled Weapon?

If the weapon found on you was a scheduled weapon, you may be found guilty of an offence for carrying a scheduled weapon if you cannot prove that you were carrying it for a lawful purpose. This applies regardless of whether you possess a required licence for the weapon.

For example, a man was charged for wielding a drawn samurai sword on the train. Although he was a sword-fighting teacher, he wielded his sword outside his dojo and outside of lesson hours. Such an offence is punishable by jail of up to 5 years and at least 6 strokes of the cane for a first-time offence.

What Happens If You’re Caught in Possession of a Gun?

Additionally, once the Guns, Explosives and Weapons Control Bill comes into effect, if the weapon found on you was a gun, you can be liable to a fine up to $10,000 for each fully assembled gun, and jail for a term up to 5 years.

Currently, unlawful possession of a gun is an offence punishable with a jail term between 5 to 10 years, and with at least 6 strokes of the cane.

If you were to come into possession of a gun, major part of a gun, gun accessory or weapon either by way of inheritance or by excavation, you should promptly surrender it to the police. Should you fail to do so, you can be liable to a fine of up to $10,000, jail for a term of up to 6 months or to both for a first-time offence once the Guns, Explosives and Weapons Control Bill comes into effect.

What are the Offences and Penalties Related to Weapons in Singapore?

The Corrosive and Explosive Substances and Offensive Weapons Act regulates the handling of offensive and licensed weapons. The following table provides a list of offences and penalties under this Act:

The Guns, Explosives and Weapons Control Bill, when in force, will also regulate the handling of guns, explosives and weapons. The following table provides a list of offences and penalties under this Bill:

The Arms Offences Act regulates the unlawful possession, the carrying and the usage of arms. An “arm” under the Arms Offences Act generally refers to any type of gun or pistol that can discharge either shots, bullets or any type of missiles. Bombs and grenades are also included in this definition. An imitation arm refers to anything that bears a resemblance to a genuine arm.

The following table provides a list of offences and penalties under the Arms Offences Act:

Examples of scheduled offences under the Arms Offences Act include:

As seen from this article, Singapore’s weapon control laws are tight, and the punishments for unlawfully possessing a weapon are severe.  If you have been charged with a weapons-related offence, you should engage a criminal lawyer to seek legal advice on your case and representation in court if necessary. 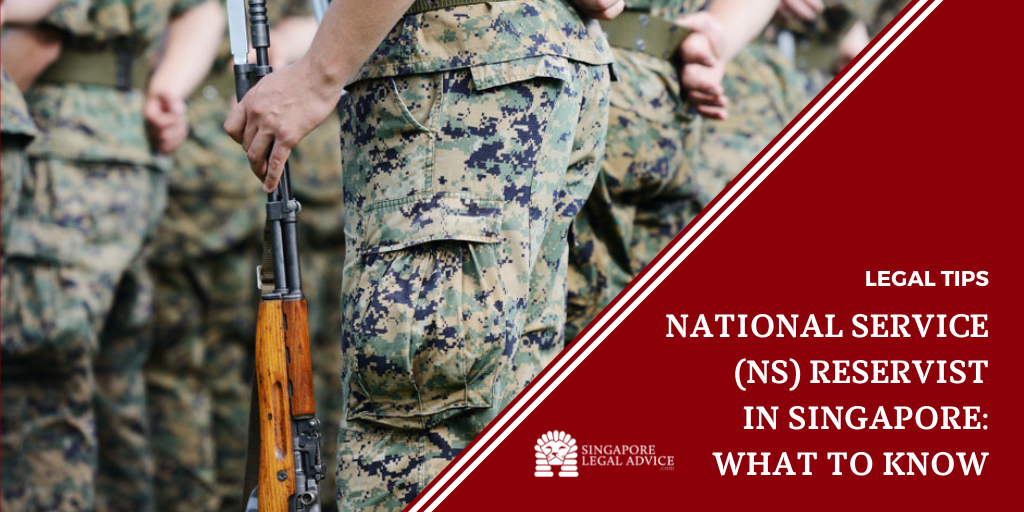 National Service (NS) Reservist in Singapore: What to Know

Composition Offers and Fines for Criminal Offences in Singapore

Can I Use the Defence of Intoxication in Singapore?

Road Rage: What is It and How are Offenders Sentenced in Singapore

Hire the Best Criminal Lawyer For Your Case in Singapore