It is not unusual for parents to want to protect their children. Not just from harm, but also from situations that may be overwhelming or difficult for a younger person to comprehend. One such instance may be when a minor child is subpoenaed to appear in court as a witness.

However, it is also important, as provided under the United Nations Convention on the Rights of a Child (which Singapore is a party to), to give opportunities for children who are already capable of forming their own views to express these views, and especially, to be heard in any judicial or administrative proceedings affecting them.

As a parent, you may wish to know if there are any safeguards and measures to ensure that the best interests of your minor child are promoted where he/she is subpoenaed to be a court witness. This article discusses:

What is a Subpoena and What Does It Mean to be Subpoenaed as a Court Witness?

A subpoena is a legal instrument that requires a person to attend court at a specified date and time to provide evidence in a particular case as a witness. Unless a subpoena is set aside by the court, it must not be ignored. Doing otherwise will be taken as disobeying court orders and may hold the person in contempt of court. Being found guilty of contempt of court may hold a person liable to be fined or imprisoned.

For example, if a parent actively prevents their child from becoming a witness despite being the child having been subpoenaed to do so, then this effectively acts as disobedience of a court order or undertaking and said parent can be held in contempt.

Being subpoenaed to be a witness in court for one party in a case carries with it various responsibilities and duties, which include giving evidence truthfully, being cross-examined by the opposing party and dressing respectfully in business or formal attire.

Can a Child or a Minor be Subpoenaed as a Court Witness?

Yes, it is not uncommon for a child or a minor to be allowed or required to give evidence.

The Evidence Act provides that all persons shall be competent to testify unless the court considers that they are prevented from understanding the questions put to them or from giving rational answers to those questions by tender years, extreme old age, disease, whether of body or mind, or any other cause of the same kind.

While the law mentions “tender years” as a possible reason for a child to be incompetent to testify, there really is no specific age restriction on children or minors giving testimony. As long as a minor is already capable of understanding, forming and expressing rational thought then they may be called upon to be a witness in a court proceeding.

Who is Considered a Minor in Court Proceedings?

Therefore, whether a person will be viewed as a minor or not in a court case will be dependent on the law that is applicable in that case. However, regardless of age, a person who has been issued a subpoena is expected to comply with it as it is a court order.

In the Penal Code, sexual intercourse with a minor under 16 years of age is considered underage sex and hence the law defines a minor as someone under the age of 16 in that situation. While under the Civil Law Act, a contract entered into by a minor who has reached the age of 18 years old is valid, except in certain circumstances provided for under the law.

When May a Child be Subpoenaed to be a Court Witness?

An example of a criminal proceeding where a child may be asked upon to testify against an accused is in cases of sexual abuse where the child was the victim of abuse or was a witness to the abuse of another.

On the other hand, an example of a family proceeding would be in instances of divorce where one of the contentious issues is custody of children in the marriage. However, in family proceedings, the way that a child may express his or her views may not necessarily be through the witness stand, but rather through judicial interviews conducted by the presiding judge of the Family Justice Courts. Judicial interviews are oftentimes done in private and in the judge’s chambers.

It must be noted, however, that children are generally not encouraged to give evidence in matrimonial proceedings. This is to prevent the child from getting caught in between opposing parties who in these situations are oftentimes both parents of the child.

Are there Protective Measures to Ensure the Safety and Comfort of a Child Witness?

Yes, various measures and techniques are now being employed by the courts to prioritise the safety and comfort of child witnesses. Some of these measures include, among others:

What are Ways by which Dealing with a Child Witness May Differ from an Adult Witness?

Dealing with children as witnesses requires more sensitivity and patience in order to prevent the experience from being a traumatising one. Children are unfamiliar with the court environment and being surrounded by adult strangers in this setting can be especially intimidating.

It is important that questions asked to a child be done in a calm and neutral manner. While badgering witnesses are not allowed regardless of age, children can be easily frightened because they are generally more vulnerable than adults.

Worried parents of potential child witnesses may employ the assistance of lawyers who are experienced in dealing with child witnesses. In order to know whether or not a lawyer has the capacity and experience in this area, parents need to be aware of the following steps that a lawyer must necessarily employ in the conduct of examining a child witness:

Are there Other Means of Providing Assistance to a Child Who has been Subpoenaed to be a Court Witness?

Yes. One such resource is the Vulnerable Witness Support Programme, which is a partnership between the Family Justice Courts and the Singapore Children’s Society. This programme aims to provide emotional support to vulnerable litigants and witnesses (such as children) during Personal Protection Hearings, which is relevant in cases of domestic or family violence.

One of the most important aspects of the programme is the assistance provided to vulnerable child witnesses by the Volunteer Support Person (VSP). The role of the VSP is to be a neutral but supportive and calming presence to the witness throughout the hearing process.

VSPs are especially trained and screened by the Singapore Children’s Society, and they are cleared of any criminal records before they are made to undertake the responsibility.

It is significant to note that in instances where a child may be asked to give evidence in a court proceeding, ultimately, the best interests of the child will still have to prevail. Care has to be taken to ensure that child witnesses are adequately protected and supported as they provide their testimony.

While it may not be a must to obtain the assistance of a lawyer if a child not a party to the case is asked to be a witness, it cannot be stressed enough that dealing with child witnesses – including preparing them prior to the hearing and getting them acquainted with the court system – requires special and considerable skill.

Hence, it may be better to ask for assistance from an experienced lawyer to ensure the safety and protection of the child. 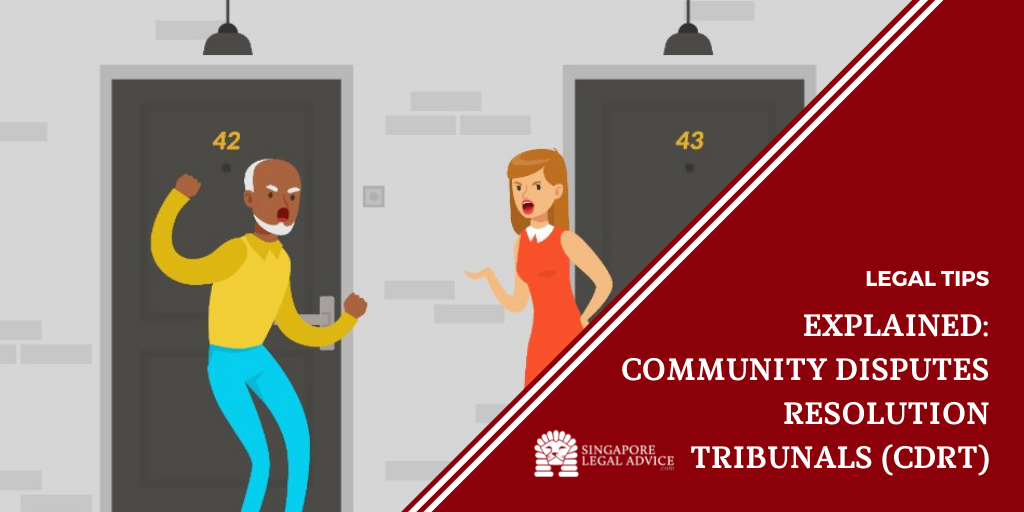 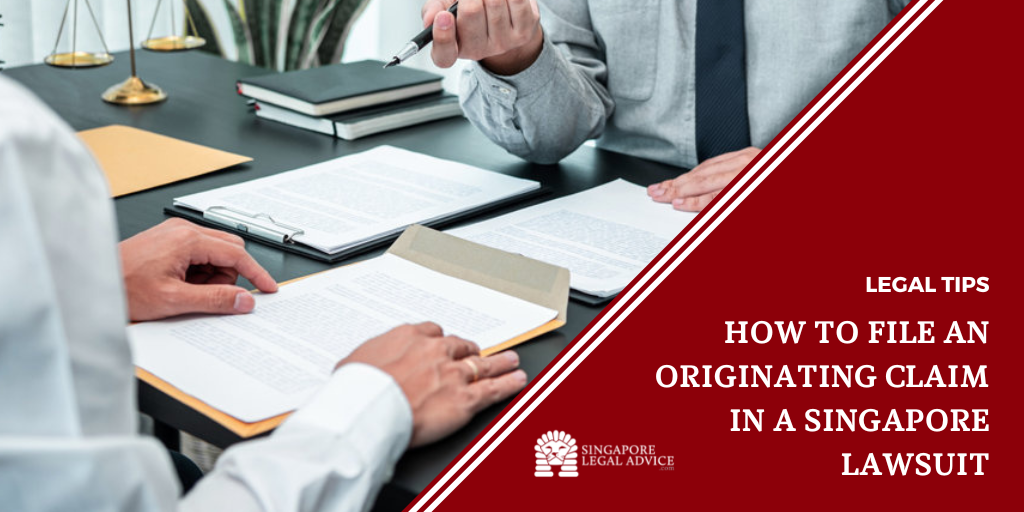 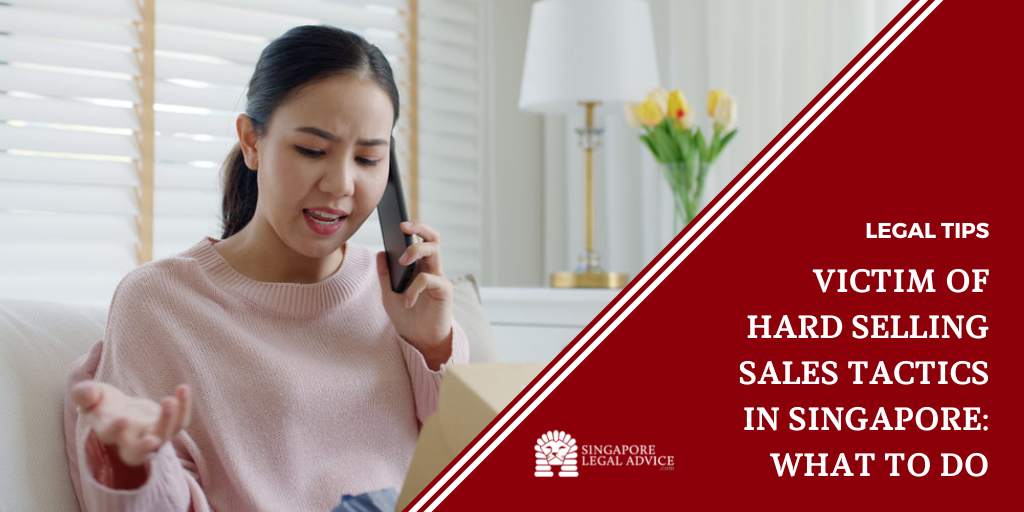