Should You Make a Post-Nuptial Agreement in Singapore?

What is a Post-Nuptial Agreement?

A nuptial agreement is an agreement between a couple setting out what will happen if the parties separate or divorce, or if one party passes away.

Difference between pre-nuptial and post-nuptial agreements

As mentioned above, the main difference between pre-nuptial and post-nuptial agreements is when they are created (i.e. at which stage of the marriage).

This is because post-nuptial agreements are presumed to reflect parties’ more recent attitudes and intentions after marriage. This is as compared to pre-nuptial agreements, which are generally made before parties fully understand the implications and commit to the responsibilities of marriage.

However, as mentioned above, the court may give the post-nuptial agreement more weight, if the terms of both agreements conflict.

Difference between post-nuptial agreements and deeds of separation

While post-nuptial agreements and deeds of separation are both entered into during a marriage, there are differences between the two.

For one, deeds of separation are prepared only when parties wish to separate without immediately filing for divorce or when parties have not yet met the conditions to file for divorce.

On the other hand, post-nuptial agreements can be entered into even when one’s marriage is doing well, and for other reasons that will be discussed below.

Another difference is that a deed of separation binds parties to the agreement immediately after it is created, governing the relations between the parties during the separation.

However, notwithstanding the above, the court can choose to take nuptial agreements into account as one of the factors in determining the ancillary matters between parties.

Difference between post-nuptial agreements and wills

As stated above, a post-nuptial agreement also has a secondary function of setting out what will happen if a spouse passes on before the other. This is similar to the function of a will.

For example, if you wish to pass on a property to your surviving spouse only, then a post-nuptial agreement can be drafted to include such a term. However, if you wish to have the property passed on to your other family members, then a will would have to be drafted.

It also means that the agreement can be invalidated under the usual contractual grounds, such as if it was made under undue influence, duress, misrepresentation or mistake.

For example, a post-nuptial agreement stating that the wife cannot apply for maintenance from her husband after a divorce might not be enforceable. This is because this term of the agreement potentially goes against section 113 of the Women’s Charter, which empowers the court to order a man to provide maintenance to the wife.

The court can therefore decide to ignore that term and order the husband to pay his wife maintenance if appropriate to do so.

Section 112(2)(e) of the Women’s Charter provides that when making a decision on the division of matrimonial assets, the court has to take into account (among other factors) any agreement between the parties, which includes pre-nuptial and post-nuptial agreements.

However, the court would still have to be satisfied that such a division of matrimonial assets will be “just and equitable” , before enforcing such an agreement.

Arrangements for the children

For matters involving arrangements for children after a divorce, the court will not uphold any post-nuptial agreements that run contrary to the welfare of the children. Such matters include issues of child custody, care and control, and access.

For example, in the post-nuptial agreement, a parent might state that he or she will not provide the parties’ children with accommodation, clothing, food and education after marriage. However, the court would likely disregard such a provision since it would not be in the best interests of the child.

When drafting a post-nuptial agreement, parties are free to decide what terms to include in the agreement. However, as mentioned above, not all the terms included will be enforceable, especially if these terms go against established family laws.

A few issues that are usually discussed in post-nuptial agreements are:

Should You Write a Post-Nuptial Agreement?

It is not compulsory to have a post-nuptial agreement.

Nevertheless, entering into such an agreement should always be an informed, consensual choice by both parties. Parties should evaluate the potential benefits and limitations of entering into a post-nuptial agreement and decide if it is suitable for their needs and objectives.

The table below describes a few potential benefits and disadvantages of signing a post-nuptial agreement that couples may wish to consider:

Benefits and disadvantages of writing a post-nuptial agreement

Can I draft a post-nuptial agreement myself? Must I hire a lawyer?

If you and your spouse decide to go ahead with entering into a post-nuptial agreement, you can technically write the agreement by yourself.

However, because many factors can potentially cause a post-nuptial agreement to be set aside (i.e. not enforced) by the courts, it may be better to hire a lawyer to draft the agreement to ensure that it complies with the legal requirements.

This is especially so if the terms of the agreement are complex, for example, the division of marital debts which involves the calculation of liabilities and present and future interest rates.

A post-nuptial agreement can be drafted by a single lawyer selected by both parties if both parties generally agree on the terms of the agreement.

However, if there may be disagreement as to the different terms to be included, each spouse should consider getting their own lawyers to advise them on their legal position on the different terms. Ultimately there must be only one post-nuptial agreement that is signed.

Alternatively, if you think that it would be uncomfortable to discuss such an issue with your spouse by yourself, it might be better to do so with the help of a mediator, a neutral third-party, who might be able to facilitate the discussion.

Need a pre-nuptial agreement lawyer to assist with your legal matters? 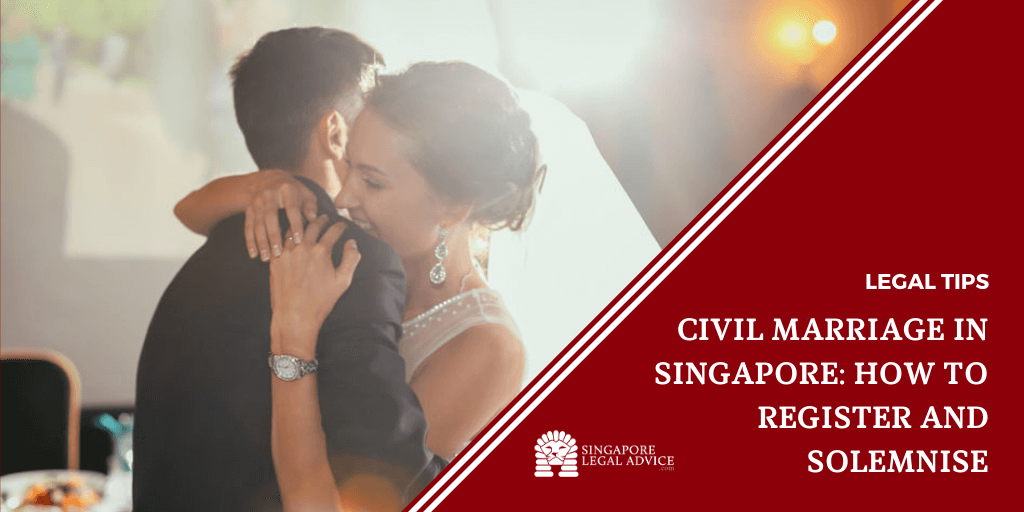 Civil Marriage in Singapore: How to Register and Solemnise 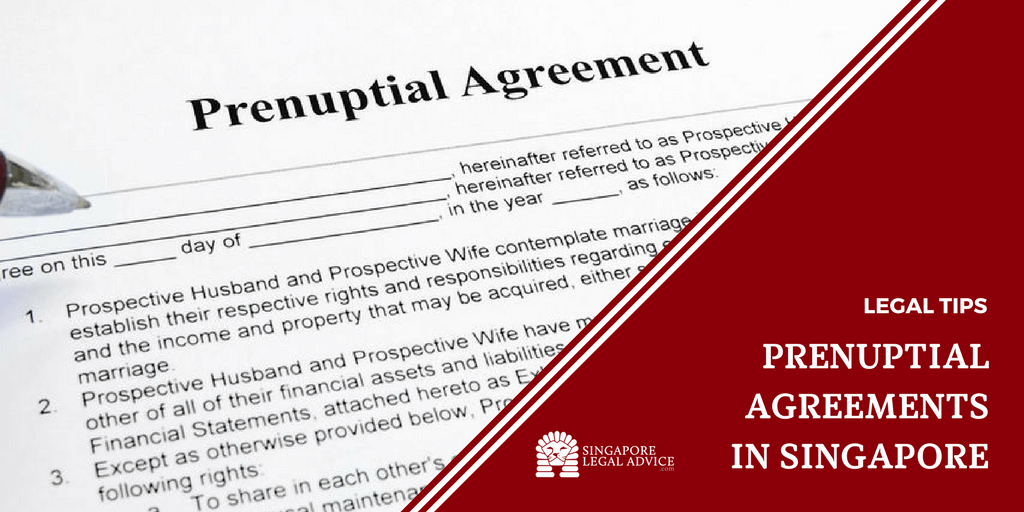