Recidivism: What Happens If You Reoffend in Singapore?

If you had previously been convicted of an offence in Singapore, you may wish to know what will happen in the event of recidivism, i.e. if you reoffend. This article will cover:

What Is the Act of Reoffending?

Reoffending (also known as recidivism) is essentially when someone who has previously been convicted of a crime ends up committing another crime soon after.

In Singapore, the Singapore Prison Service has defined recidivism to be when inmates are detained, convicted and imprisoned again for a new offence within 2 years of their release from prison.

What Happens if You Reoffend in Singapore?

Reoffending may result in stricter penalties for subsequent convictions.

For instance, there are enhanced penalties for offenders with previous convictions for certain traffic offences such as drink-driving or reckless driving. The purpose of imposing the harsher penalties is to deter further commission of such offences to protect the public.

If you have been convicted of 1 or more traffic offences, the court may punish you for a repeat offence with up to 3 times the amount of punishment, compared to if you had been a first-time offender of such offences. This includes tripling the maximum duration of the jail term, but capping it at 10 years.

Another example would be increased penalties for repeat offences under the Protection from Harassment Act (POHA). Such offences include causing harassment, alarm and distress, causing fear or provocation of violence and unlawful stalking.

While individuals convicted of causing harassment may get a fine of up to $5,000 the first time, the punishment increases to a fine of up to $10,000 and/or a jail term of up to 6 months for subsequent convictions for the same offence.

Can reoffenders be granted community-based sentencing options or probation?

Community-Based Sentencing (CBS) options provide the court with a more flexible, rehabilitative and calibrated approach to sentencing for minor offences. CBS options include completing one of the following:

A DRO is for first-time offenders above 16 years old. Offenders under a DRO are to report to a day reporting centre for monitoring, counselling and to undergo rehabilitation programmes. If you commit another offence while under a DRO, the court may revoke the DRO and impose penalties such as:

Probation is mainly for first-time offenders above 16 years old but under the age of 21. If you are placed on probation, you must comply with conditions such as reporting to your Probation Officer and abiding by a curfew.

Should you reoffend while on probation, your probation order may be revoked and you may end up being sentenced for the offence that you had originally committed. Alternatively, if you are under the age of 21, you may receive reformative training instead.

However, CBS options and probation are generally targeted towards non-habitual offenders. This is to help them rehabilitate and reintegrate into the community. For example, the court is generally unable to grant community-based sentences to reoffenders who had been previously sentenced to:

Regardless, where appropriate, the court may still order CBS after looking at the circumstances of the case, the nature of the offence and the character of the offender. This may include examining the offender’s pattern of offending and whether the offender shows signs of reform or of remorse.

You may be sentenced to reformative training

Reformative training (RT) is another rehabilitative sentencing option that may be imposed on reoffenders. During RT, offenders will undergo a comprehensive rehabilitation programme in a structured environment in a Reformative Training Centre (RTC).

However, as compared to the above CBS options and probation, RT results in a criminal record. RT usually lasts between 18 months and 3 years.

Depending on the circumstances of the case, it is possible for reoffenders to be sentenced to RT. For example, a youth was sentenced to RT after being caught taking upskirt videos while serving probation for previous offences.

You may be sentenced to preventive detention

A preventive detention order can last between 7 to 20 years and is usually meted out to those:

A man was sentenced to 12 years’ preventive detention for molesting a child below 14 just 10 months after his release in 2019. The court held that he had “paedophilic sexual interest” and a high risk of reoffending.

What Happens if You Reoffend While on Bail?

If you are on bail, you are temporarily released from remand while awaiting trial. One or more persons (known as a surety or bailor) must execute a bond for a sum of money to ensure your attendance in court.

When you are released on bail, you cannot commit any offence. If you reoffend, the court may vary the conditions of your bail and you may be arrested without a warrant. The court may also remand you in custody as it thinks fit.

For example, a man was sentenced to 15 months and 6 weeks’ jail for appearing naked in a female toilet, in addition to committing multiple counts of theft entailing more than $12,000, while on bail.

What Happens if You Reoffend While on Parole?

Under the CRO, you are effectively released from prison, but one of the basic conditions is that you must not reoffend while on parole. If you reoffend, the court may impose an enhanced sentence, in the form of a jail term, as a penalty.

The maximum jail term for the enhanced sentence cannot exceed the remaining duration of the CRO from the date of your reoffending. This will be on top of the sentence imposed for the latest offence that you’ve committed. You may also not be entitled to a CRO in the future for having breached your previous CRO by reoffending.

What Are Some Schemes in Place to Reduce Reoffending in Singapore?

If assessed to be suitable, inmates can serve the remaining two-thirds of their sentence via Community-Based Programmes (CBP), which serve to reduce reoffending and support reintegration into the community.

Whether CBP is suitable depends on factors such as the offender’s:

CBP comprise 3 schemes for offenders at the tail-end of their sentence:

We hope this article has helped you understand more about reoffending in Singapore and the potential consequences of reoffending, such as having heavier penalties imposed on you, being sentenced to preventive detention, being arrested without a warrant for reoffending while on bail and so on.

If you have previously been convicted of an offence in Singapore and have been charged with another offence, you may want to engage a criminal lawyer. A criminal lawyer would be able to advise on whether you would likely be convicted again and your next best courses of action. If necessary, the lawyer will also be able to represent you in court.

Need a lawyer to assist with your legal matters?

Tan Seow Peer
I had been using seow peer for several of my transactions and every single transaction is flawless. Her professionalism and…
Read more 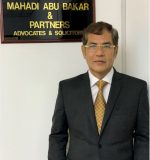 Mahadi Abu Bakar
Assalamualaikum to Mr Mahadi, he have been very helpful,patience and fight all the way for what's it right for my…
Read more