Shadow Directors: Who are They and What Duties Do They Owe to the Company?

Are you an investor in a private company, or perhaps are you a director or senior manager of such a company? If so, knowing about the law on shadow directors in Singapore may help you protect your financial interests, or avoid exposure to unnecessary liability respectively.

Who is a Shadow Director?

A de jure director of a company is a director who has been formally appointed to sit on the board of directors (such as through an ordinary resolution of the members). This person’s appointment as director is also disclosed to the Accounting and Corporate Regulatory Authority (ACRA).

In another scenario, a de facto director refers to a person who openly acts as if they were a director without being formally appointed as one. For example, a senior employee (who does not have a seat on the board of directors) given free rein to make major decisions for the company, without any oversight by the (de jure) directors, will likely be a de facto director of the company.

A shadow director, however, does not openly claim to be a director. Neither does he openly exercise the powers associated with directorship. Rather, a shadow director instructs or directs de jure directors on matters which they should be deciding on their own, such as the overall growth strategy of the company.

The Singapore Companies Act makes it clear that shadow directors are directors of the company, as it defines “director” as including:

“a person in accordance with whose directions or instructions the directors or the majority of the directors of a corporation are accustomed to act“.

Ultimately, whether someone counts as a shadow director depends on factors such as:

What are the Duties of a Shadow Director?

Shadow directors are regarded as fiduciaries of their companies and owe the same extensive duties to the company as their de jure counterparts.

For example, section 157 of the Companies Act provides that directors are under duties to act honestly and reasonably, and to not misuse their position for personal gain. Shadow directors may therefore may be sued if they are in breach of such duties to their companies.

De jure directors who blindly follow a shadow director’s directions on what to do without considering whether such directions are in the company’s best interests may themselves also be in breach of their duties to the company.

Read our other article for more information on directors’ duties in Singapore.

The 2017 High Court judgment of Sakae Holdings Pte Ltd v Gryphon Real Estate Investment Corp Pte Ltd is a useful case study to illustrate the kind of facts which may lead one to being regarded as a shadow director, and therefore owing directors’ duties to the company.

DF subsequently accused AO of improperly causing loss to GREIH for his own benefit. It was alleged that AO caused GREIH to pay him $8 million for his appointment as Project Manager, even though this payment did not comply with the terms of the joint venture agreement.

However, the court held that AO was still a shadow director of GREIH. This was because SH continued to deal with AO whenever it had enquiries about GREIH. AO was also the one who directed GREIH to pass board minutes to SH when SH requested to see them. Furthermore, AO caused SH’s representative to be added as joint signatory for cheques drawn on GREIH’s bank account. Such powers ought to have been exercised by a director of the company. At the same time, SH had not been able to obtain HYK’s contact details when HYK was appointed director of GREIH.

HYK also testified in court that AO had recruited him to act as GREIH’s director, and was told by AO that it was a “small role” because the management of GREIH had been largely delegated to a management company controlled by AO and his assistant, Mr Ong Han Boon (“OHB”). Even after his appointment as director, HYK never knew much about GREIH’s affairs. Rather, AO was the one making the strategic and investment management decisions for GREIH and HYK would only consider matters directly brought to his attention.

The court also held that OHB was not a shadow director of GREIH. This was because he merely played a supporting role to AO and took AO’s instructions, rather than making management decisions for GREIH himself.

If you suspect that the directors of the company are being unduly influenced by the directions of a third-party, such that the decisions they make do not appear to be in the company’s interests, you should first see if you have any self-help remedies available.

Such remedies may depend on the company constitution and/or any shareholders’ agreements which you have entered into. If you are a minority shareholder, it may be possible to have the errant director(s) dismissed using an ordinary resolution if you have support from other shareholders.

If this fails, you may want to seek legal advice on bringing a claim for minority oppression.

If you are a de jure director of a company

As a director of a company, the law places heavy responsibilities on your shoulders. You have a duty to the company to decide whether any proposed course of action is likely to benefit the company, even if you have been instructed by someone else to carry out such a course of action.

If you are a major client of a company

Occasionally, parties who are neither shareholders nor directors may ask to attend board meetings. While this is more common for creditors, it is possible that a major client may want to sit in for some key meetings to see that their interests are being protected.

In such a situation, you may speak freely and state your concerns with any proposed transaction. However, you may be accused of being a shadow director and be subject to liability as a director if you regularly dictate how things in the company are to be done. This is undesirable and should be avoided.

Good corporate governance is everyone’s interests. If you are a director who would like advice on fulfilling your duties to the company, or are potentially facing a lawsuit for a breach of these duties, it would be best to seek legal advice.

You can get in touch with a corporate lawyer here. 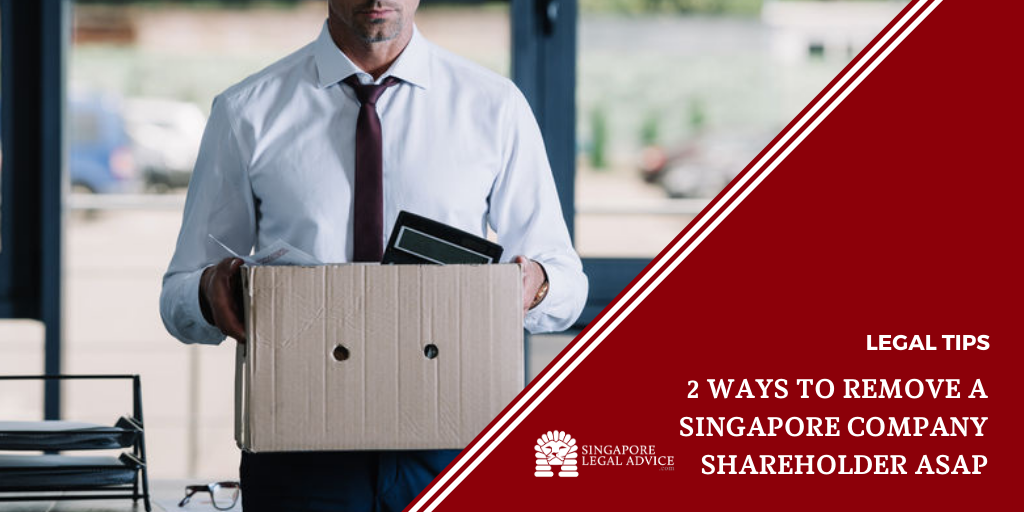