My trademark has been used without my permission. What do I do?

A trademark is a sign that businesses use to distinguish their goods and services from those of other businesses. However, other businesses may use similar signs for related goods and services, thereby confusing the public. They may be doing it deliberately, or because they do not know better. What can business owners do in such a case? This article will explore the possible ways of dealing with such situations.

Gathering of evidence of trademark infringement

A trademark owner should gather evidence against the businesses that use similar trademarks, for example on products or training materials. Alternatively, the trademark owner could get a private investigator to gather such evidence.

Letter of cease and desist or letter of demand

Depending on the legal strategy, the trademark owner can issue a letter of cease and desist to the other businesses that have infringed on the trademark. The letter can be seen as the first step in asking an individual or a business to stop an illegal activity by threatening legal action.

Has the trademark been registered?

Strictly speaking, since a trademark just refers to a sign that a company is using, it is not necessarily registered. That said, in everyday language, a “trade mark” has come to refer to a registered trademark.

Trademark registration awards the owners with an exclusive right to use the mark for a certain category of goods and services and makes it easier for a business owner to take action against competitors that attempt to use the same mark.

When competitors infringe an unregistered trademark, business owners are limited to the common law rights of “passing off.”

To utilise the right of “passing off“, one must prove:

These rather tedious requirements are referred to as the “classical trinity”, and has been approved and also endorsed by the Singapore Court of Appeal.

A registered trademark used without the owner’s permission can be seen as a criminal offence. It is advised that a police report should be made in accordance to the violation, along with the supporting evidence. Then the police should acquire a warrant that enables them to seize the illegal goods at the offender’s premises and finally proceed to press charges proper.

As for criminal sanctions, the maximum sanction would be a fine not exceeding $100,000 or imprisonment not exceeding 5 years or both, in addition to the possibility of forfeiture of the counterfeit goods. Thus it can be seen that the law takes a harsh stand against traders who deal in counterfeit and pirated goods.

It is strongly advised that owners of trademarks have their marks registered so that they are well-protected.

The process of filing a complaint against the offender or suing the offender may be one that is a long and tedious process for those who are not aware of their rights as a trade mark owner. Thus, it is advisable for one to seek legal advice. Compare quotations and get legal advice from trademark infringement lawyers.

Need a trademark infringement lawyer to assist with your legal matters? 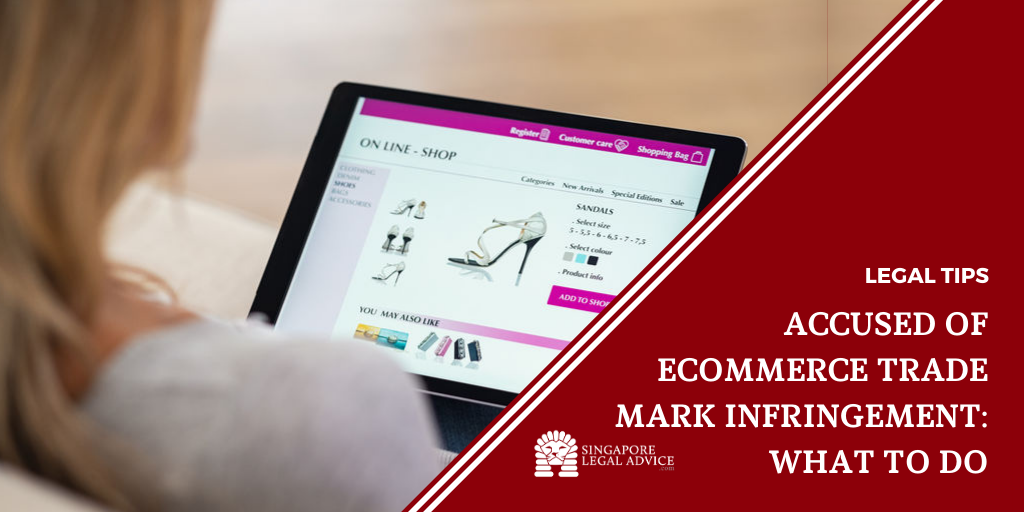 Accused of Ecommerce Trade Mark Infringement: What to Do 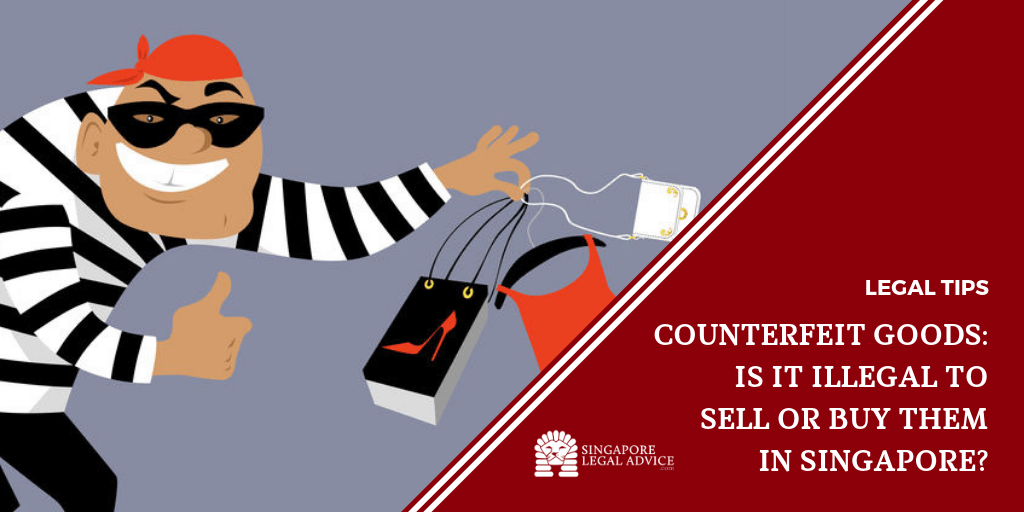 Counterfeit Goods: Is it Illegal to Sell or Buy Them in Singapore?

Businesses: Stop Losing Money to Sellers of Infringing Goods. Here’s How to Bring Criminal Charges against Them.