The offence of vandalism under Singapore’s Vandalism Act comprises several different acts ranging from stealing, destroying or damaging public property, to writing on, displaying or hanging items on, any public or private property without the prior consent of the government (in the case of public property) or the owner (in the case of private property).

The following infographic provides a diagram of the offence vandalism with regard to public and private property:

This is namely that there are 2 ways a vandalism offence under the Vandalism Act can be committed against public property:

On the other hand, a vandalism offence can only be committed against private property if the private property had been altered in certain ways (such as being written or drawn on, or if items are hung on it) without the owner’s consent (as per the purple route in the diagram above).

If your private property had been stolen, damaged or destroyed, such acts would not be considered vandalism. Other offences like theft might apply instead.

Offences and Penalties for Committing Vandalism

Apart from potentially coming under an offence of vandalism under the Vandalism Act, the same acts can also attract liability under other related offences, either in the Penal Code or other statutes.

The difference lies primarily in the elements that the prosecution must prove to show that the offence was committed, as well as the penalties which may be imposed upon conviction.

Importantly, for the offence of vandalism under the Vandalism Act, the High Court has clarified that the offence can still occur even if:

As mentioned in the table above, all that is required for an offence to be characterised as vandalism is that the alleged offender intended to commit an act of vandalism, and actually committed, attempted to, or caused to be done, an act of vandalism.

How Does the Prosecution Decide Which Vandalism Charge to Prefer?

As seen from the table above, there are many possible vandalism offences that an accused person could be charged with. How does the prosecution decide which offence to go ahead with?

The answer is that prosecutors have the discretion to choose the charge(s) which are proportionate to the culpability of the offender and harm caused. In this regard, it could be insightful to look at past cases of vandalism offences to see what charges were preferred in those situations.

It is possible that in a future situation, if the circumstances match the facts of a previous case, a similar charge will be preferred.

On 6 different occasions from September 2013 to November 2014, Ms Ng Chye Huay, a Falun Gong practitioner, displayed placards and hung banners at various public locations, such as the Esplanade Bridge and People’s Park Complex. with messages about Falun Gong and the Chinese government’s persecution of  Falun Gong practitioners. Ms Ng did not obtain any written authority by an authorised officer on any of the occasions to hang or display her materials on public property.

Ms Ng was charged with and convicted of 6 charges of vandalism under section 3 of the Vandalism Act. She was sentenced to the maximum penalty of a $2,000 fine per charge, which adds up to a $12,000 fine.

On 12 May 2013, Ms Samantha Lo and her accomplice spray painted the words “My Grandfather Road” and “My Grandfather Building” on the road at Telegraph Street and the wall of Realty Centre respectively. She also pasted stickers on traffic light control buttons at multiple locations around Singapore, earning her the nickname “Sticker Lady”.

The charges were decided upon taking into account considerations such as:

Specifically, the actions in this case (pasting stickers and spray painting roads and walls) were not very serious, the duo had cooperated fully with the investigation, and the loss to the victims were not great as well.

Ms Lo was sentenced to complete 240 hours of community service within a year, while her accomplice was sentenced to 160 hours of the same. Both of them were served 3-month-long Day Reporting Orders – this meant that they had      to regularly report for counselling sessions at a centre run by the Singapore Prisons Service. Additionally, Ms Lo was ordered to compensate the affected parties for the costs of removing the paint.

In 1993, Mr Michael Fay, an American teenager resident in Singapore was arrested for vandalising a number of cars, and doing acts such as spray-painting the cars and throwing eggs at them. Mr Fay was initially charged with 45 counts of vandalism under the Vandalism Act and 6 counts of mischief, and 2 other unrelated charges.

Mr Fay was sentenced to imprisonment for 4 months and 6 strokes of the cane for the charges of vandalism, and a $3,500 fine for the rest. His subsequent appeal was dismissed, but after a request for clemency was made by then-US President Bill Clinton, the number of cane strokes was reduced from 6 to 4 strokes.

Other than the offences listed in the table above, the same acts of the offender might also attract liability under types of criminal offences. This depends on the way in which the actions were carried out, the content of the vandalism, and the site of the vandalism, among other factors. A few of these other offences include:

Is Vandalism an Arrestable Offence?

For example, if the authorities catch someone with cans of spray paint at the scene of a freshly painted piece of graffiti, the suspect can be arrested without a warrant. Additionally, once the suspect has been arrested for vandalism under the Vandalism Act, he or she cannot be released on bail unless permission is given by the police or court.

As for the other alternatives to a charge of vandalism, nuisance under the MOA and the general offence of mischief under  section 425 of the Penal Code are not arrestable offences. This means that the police will need to obtain an arrest warrant from the court before they can arrest the alleged offender.

Other Consequences of Committing Vandalism

In addition to being an arrestable offence, vandalism under the Vandalism Act can also trigger other consequences.

According to the Vandalism Act, any of the items that are associated with the alleged vandalism offence can be seized. This includes the poster, placard, or any article that was being displayed, as well as any other thing which the authorities believe to be or to contain evidence relating to the offence.

Furthermore, upon conviction (whether for vandalism under the Vandalism Act or for an alternative vandalism offence), the offender may also be ordered to compensate the person whose property was affected. This was the case for Ms Lo as mentioned earlier, where the court ordered for her to compensate the relevant parties for the cost of removing her paintjob.

After an offender has been convicted of vandalism under the Vandalism Act, the next stage of the criminal process is sentencing. After hearing the submissions from the prosecution and the defence teams, the court will reach a decision on the sentence in accordance with some sentencing guidelines.

In general, these guidelines will cover factors like the nature and value of the property vandalised, as well as the reason behind the vandalism. From past cases, it can be seen that the courts also look at things like:

In the case of Ms Ng Chye Huay mentioned earlier, the court took into account Ms Ng’s pattern of repeated offending and lack of remorse, but also considered that there was no damage or defacement of property.

Therefore, the court imposed on her the maximum sentence for when an act qualifies as vandalism, but where no damage or defacement had been caused, to serve as a firm deterrent to Ms Ng or other potential offenders.

Indeed, there are also factors that either serve to reduce or worsen an offender’s culpability (and hence the severity of the punishment), also known as mitigating and aggravating factors respectively.

For vandalism under the Vandalism Act, these are a few of the mitigating and aggravating factors affect the severity of the sentence to fit a particular offender or offence:

Will Vandalism Result in a Criminal Record?

Even if you have committed a vandalism offence which results in a criminal record, you might still have the opportunity to have your criminal record treated as spent after a certain period of time. This simply means that your record will be wiped clean. To qualify for having your record spent, you must first meet the following criteria:

If you meet these criteria, you then have to remain crime-free for at least 5 consecutive years, starting from the date of your release from prison, or from the date that your sentence was passed if you were given a fine. Once you accomplish this, your record will be spent automatically, and you will be able to legally declare that you do not have a criminal record.

What Can I Do If My Property has been Vandalised, or If I have been Charged with Vandalism?

If unfortunately, you find yourself in a situation where you are a victim of vandalism (e.g. where your property has been damaged), you should file a police report immediately.

You might also be able to claim compensation for the damage that you have suffered. For this, it might be good to consult a litigation lawyer, who can advise you on the merits of your claim, as well as the amount that you can and should claim for.

On the other hand, if you have been charged with vandalism, you might want to consult a criminal lawyer to discuss your options moving forward if the prosecution decides to press charges.

Of course, it is entirely possible for you to conduct a criminal case yourself without being represented by a lawyer. However, a lawyer could assist you in advising and representing you at every step of the way.

For example, a lawyer could listen to your side of the story and advise you on the strength of the prosecution’s case, so that you can make a more informed decision whether to plead guilty or to claim trial.

If you decide to proceed with the trial, your lawyer can help you navigate the pre-trial processes, as well as conduct your defence during the trial itself. If you are eventually convicted of vandalism, your lawyer can also help present arguments to push for a lighter sentence for you. 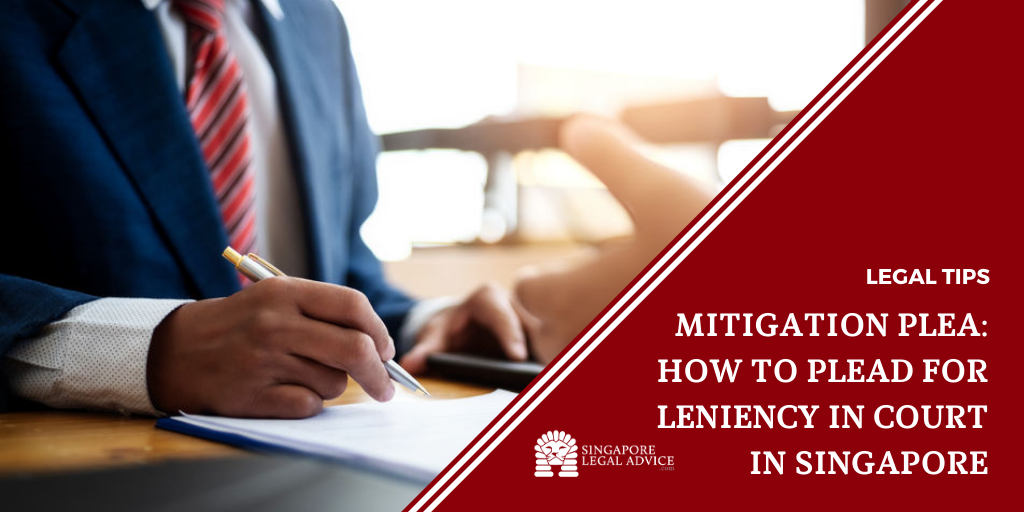 Mitigation Plea: How to Plead for Leniency in Court in Singapore 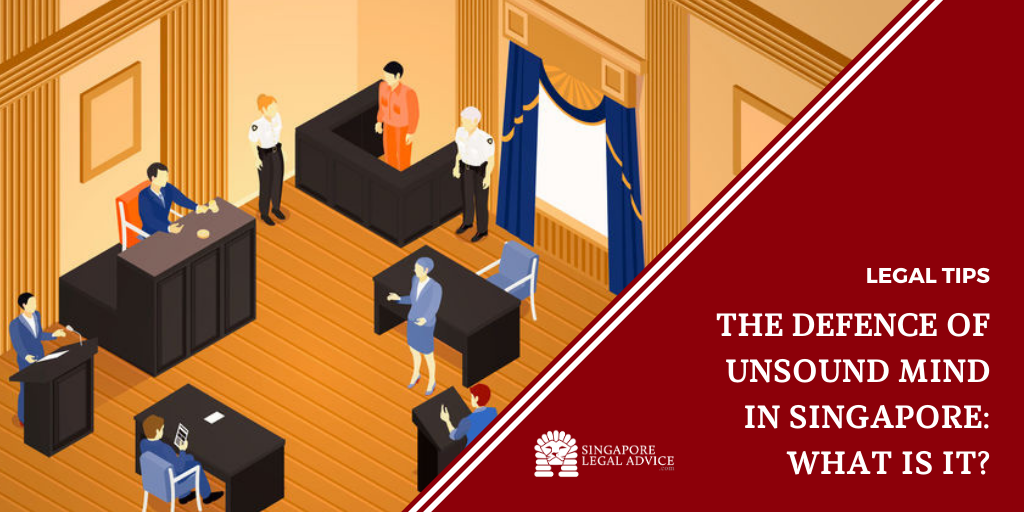 The Defence of Unsound Mind in Singapore: What is It? 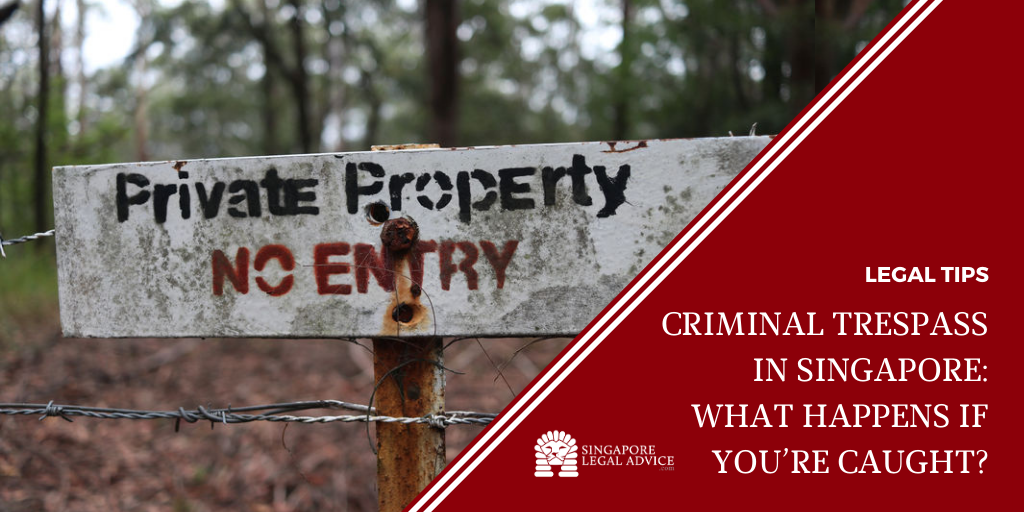 Criminal Trespass in Singapore: What Happens If You’re Caught? 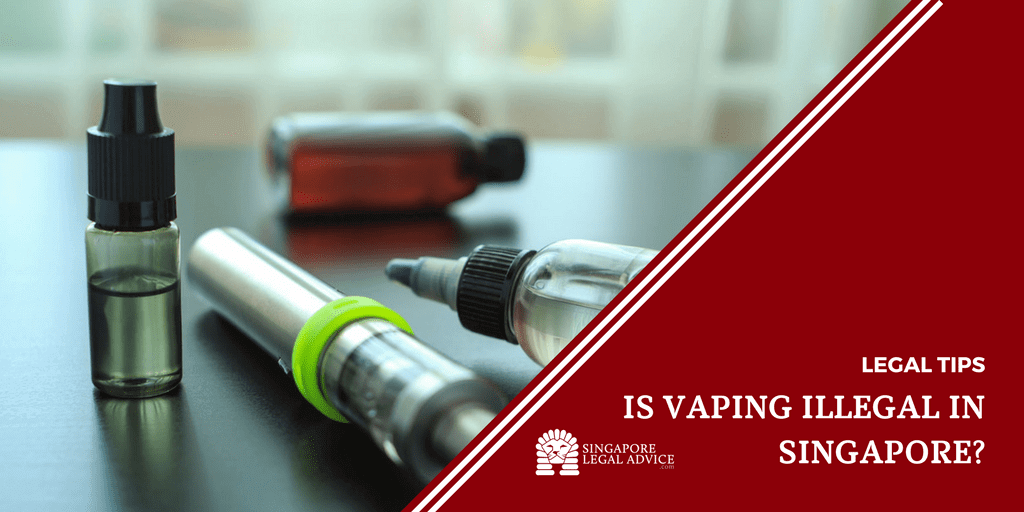 Is Vaping Illegal in Singapore? 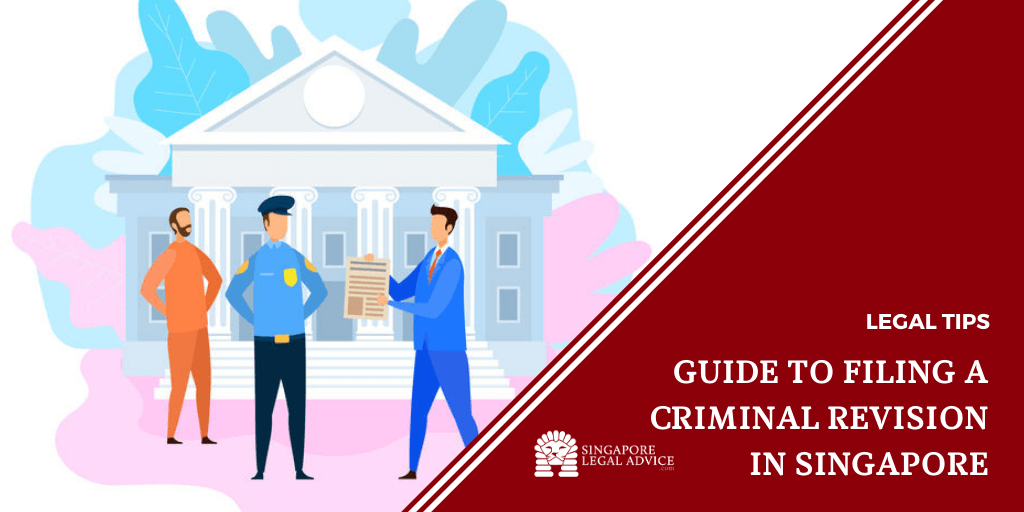 Guide to Filing a Criminal Revision in Singapore

Ray Louis
No comment. But Ray Louis Law team has done well. I am very satisfied of their services: - My friend…
Read more

Mohamed Baiross
I'm so pleased that I contacted IRB LAW FIRM. I was represented well, and experienced great customer service from anyone…
Read more