Apart from Singapore’s notorious ban on chewing gum, foreigners also associate Singapore with her draconian drug laws, known to be one of the strictest around the world.

In contrast, certain more drug-liberal countries such as Belgium or the United States have more relaxed drug policies. For example, marijuana (also known as cannabis) is strictly outlawed in Singapore but is legal to a certain extent in certain American states.

Other examples of drugs prohibited in Singapore include cocaine, opium, heroin, “ice”, ketamine (also known as “special K”) and ecstasy, and are collectively known as “controlled drugs” under the Singapore Misuse of Drugs Act (MDA).

The MDA contains Singapore’s law on drugs. Under the MDA, there are three main types of drug offences:

It is an offence under section 8(a) of the MDA to possess controlled drugs. The penalty for possessing drugs is a maximum of 10 years’ imprisonment, or a fine of $20,000 or both.

The law adopts several presumptions to facilitate drug enforcement in relation to the investigation, search, and arrest of offenders under the MDA.

For example, if the police finds a packet of special K at your house that your friend left behind after a party, under section 18 of the MDA you are presumed to possess that drug, and to have known that it was a prohibited drug, unless you can prove otherwise.

It does not matter that you have never come into physical contact with the drug.

The penalty for consuming either controlled or specified drugs is a maximum of 10 years’ imprisonment, or a fine of $20,000 or both. This is the same as the maximum penalty for possession.

While the list of specified drugs is a subset of the list of controlled drugs, the distinction is important in terms of punishment for repeat offending.

The general penalty for repeat drug consumption of a controlled drug is imprisonment of at least 3 years.

However, in cases of specified drugs, you will be punished under section 33A if you have been previously:

and are convicted once again for consuming a specified drug or failing to provide a urine specimen, you will be punished with imprisonment for at least 5 to 7 years and receive 3 to 6 strokes of the cane.

If the police have reason to believe that you have consumed drugs, they have the right to subject you to a urine test and/or a hair test under sections 31 and 31A of the MDA.

Failure to provide a specimen of urine for a urine test, will result in a maximum of 10 years’ imprisonment, or a fine of $20,000 or both.

Whereas, failure to provide specimens of your hair for a hair test is punishable with a maximum of 2 years’ imprisonment, or a fine of $5,000 or both.

Additionally, under section 22 of the MDA, if a controlled drug is found in a person’s urine, he is presumed to have consumed the drug illegally under section 8(b) of the MDA. This is unless he can prove that the drug consumption was involuntary, which can be a difficult burden to discharge.

Therefore, reasons such as “I did not know that the pill my friend gave me was ecstasy!” are unlikely to hold water.

Even if you pass the urine test, possessing apparatus used for consuming controlled drugs, like pipes, syringes and other utensils can also land you in jail for a maximum of 3 years or a fine of $10,000 or both.

More adventurous Singaporeans might think that the laws under the MDA only apply within Singapore, and that they can get away scot-free by consuming drugs overseas. This cannot be further from the truth.

Under section 8A of the MDA, a Singapore citizen or permanent resident who consumes drugs abroad will be dealt with as if that offence had been committed within Singapore and punished accordingly.

Random checks are conducted at Singapore’s entry points (such as Changi Airport and Woodlands Checkpoint) to test if travellers have consumed drugs before entering Singapore.

The most serious of the trio is the offence of drug trafficking under section 5 of the MDA.

If you are involved in selling, transporting, delivering, distributing or even offering to do any of these acts, you would be committing an offence.

On the other hand, you can also be convicted if you order someone else to transport any controlled drug. This also applies to trafficking drugs on someone else’s behalf, regardless of whether that person is in Singapore.

A point to note is that under the MDA, trafficking drugs and importing/exporting drugs are different, but both are offences under the Act.

Presumption of drug possession for the purpose of trafficking

If the quantity of drugs in your possession exceeds a certain amount, as stipulated under section 17 of the MDA, you are presumed to possess the drugs for the purpose of trafficking.

Depending on the class and the quantity of the drugs trafficked, the penalty ranges from imprisonment and strokes of cane to the mandatory death penalty.

For example, if you are convicted of trafficking controlled drugs containing more than 250 grammes of “ice”, you will face a mandatory death penalty.

However, with effect from 1 January 2013, convicted drug traffickers may be able to avoid the mandatory death penalty if they can prove that they were only couriers in charge of transporting, sending or delivering the drug.

Additionally, it has to be shown that:

Currently, the extent of assistance the drug trafficker must have given in order for his efforts to be regarded as “substantive” is unclear, and is entirely at the Public Prosecutor’s discretion.

You can read more about the death penalty in Singapore in our other article.

A drug addict is someone who has developed a desire or need to continue consuming drugs, or is dependent on the effects of drugs.

If the Director of CNB suspects that you are a drug addict, you may be required to be medically examined and observed, or be subject to urine and/or hair testing.

Through the results of the examination, you may be ordered to be admitted into a rehabilitation centre to undergo treatment and rehabilitation for 6 months (extendable up to 3 years) at the Drug Rehabilitation Centres (DRCs). This only applies if you are arrested solely for drug consumption.

Such an order would be in imposed in lieu of a jail sentence for first and second-time drug abusers. After that, if you are arrested for drug consumption again, you will be tried in court and upon conviction, will face a long-term prison sentence.

Youth drug addicts aged 16 to below 21, will be placed in a 6-month residence at the Community Rehabilitation Centre (CRC) upon being detained in the DRC. 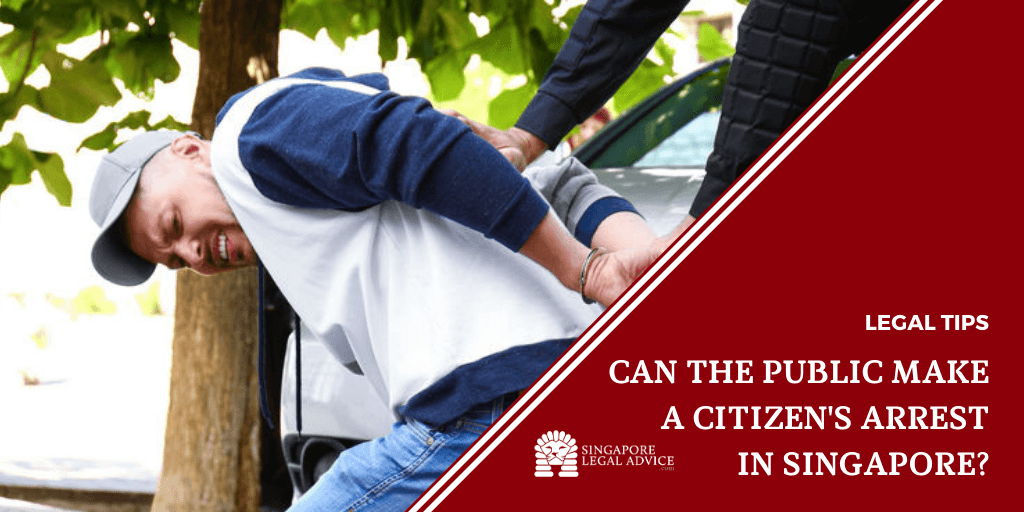 Police Custody in Singapore: What You Should Know

Religious Cults in Singapore: Are they Illegal? Penalties & More

Mohamed Baiross
The service started with a message to me and asking of basic questions. Appointment was fixed the next day at…
Read more

Gino Hardial Singh
Gino and his team were brilliant in dispensing their duties towards my family and myself. My case has wrapped up…
Read more