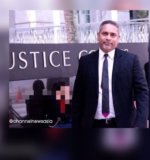 Alfred graduated with a LL.B (Hons), University of Warwick, UK. He also graduated with a Postgraduate Diploma in Singapore Law, National University of Singapore. He also pursued a Postgraduate Diploma in Christian Studies at Regent Theological College, Vancouver, B.C. Canada. Aside from his legal practice, he has also experience in social work and counselling in Vancouver, British Columbia, Canada.

Alfred is the Managing Director of Dodwell & Co LLC. He is a senior member of the bar in Singapore, having practised as a litigation lawyer since 1996. He trained at Allen & Gledhill under 2 esteemed Senior Counsels and practised also at Tan Rajah & Cheah and Drew & Napier before carving out a niche litigation practice at Dodwell & Co LLC.

Alfred brings his years of litigation experience to the firm which he strives to be a firm that is reputed for its personalized service and personal attendance to its cases. He personally oversees matters to ensure that every client is provided with careful strategic planning, and client care is always at the heart of the stellar legal services.

Civil litigation requires an astute knowledge of the laws and the practical environment in which one operates. Alfred have been involved in numerous trials and garnered valuable experience that could make or break the trial.

Alfred has acted for different types of clients over the years, from  Corporations to individuals.

Alfred prides himself that he and his team will leave no stones unturn in their meticulous planning, strategy to tackle the case and on-point legal research. He prides himself that that we ensure that we seek to discuss the case and strategy from the outset, to seek to gather all relevant evidence to support a submission that no offence had been committed; or alternatively that a lesser offence is made out by all the available facts.

Alfred always seek to present his clients' cases with a good strategy to run a plausible defence, and to use his good oratory skillls of persuasiveness, courage and balance.

Alfred holds the opinion that his duty is to ensure a qualitative and robust defence and/or representations and/or mitigation.

Alfred has gained a good reputation to be a lawyer who cares and seeks to help clients navigate this very difficult chapter of their life when marriages and relationships break down and you need a lawyer who is also your counsellor, your friend, your confidante and who can act for you, in your best interest and in ensuring that your children are also protected in the proceedings. He has acted for many clients over the years in family and matrimonial disputes.

Alfred strives to obtain meticulous and client orientated results that does not translate into a worthless paper judgment. Even though your marriage is shipwrecked, the salvage has begun and Alfred wants to assist you in re-establishing your life and move forward in the right direction. Alfred maintains that he is not just your lawyer, but your counsel through this process so that you know that your interest is protected.

Whatever the stakes, Alfred is able to provide you with a result-oriented representation.

11. Stand up to the public transport pervert – Her World, January 2014 Issue

4. CJ says industry needs to make sure legal services are affordable to most – AsiaOne, 4 February 2013

2. Speaker at Financial Issues in Matrimonial Disputes Jointly Organised by Singapore Academy of Law and NUS Faculty of Law – Supreme Court Auditorium, 24 May 2011

Please feel free to contact me in relation to the legal fees.