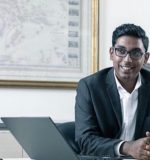 Anand specialises in civil, commercial, criminal and family litigation. Anand’s strength lies in the wide variety of cases that he has handled. This allows him to provide a comprehensive and holistic advice, and offer practical solutions for legal problems. The kind of cases Anand has handled include the following:

a. Defended a local partnership against a foreign ship bunkering corporation involved in a commercial transaction involving the sale and purchase of fuel and bunker.

b. Represented an executor of an Estate against a challenge to the will by a beneficiary in testacy.

c. Represented an accused at trial for a capital case involving drug trafficking, one which eventually concluded with an acquittal on appeal.

f. Advised a liquidator in respect of investigations against an insolvent company’s former directors for regulatory breaches and cheating offences.

h. Represented victims/alleged perpetrators of harassment under the Protection from Harassment Act.

i. Mitigated the sentence for an offender charged for money-laundering offences under Corruption, Drug Trafficking and Other Serious Crimes (Confiscation of Benefits) Act.

m. Represented applicants in cases involving the invocation of the Court’s wardship jurisdiction.

n. Defended a subsidiary proprietor and occupier against an action commenced by an MCST.

p. Represented applicants and respondents in PPO and maintenance applications.

q. Represented a shareholder in an action for minority oppression in a companies’ dispute.

Commercial disputes cover a wide range of matters. This includes breach of tenancy agreements, minority oppression claims in shareholder disputes, employment claims, insurance disputes. Commercial disputes may also involve breaches of duties - e.g. a director's breach of fiduciary duties, negligence claims. We provide sensible commercial advice to our clients bearing in mind the time, costs and resources that need to be expended either to find justice or to defend a lawsuit. We also provide multi-faceted advice to our clients - e.g. advising on mediation or arbitration as a possible dispute resolution mechanism. In commercial matters, the chances of recovery of losses is an important consideration in any claimant's mind and our services include conducting relevant searches and providing practical advice on the prospects of recovery. Many commercial disputes today involve parties in various jurisdictions. We act for both local and foreign entities and advice on the impact of commencing or defending an action in Singapore.

We represent both private individuals and corporations in criminal matters. We also cover a wide range of matters - i.e. from simple hurt charge or traffic offence to complex medical negligence cases and multi-layered financial crimes. The service is a holistic one - from the First Mention in Court all the way to trial. This includes making representations to the Attorney-General's Chambers, negotiations with the Prosecution to withdraw/reduce the Charge, attending Without Prejudice meetings with the Prosecution, fighting for the lightest possible sentence, considering various sentencing options such as probation, mandatory treatment orders in lieu of imprisonment.

We cover a wide range of cases under family law. This includes divorce cases - both simplified uncontested divorce matters (which is the least acrimonious with substantial time and costs savings) to fiercely contested divorce proceedings involving high nett worth division of matrimonial assets and custody issues concerning children. We also specialisie in contested probate applications. We have acted for both executors whose position is challenged by a beneficiary in intestacy and beneficiaries who seek to invalidate a will. Another area of family law practice is family violence. We frequently assist clients in commencing urgent applications for Personal Protection Orders and Domestic Exclusion Orders in the Family Justice Courts.