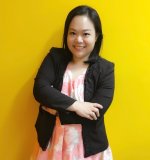 To date, she has handled more than 20,000 divorce cases and is recognised as one of the best divorce family lawyers in Singapore.

Over the years, her exceptional skill and ability to win a case have been commended not only by her clients but have also been acknowledged by prestigious awarding bodies and publications for her expertise in family law.

·        Adding to their list of accomplishments as a team under her leadership, Yeo & Associates LLC has also been recognised as a leading family law firm by Asian Legal Business at the Asian Legal Business Southeast Asia Law Awards, having received nominations for four consecutive years for “Matrimonial & Family Law Firm of the Year” in 2015, 2016, 2017 and 2018.

·        It was also during this year when she was nominated to receive the “Women Lawyer of the Year” Award at the ALB SE Law Awards 2018.

·        In a field where it takes intense courage and knowledge to survive, she made a name for herself and was featured in ALB June 2017 Asia Edition’s “Women in Law”. Her hard work, immense determination and passion for her chosen profession has earned her many accomplishments, vast experiences, and great recognitions in her specialty which is family law.

·        Not only does she possess the qualities of a tremendously skilled lawyer, she also has the recognition to back it up as she was amongst the list of acclaimed and highly recommended Family Lawyer in ALB’s Who’s Who in 2016.

·        In the highly recognised legal publication she was named the best and most recommended Divorce Lawyer in The Legal 500 Asia Pacific 2017 Edition.

·        Being among the Most Successful Homegrown Brands in Singapore recognised at the Singapore Brand Awards.

·        She was also named as one of the “Best and Most Recommended Divorce Lawyer” by the Global Law Experts.

·        Her law firm also has a number of notable awards under its belt. Just in 2016, they were named the “Best Full-Service Family Law Firm” at the Acquisition International 2016 M&A Awards.

·        The firm was conferred the “Best Law Firm” at the APAC Insider Legal Awards, and named Full-Service Family & Divorce Law Firm of the Year at the ACQ5 Global Awards.

Thank you for giving great legal service to me and my family. I would recommend Beatrice and her team of family lawyers.

The whole process was very efficiently dealt with and there was a sense of security and reliability.

Yeolaw’s team of lawyers are professional and pleasant to work with. The whole matter is a great success! Thank you Miss Yeo.

Yeolaw’s Ms Yeo and her team of lawyers are professional and pleasant to work with. The whole matter was a great success. Thank you!

Beatrice and team provided more than I expected for the fixed fee. My Lawyers discuss settlement with my husband and I manage to get a simplified uncontested divorce without paying more. Highly recommended for anyone who wants fixed fee divorce WITH negotiation services for settlement.

Beatrice Yeo possesses extensive breadth and depth of legal and practical knowledge in Family law. She offers advice and acts for clients in contested and uncontested divorces, mediation, preparation of Deed of Separation, Pre and Post-Nuptial agreements and advising on other matrimonial issues such as domestic violence and home exclusion, child’s custody and support, matrimonial assets division, wife’s maintenance and elder laws. Beatrice Yeo also advises clients on other areas such as family disputes arising from family businesses, setting up of trust and foundations for families, wills and assets protection, estate planning and probate and trust administration.

As well as being an experienced litigator, Beatrice Yeo is equally experienced in mediation and all other methods of dispute resolution, having attended more than 3500 court mediations.

Beatrice Yeo has successfully represented under-privileged and high net worth clients in litigating their cases in the lower courts and also in the highest courts in Singapore. She has been the lead counsel in numerous reported cases, including landmark cases.

Beatrice Yeo always goes above and beyond, making sure her clients receive the best service while they are in the midst of family issues like divorce and separation. She introduced the notion for fixed fee legal costs for her clients to provide peace of mind with regards to the legal fees payable. She sees this as a form of encouragement to fight for justice and fairness at a fixed price rather than choosing to give up the fight due to high legal fees.

Innovative Lawyering to add on-Leveraging our rich experience and the latest advancements in legal technology, we offer proactive and affordable assistance to our clients in the form of (“Do-it Yourself”) DIY Uncontested Simplified Divorce Platform at www.divorcebureau.com.sg which allows users to file friendly divorce applications at the comfort of their homes.

Probate and Letters of Administration

If the deceased left behind a valid Will, the Will would specify a person to be appointed as the executor. The executor would need to apply or a Grant of Probate to carry out the instructions of the person who made the Will.

If the deceased died without a Will, someone (usually the next-of-kin) would have to apply to the Court for a Grant of Letters of Administration. This is so that they can be appointed by the Court as an administrator to administer the distribution of the deceased’s estate.

Call us Yeo & Associates LLC’s family lawyers at 62203400 for a free initial consultation.

A LPA is a legal instrument which allows a person (the “donor”) to delegate authority to another person called the “donee” to manage his/her personal welfare and/or property and affairs in the event that the donor loses his/her mental capacity. Yeo & Associates LLC is named by the Office of Public Guardian office in its website msf.gov.sg as one of the Ten (10) Most Visited Certificate Issuers.

Yeo & Associates LLC charges a flat fee of S$50 to sign as Certificate Issuer for Form 1.

A Will becomes effective only when the person making the Will (the “testator/testatrix”) has passed away. The testator/testatrix may appoint one or more persons (the “executor(s)”) to distribute the estate in accordance to his/her wishes and intentions.

Yeo & Associates LLC charges a flat fee of S$250 for Basic Will.

Yeo & Associates LLC pioneered the fixed fee structure for each stage of legal work, assuring certainty and transparency in all the legal costs that you may incur. During actual consultation, the lawyer will explain any costs involved in taking your case further and explain how these costs can be minimized.

$2,200 all in (with children, private property, CPF and maintenance)

To see our exact flat fees for other matters, visit http://www.yeolaw.com.sg/our-services/fixed-fees-structure/

At Yeo & Associates LLC, our Simplified & Uncontested Divorce Package includes not just drafting of court documents and filing of documents to the courts. The full list of services is as follows: –

(1)   Professional legal advice on client’s legal entitlement under the current family law, legislation and on the Family Justice Courts’ procedures;

(2)   Information gathering and analysis of documents for the purpose of recommending best solution and terms to client’s unique situation;

(3)   Negotiation, discussion, or friendly talk to other spouse to work on the terms to ensure higher possibility of settlement;

(5)   Filing the signed divorce court documents in the Family Justice Courts of Singapore;

Simplified and Uncontested divorces may turn contested when parties decide to dispute at least one issue of divorce or ancillary matters. You are advised to seek advice on the fixed costs structure for your contested divorce proceedings with one of our Yeolaw Divorce Lawyers for a peace of mind.

At Yeo & Associates LLC, we offer fixed fee/capped fee even for contested matters depending on the progress of your case.