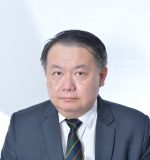 Daniel started his career as a police officer within the Singapore Police Force at the four Police Divisional Headquarters.

Daniel completed his Bachelor of Laws in 1995 and completed his English Bar examination thereafter. He was called to the Middle Temple, as a Barrister-at-law in 1997. Daniel was admitted to the Singapore Bar in 1999 after completing his pupillage with his pupil master, the late Mr. H E Cashin.

Daniel has since worked at several reputable law firms and represents numerous clients across a wide spectrum of civil, criminal, and family cases.

Daniel is a member of the Criminal Legal Aid Scheme, Law Society of Singapore. He takes on a variety of cases ranging from criminal, medico-legal, and civil matters.

Our family practice provides a comprehensive entire suite of affordable and quality matrimonial services dealing with both contentious and non-contentious divorce.

We appreciate that a divorce can be an emotional, time-consuming and challenging process and that for most of our clients, this is their first encounter with legal system. Hence, our experienced lawyers are ready to guide our clients at each step of the journey to ensure that clients understand their rights and obligations and are not overwhelmed by the various legal jargon, technicalities and court procedures.

Where permissible, our lawyers first seek to attempt mediation as a way to ensure an amicable settlement on the grounds of divorce and the various ancillary matters.

Our comprehensive range of legal services is as follows:

Having been in practice for more than 20 years, Daniel has helped countless families successfully obtain an Adoption Order. He is well-versed in the application process for adoption, including the adoption of children from mainland China. We are also able to assist in helping families apply for the mandatory pre-adoption briefing and application for Dependant Pass (Adoption).

Our lawyers have been practicing for more than 20 years, specialising in the field of Criminal Law. The firm’s criminal law practice covers a wide spectrum of matter and our lawyers have previously represented clients facing a range of charges from robbery and murder to drug trafficking and white collar crimes.

Our expertise and experience include representing clients on: