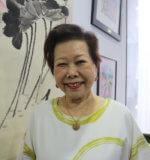 Elected Member, United Nations Committee on the Elimination of Discrimination against Women (CEDAW)

Dr. Tan is a women’s rights activist, an advocate for gender issues, a renowned family lawyer and a skilled negotiator. She has more than 30 years of extensive experience in advancing the rights and status of women in Singapore and internationally.

Dr. Tan first started working as an Estates Officer with the Singapore Improvement Trust (SIT) – which in 1960 evolved into the Housing and Development Board (HDB). In the 1970s, she entered private practice to become a Partner in Laycock & Ong, one of Singapore’s oldest legal firms. She later went to the UK to get her Solicitors’ qualification to gain experience in international financial instruments and then set up her own practice which she still operates to this day.

Dr. Tan was one of the key persons who made representations to the Select Committee, on behalf of the SCWO and the Council of the Law Society, on the amendments to the Women’s Charter in 1996 – Singapore’s primary family law statute and its own unique legislation to protect the rights of women, especially in marriage and family matters. In 1999, Dr Tan also set up “Star Shelter” under SCWO to provide a safe temporary refuge for women and their children who are victims of family violence.

Dr. Tan has been an advocate and solicitor of Singapore since 1963 and specialises in family law, and had been in several law firms prior to establishing her own law firm. She is also a solicitor in the United Kingdom.

M/s Ann Tan & Associates is able to assist you in all aspects of family law: divorce, custody matters, maintenance, protection orders, trusts, probate and wills. The firm has been awarded the Best Family Law Practice in 2001 and 2003; and in June 2016, the Women’s Rights Law Firm of the Year in Singapore.

Some of Dr. Tan’s notable cases can be seen below: