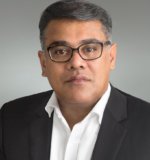 Mr. G.Dinagaran,  is a Senior Lawyer with decades of experience  in all areas of the law and is a wealth of knowledge. He has appeared in numerous headlines in local news.

I am from China, working in Singapore. I was charged by police for voluntarily causing hurt by using a fork to stab the victim twice.

The Public prosecutor submitted that I should be sent to prison. I immediately engaged Mr G.Dinagaran. He took active steps and dealt with my case vigorously. He made arrangements for me to view the C.C.T.V footage at the Police Station. The C.C.T.V footage did not reveal that I had used the fork to injure the victim. I also faced another charge of causing voluntary hurt by punching the victim on this chin.

The prosecution offered to proceed his charge 1 i.e. the using the fork to stab and took into considerations the lesser charge, charge no2, i.e. Punching the victim on the chin. We did not take up the offer. Mr G.Dinagaran advised me to reject the offer. We then claimed trial for both the charges. The matter was fixed on 12.6.2019 in court 18. After a series of representation, and even having my girlfriend called for an interview with the police, nothing changed. We were preparing to fight both the charges. Finally at the 11th hour prosecution proposed to proceed with the lesser charge in punching and took into account the charge using a fork to stab. After Mr Dinagaran pled with the prosecution, they reversed their stand and took the more serious into consideration which they were not agreeable to do so earlier.

The Prosecution reversed their stand and took the more serious chose which allegation were not agreeable to do so earlier into consideration because Mr Dinagaran appealed to the Prosecution & Police. After mitigation I was given a fine. I was very pleased. I thank Mr G.Dinagaran for his great work. I really was very happy to engage his services. I was very happy with the outcome. Thank you Mr Dina.

I met Mr G.Dinagaran sometime in June 2019. I was introduced by my friend who was also represented by Mr G. Dinagaran. Previously, I had engaged another law firm to fight my Personal Protection Order (P.P.O) which my ex-wife had applied for. Many days of hearing went on and I lost the case after a long battle. Only after that, did I meet Mr Dinagaran. He immediately applied to revoke the order under P.P.O. Variation SS1463/2019. He felt that the order was unjust. In fact, there was also an exclusion order which I found to be unfair. Eventually, my ex-wife was agreeable to have the order withdrawn. Mr Dinagaran had also prepared my divorce papers to fight for my Divorce suit no 1967/2019. I find Mr G.Dinagaran to be very helpful. He is very efficient in his work. He is meticulous in reading all my papers pertaining to the case. Even though my matters have not come to an end, I am very sure it will be a happy ending for me. I am very confident Mr G.Dinagaran will help resolve my issues.

Mr G. Dingaran's extensive exprience in civil proceedings are brought about from decades of practise and sucessful outcomes.

He has handled cases that pertain to the following;

Emotional distresses,constant worries and  sleepless nights are are norm when one is facing a criminal charge.

Mr. G. Dinagran's experience in these matters and his knowledge on your rights will help alleviate the stress.

Mr. G. Dinagaran has sucessfully defended people being charged under the following;

Family matters are always stressful especially those that needs to be escalated to the court.

Mr Dinagaran has great experience in Muslim Law. During his practice over 21 years he has handled many Syariah Divorce Cases.

A Muslim or Islamic divorce has different considerations and procedures as compared to a divorce from civil marriage.

A divorce has different considerations and procedures as compared to a divorce from civil marriage.

Under section 35 of the Administration of Muslim Law Act (AMLA), the Syariah Court in Singapore has the jurisdiction to hear and determine certain cases that concern marriage, divorce, and other related matters.

Khuluk – (divorce by redemption or compensation)