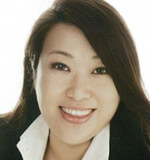 Kim (Tan Siew Kim) has more than 20 years’ experience as a family lawyer.

During her long career in family law, Kim has represented clients of different backgrounds in divorces, and has experience helping them through difficult periods. She specialises in all aspects of contentious family matters and has a wide range of litigation experience, having conducted proceedings regularly in the State Courts (including the Family and Juvenile Courts), the High Court of Singapore and the Court of Appeal.

In addition to her practice, while at RHTLaw Taylor Wessing, Kim conducted private client seminars on family disputes for high net worth families. She has also advised local companies, major banks, MNCs and various statutory boards and liaised with counsel from other jurisdictions for both corporate and family matters.

Kim is regularly featured in local magazines and the press, notably for her views and comments on family matters.

Kim was head of the family law practice at Lee and Lee, and a senior family lawyer at RHTLaw Taylor Wessing. She is currently a consultant with Sterling Law Corporation.

My previous law firm was recommended by a friend, they were merely doing their paperwork and getting things done and I sensed things wasn’t going right so during the most crucial moment I went in search for a new lawyer. I am so very grateful that I found Kim. During our first phone call, We connected immediately and I knew She was the one.

We are alike in many ways and strangely I started to enjoy my every session with her. Kim is very experience and highly intelligent. She spent time to discuss my case and gave me good advice, and prepared me well during each stage of the divorce process. She managed to turn my case around and I saw light at the end of the tunnel. I am deeply grateful for everything she has done for me and my child. She is always there for me and I know I am in safe hands because she will always think for me and there to help me despite her busy schedule.

I highly recommend Kim because like what I always say she is the best lawyer and the only lawyer to fight for me. She has exceeded and gone beyond my expectations and won my case for me. There is no regrets but only a thankful and grateful heart. Kim you will always be someone close to my heart. We are both busy and do know that you are someone I always am thankful for.

I engaged Kim as my defending lawyer for my divorce and I must say that I am still awed by her efficiency and her determination on protecting her client’s interest. She went all the way to protect me and pursued for the best outcome for me.. I am truly grateful that I’ve gotten her as my lawyer and I’d definitely recommend her!

I got to know Kim through my friend. My first impression of her was that she is professional, sincere and empathetic. I felt comfortable sharing details with her.

She guided me through the whole divorce process with her invaluable legal advice. She always ensured that I am well prepared at each stage of the divorce process. Going through a divorce is challenging, but the emotional support Kim provided made it much more manageable. I always felt assured after every single meeting with her. She was more like a friend and confidante, rather than just a lawyer.

I highly recommend Kim to anyone in need of advice in the area of family law.

Kim, thank you so much for making yourself available for me whenever I needed help or assurance. Thank you for checking in on me constantly to ensure that I’m fine. And most importantly, thank you for helping me secure what I want. I am truly grateful for all you have done.

A friend recommended Kim to me when I was looking for legal advice on divorce.

Kim strikes me as a very experienced and caring lawyer who is sincere and empathizes with my situation. She provided me with emotional support and assurance during an extremely difficult time in addition to invaluable legal advice.

She guided me through the divorce process, and is always prepared before our meetings, making it easy and efficient for each of our discussion.

Kim tries her best to make the process as simple as possible and makes herself available most times of her day whenever I needed her advice.

I highly recommend Kim to anyone who needs a lawyer to settle your case fast, gives you peace of mind and fights for what you deserve.

Kim Tan has had more than 20 years of divorce experience in assisting clients, primarily professionals, expatriates, and high networth individuals, through this difficult period in their lives. Contentious divorce cases are her speciality, and her practice stands out for the highly-personal service extended to each and every client. Kim is well-versed in issues such as cross-border disputes over child custody and matrimonial assets. She personally guides her clients through each stage of the divorce process, making use of her vast experience handling contentious divorces.

Kim represented the Respondent (the husband) in both the District Court and Family Division of the High Court. The Appellant argued that she signed the Draft Consent Order under duress and claimed that the Respondent and her did not live separate and apart for three years, and finally, that the Respondent had agreed to withdraw the divorce proceedings and gave her the impression that they had been withdrawn. The Court stated that an Interim Judgment may be set aside before the Final Judgment is made, but once the Final Judgment is made, the marriage is at a permanent end. It cannot be reinstated although it may be renewed. Based on all the compelling evidence produced by the Respondent, the High Court declined to grant the Appellant the orders sought and dismissed the appeal with costs granted in favour of the Respondent.​

BHN v BHO [2013] SGHC 91
Kim Tan represented the husband in the division of matrimonial property where both spouses were gainfully employed and were married for over 20 years with two children; The husband received 60% of the matrimonial assets.

JQ v JR [2005] SGDC 93
Kim Tan assisted her client, who was the father, in obtaining interim access to the child. The mother had made unilateral arrangements for the child without giving reasonable notice to the father, impeding the father’s access period. The Court held that the father was successful on his application for overnight access and the mother was ordered to attend a parenting workshop that she had to bear the costs for. Subsequently, Kim successfully obtained care and control for the father.

Lee Kok Yong v Lee Guek Hua (alias Li Yuehua) [2007] SGHC 26
Kim Tan's client was the wife, whose husband had appealed to vary an order of the court, regarding the division of matrimonial assets and the payment of lump sum maintenance of $20,000. The High Court held that as the order of court for the division of the matrimonial property in the present case is not a continuing order, the question of a variation does not arise. As for the lump sum payment, the appellant was in no position to assert that the lump sum payment should be varied as he blatantly refused to make the payment. The High Court dismissed the husband’s appeals with costs.

TQ v TR [2007] 3 SLR(R) 719; [2007] SGHC 106
This was the first case in Singapore recognising the validity of a prenuptial agreement made abroad. Kim Tan's client was a Dutch husband, who had made a pre-nuptial agreement with his Swedish wife in the Netherlands. They moved to Singapore where he found employment.The Court held that Singapore Courts should accord “significant weight” to the terms of a prenuptial agreement between foreign nationals that is governed by and valid according to the foreign law, unless its terms violate the public policy of Singapore.

Goh Ah Teck v Yeo Bee Luan [2001] SGHC 92
Kim Tan's client was the wife, who had been awarded maintenance of $300 for herself and $1,000 to each of the two children. The husband appealed against the order on the grounds that the District Judge had over- estimated his income, the findings of the monthly expenses of the respondent was wrong and lastly, the respondent was given a higher standard of living than she had before the breakdown of marriage. The appeal was dismissed.

Lim Kok Sian Brandon v Ong Ai Geok [2004] SGDC 248
Kim Tan represented the wife in a case that dealt with the principles governing the determination of the quantum of maintenance for a former wife. The wife was initially awarded a much lower sum of maintenance - monthly maintenance of $1,895 for four months and $895 for the next 31 months. She appealed against the decision of the District Court and the appeal was allowed. The Petitioner was ordered to pay the respondent maintenance at $3,500 per month for three years and thereafter at $2,500 per month. This was upheld by the Court of Appeal.

Relevant Reported Case:
TQ v TR [2007] 3 SLR(R) 719; [2007] SGHC 106
This was the first case in Singapore recognising the validity of a prenuptial agreement made abroad. Kim Tan's client was a Dutch husband, who had made a pre-nuptial agreement with his Swedish wife in the Netherlands. They moved to Singapore where he found employment. The Court held that Singapore Courts should accord “significant weight” to the terms of a prenuptial agreement between foreign nationals that is governed by and valid according to the foreign law, unless its terms violate the public policy of Singapore.

Fee estimate after evaluation of enquiry.