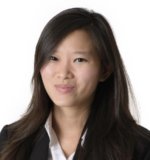 She has taken out and resisted numerous court applications including divorce, personal protection orders, applications for spousal and child maintenance, custody applications, relocation applications; and is well versed in Family Justice Courts and Syariah Court proceedings.

Landmark Court of Appeal case of ADP v ADQ (2012) SGCA 6 which found that the Singapore courts has the jurisdiction under the Women’s Charter to order the division of matrimonial assets and maintenance even if the marriage between parties was found to be void.

UTY v UTZ [2019] SGFC 32 – successfully obtained an order for her Client for the enforcement of maintenance (for the wife and the children) under a divorce order which had been place since 2004. The opposing party had gone incommunicado and had repeatedly evaded the payment of maintenance over the course of 15 years. During the 15 years, several orders were also obtained for the transfer of the opposing party’s CPF monies to her Client’s CPF account to set off the monies due to her Client under the original divorce order.

UYQ v UYP (2020) SGCA 3 – succeeded on appeal and overturned a High Court Judge’s decision to make an adjustment of 7.5% (7.5% decrease for her Client and conversely, a 7.5% increase ofr the opposing party) to the average ratios awarded to parties for the division of the matrimonial assets. Following the appeal, the adjustment was reversed and the division was reverted back to the original ratios that the High Court Judge had originally found for.

I like to say a Big Thank You to Rebecca and am very grateful for all the hard work and effort she puts in for me in my divorce case. She walked me through the full process, guide me by the steps, advices me on all the legal rights and helping me to fight and win my rights in the case. Not only is she professional in her field but comes across to me as a very friendly soul whom shows care and concerns for my being during these period of downtime. She definitely is one A class lawyer to engage to seek legal assistance with. Thank you very much Rebecca and God bless you!

With my divorce firmly behind me, it would be remiss of me not to say how grateful I am of Ms Rebecca Vathanasin of Ann Tan Associates who counseled and guided me through the difficult process.
Divorces are always traumatic but Rebecca counseled me with friendship, empathy and professionalism, always searching for the best outcome to lessen the pain, especially for my young children. Without doubt an excellent lawyer in this field, her opinions instilled confidence and I count it a blessing to have had her in my corner. Thank you so much, Rebecca from me and my children who are so relieved they are not separated.
Forever grateful!

Rebecca was helpful in her advice to my wife and I to reconcile our relationship. She encouraged my wife to give the marriage a chance instead of seeing through a divorce. My wife listened and relented. Rebecca is not only professional in her conduct but is also personal and relatable.

Rebecca, has been so amazing to work with. Despite the fact that she made herself available at any time of the day, working with me from overseas is just so incredible. She is very professional and always seem to be on top of everything and she truly does her job from heart by helping others. I can’t thank her and her team enough for what they have done for me. Finally now I can move on again with my life so thank you and you guys are wonderful!