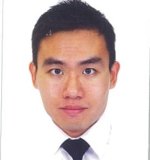 I am a disputes lawyer with strong experience in commercial, criminal and public interest litigation.

I graduated with first class honours from the National University of Singapore (NUS) in 2014.

Since graduation, I have been with a boutique litigation practice, Eugene Thuraisingam LLP (ET LLP). As a trainee and subsequently junior lawyer in a boutique practice, I have from the start played an active leadership role in the carriage of complex disputes. I have also amassed considerable experience arguing cases in the High Court and the State Courts.

When interacting with clients, I follow two basic principles. First, I am honest about whether a client’s (or potential client’s) case is strong or not. Secondly, I am candid about whether it is truly cost-sensible to engage a lawyer for a case, bearing in mind all the details of the case.

I have long experience since my days as an NUS undergraduate contributing my legal expertise to the community. For instance, I was actively involved in research and drafting of legal arguments for the 2010-2014 challenge to the constitutionality of Section 377A of the Penal Code, which criminalises intimate conduct between men. More recently, I was one of the volunteer researchers for the book “Same But Different: A Singapore LGBT Legal Guide For Couples And Families“. As with all other lawyers in ET LLP, I provide pro bono legal representation in criminal and public interest cases.

My matters of significance include the following:

– UFM v UFN [2017] SGHCF 22: Represented an Indonesian divorcee in a successful application for permission to commence proceedings for division of Singapore matrimonial property, consequential upon a divorce decreed in Indonesia.

– Rohini d/o Balasubramaniam v Yeow Khim Whye Kelvin and another [2017] SGHC 149: Represented a property agency in successfully defending a SGD 830,000 claim. The plaintiff had argued that the property agency should be legally responsible for the fraudulent acts of a rogue agent.

– Ramesh s/o Krishnan v AXA Life Insurance Singapore Pte Ltd [2016] SGCA 47 : Represented a former financial services director (“FSD”) in a successful appeal to the Court of Appeal. The Court of Appeal agreed with us that the defendant, a financial institution (“FI”), had been negligent in the preparation of a reference check for the FSD, and this caused a prospective employer to decide not to proceed with hiring the FSD. GCGC

– Ilechukwu Uchechukwu Chukwudi v Public Prosecutor [2017] SGCA 44: Represented an accused who had been convicted by the Court of Appeal in 2015 of drug trafficking, in successfully applying to the Court of Appeal to re-open its 2015 decision to convict the accused.

– Liew Zheng Yang v Public Prosecutor [2017] SGHC 157: Represented the appellant in a successful appeal against his conviction by the District Court of an alleged conspiracy to traffic drugs to himself.

– Attorney-General v Ting Choon Meng and another appeal [2017] 1 SLR 373: Represented the website, The Online Citizen, in successfully defending proceedings brought by the Government in the District Court, the High Court and the Court of Appeal.

– Prabagaran a/l Srivijayan v Public Prosecutor and other matters [2017] 1 SLR 173: Represented four persons who had been sentenced to the death penalty, in challenging the constitutionality of Section 33B(2)(b) of the Misuse of Drugs Act.

His attitude, humbleness & shear commitment to his work have made him to stand out from others.

Hoe is an important & vital leader of Eugene’s Legal team who handled my defamation suit to success. His presence in the team had made a big difference as he was very sharp & quick in picking the areas of most concerned and provided the direction and sound advise.

He has proven himself that first class Honours graduate from University of Singapore is certainly a cream of the crop.

He is already a successful Lawyer with many achievements under his name and I have no doubts that he will go to a greater heights of his carrier very soon.

He needs no introduction as his talents and achievements will speak for him.

- Advice and legal representation in, among other things, the following categories of employment disputes:

-Advice and legal representation in complex employment disputes, including against institutions.

-Urgent advice and legal representation in, among other things, the following categories of business disputes:

- Urgent advice after arrest and in the course of investigations

-Advice and legal representation in:

Initial consultations are free of charge. Should I advise that you have a good arguable case, and you would like me to act for you, we will discuss an appropriate fee arrangement.