If you care for the environment, you may have wondered how legal action can be taken against an entity in respect of damage caused to the environment.

This article will cover the potential legal recourse in Singapore in respect of the following types of environmental damage, and will cover both civil and criminal action that can be taken against the perpetrator:

The Transboundary Haze Pollution Act (THPA) imposes sanctions on parties that contribute to transboundary haze affecting Singapore. Under section 5 of the THPA, an entity (e.g. companies or partnerships) may be sued or prosecuted if they have caused or contributed to haze in Singapore – even if such entities aren’t based in Singapore.

Offenders who carry out an activity that causes, or contributes to, haze in Singapore can face a fine of up to $100,000 for every day or part thereof that there is haze pollution in Singapore. However, the maximum aggregate fine that an offender may face under the THPA is capped at $2 million.

A preventive measures notice is a written request issued by the Director‑General of Environmental Protection to entities to do or to refrain from doing something, for the purpose of preventing, reducing or controlling haze pollution in Singapore.

Entities may also face civil liability for causing haze pollution in Singapore if they contribute to or condone conduct that contributes to haze pollution, or manage another entity that does the same. In such cases, the entity can be sued by a person in Singapore who suffers the following consequences as a result of such conduct:

In September 2015, the National Environmental Agency (NEA) issued preventive measures notices requiring 6 Indonesian companies to stop fires on their land that were causing haze in Singapore.

4 of these companies were suppliers of Asia Pulp and Paper (APP), an Indonesian pulp and paper manufacturing company. The NEA also served on APP a notice requesting information on these 4 suppliers for their potential contribution to haze in Singapore.

However, the 4 companies did not respond. Only 2 companies responded to the notices, explaining that they were no longer associated with the lands on which the haze-causing fires were burning in 2015. The NEA accepted the explanations and closed these 2 cases.

The NEA also obtained a court warrant against one of the directors of the remaining 4 companies that did not respond to the notice. This meant that if the director entered Singapore, he could be detained by NEA officers for the purpose of investigations under the THPA.

Ultimately, APP improved its fire suppression strategies and reaffirmed its commitment to a zero-deforestation pledge it made in 2013. Presently, it is unclear if the NEA is continuing to pursue the 4 companies linked to APP for any offence under the THPA.

Under the Environmental Protection and Management Act, those who discharge, cause, or permit to be discharged polluting matters such as trade effluent (liquid discharged from any trade), oil, chemical, or sewage into any drain or land without written permission from the Director‑General of Environmental Protection will be guilty of an offence. Such an offender can be fined up to $20,000 for a first offence, and an additional fine of $1,000 per day (or part thereof) that the offence continues after conviction.

Also, those who discharge, cause, or permit to be discharged any toxic substance or hazardous substance into any inland water, so as to be likely to cause environmental pollution, will be guilty of an offence. Offenders found guilty of this offence face a fine of up to $50,000 and/or imprisonment for up to a year for their first offence.

Under the Sewerage and Drainage (Trade Effluent) Regulations, a person can be fined up to $15,000 and face imprisonment for up to 3 months if they release trade effluent that does not comply with the Regulations. Such trade effluent includes those that:

An additional fine of up to $500 will be imposed for every day (or part thereof) the offence continues after conviction.

In March 2018, a firm was fined $12,000 for discharging copper-tainted water above the allowable limit under the Sewerage and Drainage (Trade Effluent) Regulations.

The Director‑General of Environmental Protection can order any person who has discharged any polluting matter into any drain, land, inland waters, or sea to remove and clean up the pollution within a specific time. If they fail to comply, they may face a fine of up to $50,000.

As stated above, those who discharge, cause, or permit to be discharged polluting matters into any drain or land without written permission from the Director‑General of Environmental Protection will face a fine of up to $50,000 and/or to imprisonment for up to 12 months under the Environmental Protection and Management Act for their first offence.

In addition, a person who pollutes the land or is likely to make the land unpleasant or toxic will face a fine of up to $20,000. In the case of a continuing offence, the person can face a further fine of up to $1,000 for every day (or part thereof) that the offence continues after conviction for a first offence.

Ships in Singapore waters can be arrested for causing environmental damage to coral reefs – even when the damage had not been caused in Singapore. In such cases, the ship’s owners may have to pay damages as compensation for the harm caused to the reef.

In March 2022, the Singapore High Court ordered the owners of the “Sevilla Knutsen”, a Liquefied Natural Gas carrier, to pay damages of US$829,650.80 for damaging the reef of Eauripik (an island in the territory of the Federated States of Micronesia (FSM)).

The carrier had caused scars to the reef in 10 locations and was arrested by the traditional chiefs of Eauripik while the carrier was in Singapore waters.

The amount of damages was derived by using a multiplier ascribed by the High Court, which was fixed at US$785 per square metre in the case. In deciding the multiplier, the High Court considered matters such as FSM law and case precedents, and evidence from the parties’ valuation experts.

To reach a conclusion on the area of reef damaged by the carrier, the court considered points and evidence put forth by opposing sides’ expert witnesses, such as aerial photographs of the damaged reef and the method of extrapolating the top-down area of damage of the reef to damage caused by the reef wall.

Interestingly, the court rejected Sevilla Knutsen’s proposal to pay damages calculated at the cost of restoring the reef as this would undercompensate the people of Eauripik. This was in view of the court’s recognition that the ecosystem and marine diversity would still need significant recovery time to reach its original state even after the reef had been restored.

As can be seen, there is a variety of legal action that can be taken in Singapore against those who damage the environment – even if such damage is caused outside of Singapore.

Not only that, where environmental damage has been caused by a Singaporean-based company outside of Singapore, action can be taken overseas to impose sanctions on the perpetrators as well.

For example, in June 2021, a fire aboard a Singapore-registered container vessel caused various plastics to spill and spread along Sri Lanka’s coastline. This caused extensive marine and beach pollution to Sri Lanka. The owner of the vessel was charged for allegedly committing offences under Sri Lanka’s Marine Pollution Prevention Act of 2008 and may also be subject to civil claims for its actions.

Protecting the environment is of high importance as it is tantamount to protecting the very world we live in. Our laws play a part by encouraging the protection of our environment, while punishing businesses and individuals who damage it.

If you run a business that is facing legal action in respect of environmental damage that it may have caused, it is recommended that you consult a lawyer to seek advice on your next steps and assistance with structuring your defence, as appropriate.

Nicole Thong Wen Teng
Nicole is a legal associate at Coleman Street Chambers. She hopes to use her legal knowledge and skills to help more people understand how the law affects our daily lives.
The information provided does not constitute legal advice. You should obtain specific legal advice from a lawyer before taking any legal action. Although we try our best to ensure the accuracy of the information on this website, you rely on it at your own risk.

Is OnlyFans Legal in Singapore? 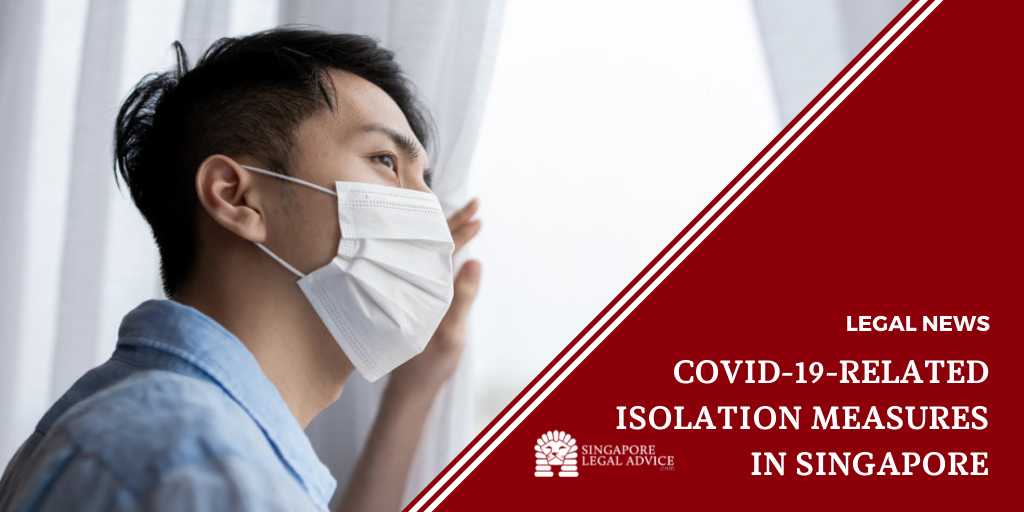