What is the Simplified Debt Restructuring Programme?

To assist in this debt restructuring process, the SDRP provides small and micro companies with:

What is a pre-packaged scheme of arrangement?

The court may approve of such a scheme on the basis that if a meeting of creditors had been called, a sufficient majority of them would have approved of the arrangement. This may be proved by the company showing evidence of out-of-court approval by creditors, such as writing to each creditor with the details of the proposed scheme and obtaining their written consent.

The SDRP is one-half of the Simplified Insolvency Programme, which also includes a simplified creditors’ winding up process. This article will explain:

When Can I Apply for the Simplified Debt Restructuring Programme?

Applications for the SDRP opened on 29 January 2021 and will close on 28 January 2024. This period is subject to changes as ordered by the Minister for Law.

Which Companies are Eligible for the Simplified Debt Restructuring Programme?

To qualify for the SDRP, a company must:

Additionally, the company must not:

This means that for the SDRP application to be granted, not only must the company fall within the thresholds for annual turnover and debts, but a pre-packaged scheme of arrangement must also have a possibility of succeeding. This is because it must not be unlikely for the scheme to obtain the requisite two-thirds creditor approval.

The SDRP caters to micro and small companies lacking the same resources that larger companies have access to, and aims to be faster and cheaper than existing debt restructuring processes. Compared to the normal scheme of arrangement process under the IRDA:

The moratorium period is especially beneficial as it gives the company time and space to formulate a restructuring proposal or to turn its business around. Following this, a successful scheme of arrangement would allow the company to restructure its debts with its creditors in a consensual manner, to avoid costly court processes and help the company avoid being wound up.

How to Apply for the Simplified Debt Restructuring Programme

The company must make an application to the Official Receiver, an appointed public official who acts as a regulator for the SDRP, to be accepted into the SDRP. The application may be made via the Ministry of Law Insolvency Office E-Services website, and must include:

It is important to ensure that the information provided is accurate as directors or other executives of a company that provides false or misleading statements, information or documents to the Official Receiver will be guilty of an offence.

If a company is eligible for the SDRP and complies with the application requirements, the Official Receiver will send a notice of application to the company and its creditors. It will also publish the notice on the Ministry of Law website.

Note that if one-third in value or more of the company’s creditors object to the SDRP, the application will fail as it would no longer be eligible for the SDRP.

What Happens If the Application for the Simplified Debt Restructuring Programme is Successful?

Company is notified and has to pay a deposit

The company will then be required to pay a deposit of $18,750. This deposit is used to cover the costs incurred by the Official Receiver in appointing and paying Restructuring Advisors to act for the company.

If the deposit is not paid, the company will not be accepted into the SDRP. The deposit also does not include any expenses incurred by the Official Receiver for travel and other reasonable purposes, which are to be paid separately.

The default duration of the SDRP is 90 days starting from the publication of the company’s acceptance into the SDRP. During the SDRP however, the company may apply to the Official Receiver for an extension of this period using Form SDR-1 if required.

The SDRP may be discharged before the expiry of the 90-day period if any of the discharge events described in the section below (under “Discharge from the SDRP”) occurs. These include the expiry of the SDRP period, a court deciding on the pre-packaged scheme of arrangement and other events.

For the duration of the SDRP, the following restrictions on legal proceedings or other claims against the company apply:

Offences relating to disposing of property

If a company that has been accepted into the SDRP disposes of property in a manner that is not in good faith or not in its ordinary course of business, it will be liable for a criminal offence.

Additionally, a director of the company who consented to or permitted the disposal of property to occur, while having knowledge of such disposal, will also be personally liable for a criminal offence.

Seeking approval for a pre-packaged scheme of arrangement

To enjoy the benefits of the SDRP, including the protection from creditors, the company must apply for the approval of a pre-packaged scheme of arrangement. If an application is not made, such that there is no likelihood of a scheme being approved, the SDRP will be discharged.

In applying to the court for the scheme, the company must have first informed the creditors intended to be bound by the scheme of:

In addition, the company needs to inform creditors of how they can object to the application and the deadline for filing the objection.

Finally, under the SDRP, the court must be satisfied that a majority of at least two-thirds in value of the creditors or class of creditors would have voted in favour of the scheme. This is a lower requirement compared to the normal IRDA scheme of arrangement, which requires approval from at least three-quarters in value and more than half in number of creditors.

A company may prove this to the court by preparing the scheme and obtaining the written agreement of its creditors to the scheme.

In determining whether the creditors would approve of the scheme, creditors must first be classified according to the nature of the debts they hold.

For example, the unsecured debtors of a company may include a majority director-shareholder of the company who is owed $70,000 and a bank that is owed $30,000. In this case, the director voting in favour of a scheme would normally cause the scheme to pass the two-thirds majority threshold regardless of how the bank votes.

This scheme could have the effect (subject to court approval) of writing off the debts of all unsecured creditors. This would then cause the bank to lose $30,000 while the director-shareholder may recoup his loss through the corresponding increase in the net assets of the company. Such situations would be unfair to creditors who are not related to the company.

Next, creditors may be classified according to:

For a scheme to be approved, the court must be satisfied that a two-thirds majority of each class would vote in favour of the scheme.

Approval of the scheme of arrangement

Once the scheme is approved, it will be lodged with ACRA. After which, it becomes binding on all the company’s creditors, including those that did not consent to the scheme.

When will the company be discharged from the programme?

The SDRP ends on the earliest of the following events happening:

What happens after the company is discharged from the programme?

Upon the discharge of the SDRP, notice of the discharge will be published by the Official Receiver in the Government Gazette and the Ministry of Law website.

At this point, the moratorium on legal proceedings ends. This means that creditors can once again demand payment of debts from the company, enforce security against the company or sue the company.

However, if the company had been able to bind its creditors via a scheme of arrangement, these creditors may be contractually prevented from taking such action against the company.

If you manage a small business that is facing cashflow issues with pending debts, you should strongly consider applying for the SDRP while it is available. Your company does not need to be insolvent for it to be eligible for the SDRP.

In applying for the SDRP, you should contact a corporate lawyer if you require assistance in making your application. This is especially important as failing to disclose information, or making a false statement, can result in the SDRP application failing or even criminal liability for the directors or other executives of the company.

A corporate lawyer will also be able to help classify your creditors and structure the pre-packaged scheme of arrangement, such that it has the highest possible chance of achieving the requisite two-thirds approval from all classes of creditors. Given that the default SDRP period is only 90 days, it may be crucial to have the scheme approved as quickly as possible.

You may get in touch with experienced corporate lawyers here.

Ryan Cheong
Ryan is a final year law student at Singapore Management University and a dedicated geek with a love of cats and coffee. Spare time is often spent tinkering with computers, audio, or espressos.
The information provided does not constitute legal advice. You should obtain specific legal advice from a lawyer before taking any legal action. Although we try our best to ensure the accuracy of the information on this website, you rely on it at your own risk. 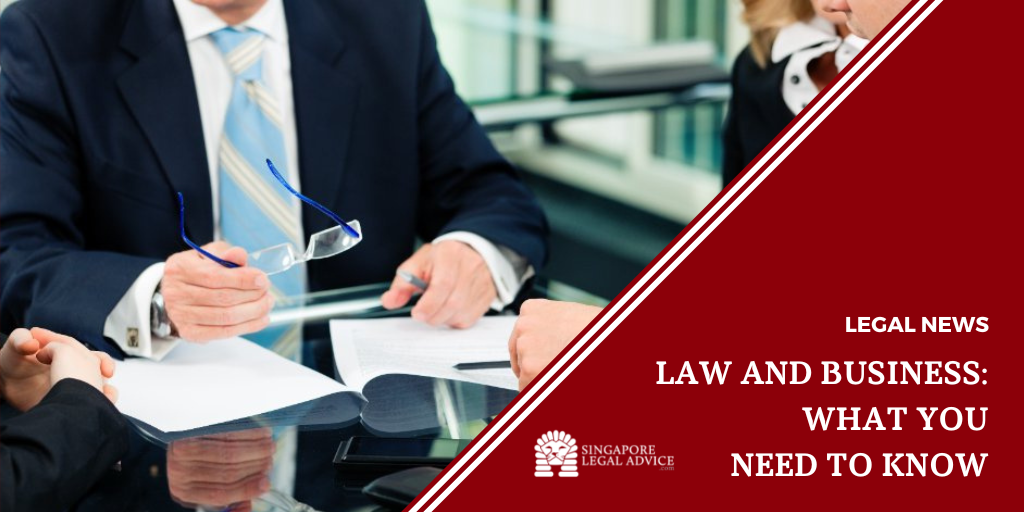