All templates are created by SingaporeLegalAdvice.com

The company’s constitution would typically provide that the Board of Directors (the “Board”) has the authority to issue (i.e allot) shares in the company. For example, clause 7(1) of the Model Constitution states:

“Without prejudice to any special rights previously conferred on the holders of any existing shares or class of shares but subject to the Act, shares in the company may be issued by the directors.”

However, section 161 of the Companies Act (CA) requires shareholders to give their approval for the issuance of company shares, “notwithstanding anything in the company’s constitution.” As a result, the Board must obtain, from the shareholders, either:

The general mandate would have to be renewed at every Annual General Meeting (AGM) of the company. Nonetheless, a general mandate does away with the need for specific mandates with every issuance of shares.

Shareholders’ Resolutions Passed at a General Meeting of the Company

A shareholders’ resolution for a general mandate or a specific mandate may be passed at a general meeting of a company. The AGM, which must be held within 6 months after the end of the company’s financial year (for non-listed companies), is an example of one such general meeting. All general meetings other than an AGM are typically referred to as “Extraordinary General Meetings” or EGMs.

The procedure for general meetings is typically provided for in the company’s constitution as well. Once the quorum is met (typically, at least 2 shareholders must be present for there to be a quorum), the resolution would be put to a vote of the shareholders.

The vote would be conducted by a show of hands unless a poll is demanded. Once the shareholders’ resolution has been passed, it will be recorded that the resolution was duly passed at that general meeting of the company.

Unless otherwise provided in the constitution of the company, a written resolution for a general mandate or a specific mandate is an ordinary resolution which may be passed by at least 50%  majority of the shareholders.

If the company has only 1 shareholder, section 184G of the CA provides that a resolution may be passed by that sole shareholder by him recording the resolution and signing the record.

Template for Resolutions to Appoint a Company Secretary

Template for Resolution for Transfer of Shares

My experience with Covenant Chambers has been a very positive one. Prior to taking on my case, Mr Jonathan Cho…

Covenant Chambers' services have provided SAS with a great solution to our needs; timely, informative, and cost-effective guidance on various… 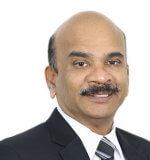 Excellent lawyer! He is so sharp. He helped me fight my case even when I wasn't optimistic about it.