6 warning signs your child is a victim of bullying

Singapore has the third highest rate of bullying in the world. How do you know if your child is being bullied? And what can you do to put a stop to it?

When I was in the 5th grade (Primary 5) a small group of girls from my class who used to be my friends turned against me and would pick on me and they would deliberately exclude me from their activities.

I was called fat, annoying, a know-it-all, show-off, lame, a loser — and one day in the library they even tossed a book about vegetables onto my lap to either insinuate that I was as stupid as a vegetable or I was overweight so therefore should just stick to eating greens.

It made me dread going to school and I would feel anxious every time I stepped in the classroom.

One of the “mean girls” was actually the daughter of my parents’ close friends, but my mum and dad were completely oblivious to the emotional trauma I was dealing with, and were confused as to why I refused to join them when our families planned outings together.

I eventually learned to stand up for myself and spoke up against my bullies to put them in their place — but I still wished that my parents knew what was going on in school and helped me through it so I didn’t have to suffer in silence. 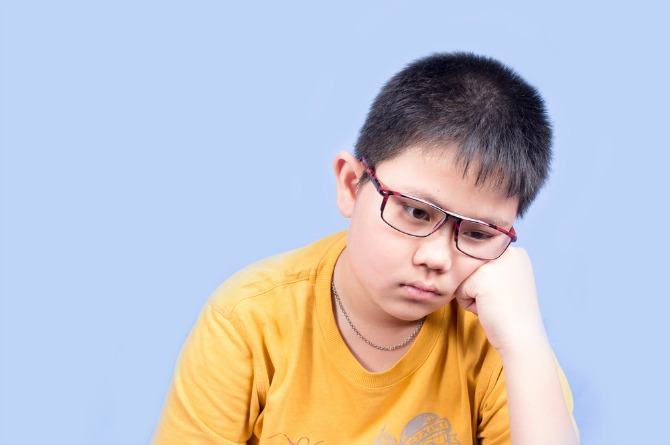 How can you tell if your child is a victim of bullying?

High level of bullying in Singapore

A recent study reveals that Singapore is one of the top three countries in the world with the highest level of bullying, and there also seems to be plenty of videos circulating online of local students getting bullied.

No parent wants to discover that their child is on the receiving end of bullying, especially since it has been linked to cause an increase in suicide risk.

So how will you know if your child is being bullied, and what exactly can you do about it?

According to the Bully-Free Programme, a campaign launched by the Singapore Children’s Society, there are some warning signs parents should watch out for to know whether or not your child is a victim of bullying:

Most kids enjoy going to school to learn new things and also spend time with their peers, but if your child is suddenly coming up with all sorts of excuses to stay home (such as pretending to be sick), this could be a red flag.

If there is a bully in school who is targeting your child, this might be why he’s actually afraid of going there.

He could also be cutting certain classes to avoid that particular person, or secretly skipping school altogether.

It’s normal for kids to misplace their pencil case, or even lose their wallet due to carelessness — but if you notice that your child’s personal belongings are constantly getting damaged or he seems to be losing a lot of items, this is not a good sign.

There could be a bully who is deliberately destroying your child’s things, hiding his personal items from him as a cruel prank, or even stealing from him. 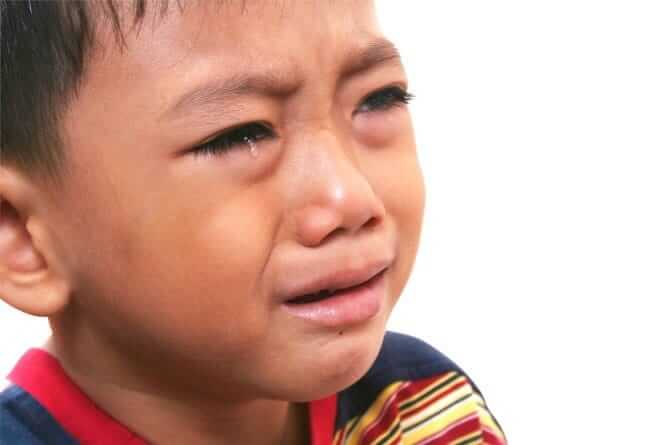 Your child’s random emotional outbursts could be due to bullying

Is there a change in your child’s behaviour and has he been acting out of character lately?

If your child is being bullied, he could feel very anxious every time you ask him about school or his classmates and be unwilling to talk about it.

It could even lead to him having random crying spells, an emotional outburst, or display aggressive behaviour towards you, your partner, and siblings.

If your child has been doing well in school so far and then suddenly starts to lose interest in his studies, or his grades have been dropping, this could be another sign that he is being troubled by bullying.

Feeling nervous or anxious about going to school and having to face his bully could even affect his sleep at night, and in turn cause poor academic performance.

Feelings of self-loathing, anxiety, frustration or humiliation from being bullied might cause your child to engage in self-harm, such as: 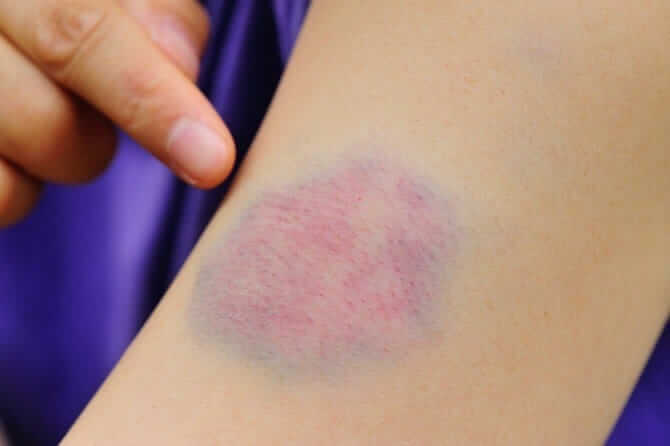 Have you noticed any strange bruises or unexplained cuts on your child?

Kids might get bumps and scrapes from taking part in sports or other physical activities, but parents should be on the look out for strange cuts and bruises.

If you notice a large blue-black mark on your child’s arm, or a cut on his face, but he is unable to give you an explanation as to how he sustained these minor injuries, it could be an indication that he is being physically bullied by someone.

This is probably the most obvious sign of bullying, but if parents are simply not aware, or the evidence is kept well hidden out of sight (under long sleeved shirts, plasters and bandages, or makeup), then it could go undetected.

Bullying comes in many forms and some might not be as obvious to parents.

According to research on Bullying in Singapore Schools, there are four main types of bullying which include:

The popular saying, “Sticks and stones may break my bones, but names can never hurt me”, seems to be rather inaccurate because verbal abuse can actually cause emotional and psychological damage.

Verbal bullying is when someone is called all sorts of negative names, their physical traits are made fun of, vulgarities or offensive words are being hurled at them, or they are being threatened with physical violence. 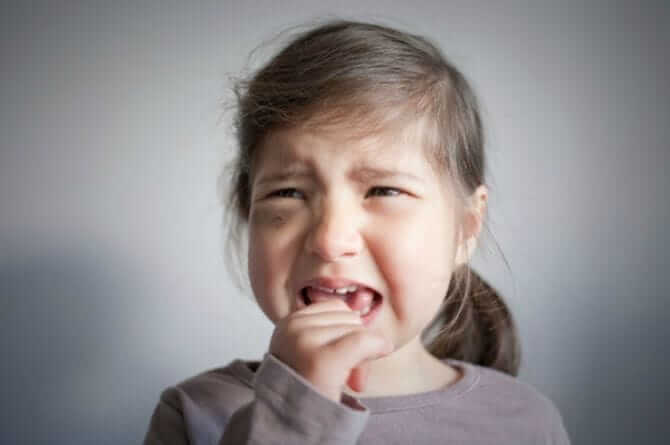 To exert dominance, a bully could resort to physical aggression and cause harm to their victims by hurting them through:

If your child is deliberately excluded by his friends from certain activities, intentionally not invited to their social events, or having false rumours being spread about them, then they could be a victim of relational bullying.

Your child’s frenemy (or fake friend) could very well be her bully.

With the rise of technology and increased use of smart phones, laptops and computers, your child has easy access to more people and the internet, so unfortunately could fall prey to cyber-bullying. 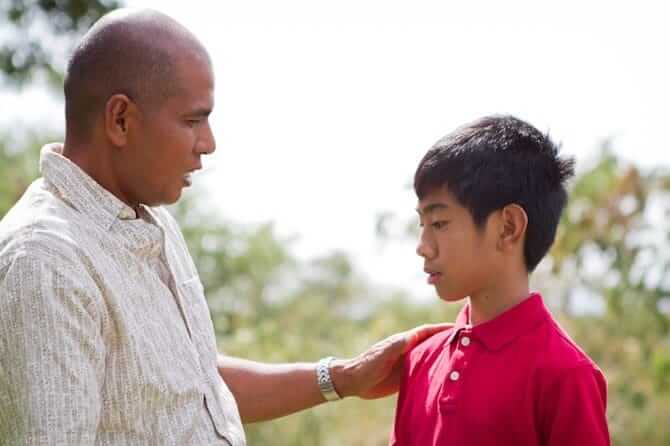 Parents, watch out for the red flags that indicate your child is possibly being bullied

What you can do to help your child

When Mr Jeffrey Pay discovered that his 13-year-old daughter was being bullied in school by a classmate who would berate her and spew vulgarities at her, his final resort was to make a police report against the bully.

But before going to such drastic measures, there are a few steps you can take to help tackle your child’s bullying problem.

The Bully Free Programme encourages parents to have an open communication with your child and let him know that you are always there to support them.

If your child confides in you about the bullying problem he is facing, encourage him to stand up for himself, while also knowing when to walk away from dangerous situations.

You should report the case of bullying to the school and provide details such as the name of the bully, the actions that took place, the date and time, and the impact it had on your child.

You can also arrange for you and your child to meet with the school counselor for help and guidance. 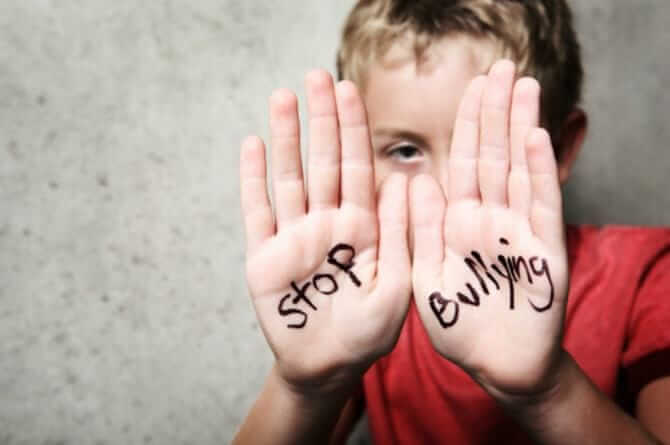 Mums and Dads, you can help your child overcome bullying

Remember not to trivialize your child’s woes about being bullied, or make fun of him for being a victim — it took a lot of courage for him to open up to you and you would not want to betray his trust nor make him feel worse.

Avoid confronting the bully or the bully’s parents on your own, as this could make them naturally feel defensive and even push the blame to your child, which could just make matters worse.

Help your child help themselves

Being bullied can really affect one’s self-esteem, so parents should help their child build their confidence once again, make new friends if necessary, and also learn to defend themselves against bullying.

You cannot fight all the battles for your child, but you can help them develop their potential and focus on their own character so they have the strength and confidence to face any bully they may encounter in life.

What would you do if your child is being bullied? Do you think you would go as far as to file a police report against the bully? Do share your comments below!